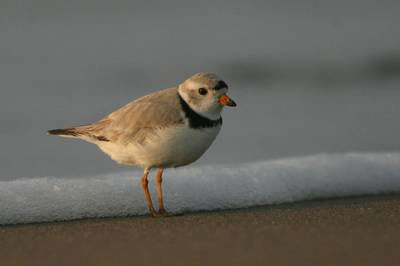 Nature Canada (BirdLife in Canada) has applauded the move by the federal government of Canada to settle an outstanding court case that surrounds the protection of the Piping Plover. The move could be the first step towards enhanced protection for many of Canada's other endangered species, say conservationists.

In December 2006, BirdLife were among those reporting that a coalition of organisations were to file a lawsuit against the Canadian Environment Minister for her ministry's refusal to identify critical habitat in the recovery strategy of Piping Plover.

"For naturalists, the court case was a last resort that we saw as a choice between doing nothing and risking extinction of not just the plovers, but also Canada's endangered species protection law," said Julie Gelfand, President of Nature Canada.

The alliance of organisations stated that the federal government was failing to implement the Species at Risk Act adequately by not identifying critical habitat in recovery planning documents for Piping Plover.

"We hope this move by the minister signals the possibility that both the Piping Plover and Canada's other endangered species can be saved." said Gelfland.

The turn-around came as a surprise to the organisations involved. Last week each was informed by government lawyers that the government would immediately pull the current Piping Plover recovery strategy and reintroduce it with critical habitat identified.

In addition, it was announced that the government would address a backlog on recovery planning for over 50 endangered species.

"It takes science to identify habitat and political will to protect it," said Rachel Plotkin of the David Suzuki Foundation, another of the organisations involved. "We applaud the government's change of heart but the real proof will be in whether the federal cabinet has the will actually to protect the habitat."