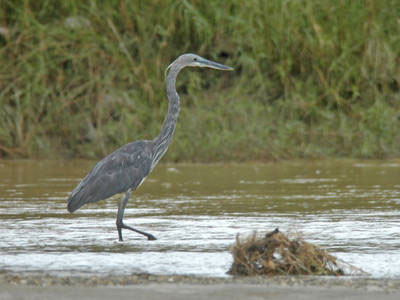 A fourth joint BirdLife/Biodiversity and Nature Conservation Association (BANCA — BirdLife in Myanmar) survey in Kachin State, northern Myanmar, has failed to find evidence of the continuing existence of the Pink-headed Duck Rhodonessa caryophyllacea. "We followed up local reports, but all proved to be White-winged Ducks," said expedition leader Jonathan Eames of BirdLife in Indochina. "If the Pink-headed Duck was resident in Kachin, we surely would have found it by now. Perhaps it is indeed extinct or is only a visitor to the region."

Large areas of apparently suitable habitat have now been surveyed in Kachin State, through a project funded by the UK government's Darwin Initiative. Undaunted, the team hope to survey areas further south in Myanmar where Pink-headed Ducks were historically recorded.

Find out more about the work of BirdLife International.
Written by: BirdLife
Login to leave a comment
Return to List