In a major boost to hopes of their re-establishment in England, Pine Martens have produced offspring in the Forest of Dean.

The reintroduction scheme, led by Gloucestershire Wildlife Trust and Forestry England, with support from Vincent Wildlife Trust, the Woodland Trust and Forest Research, has confirmed – with help from radio tracking and trail camera monitoring – that at least three newly released females have given birth to young. 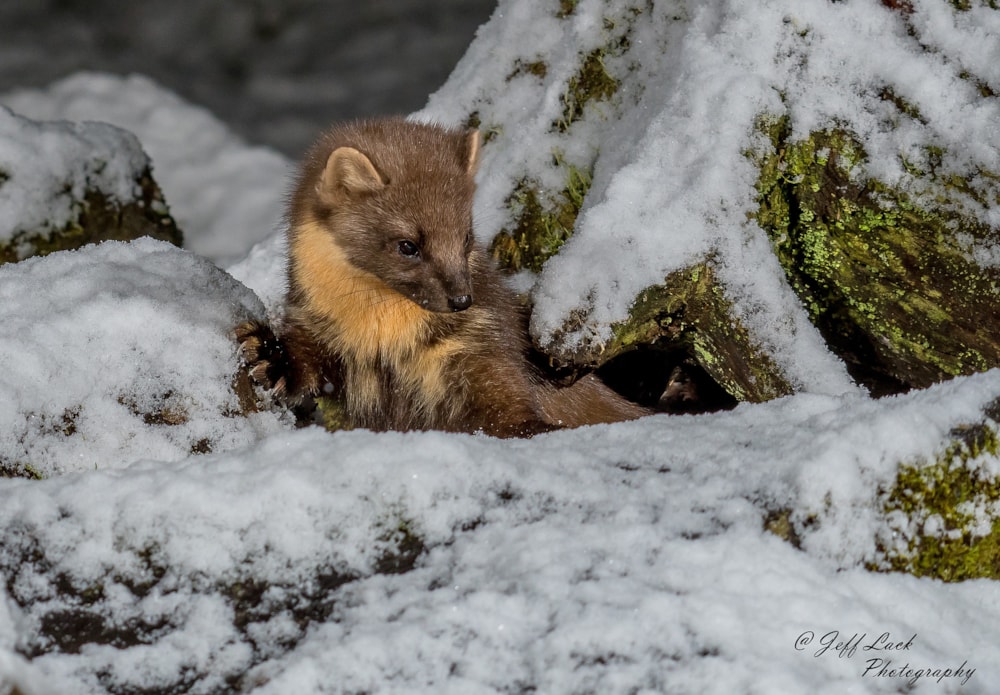 At least three female Pine Martens have given birth to kits in the Forest of Dean (Jeff Lack).

Excessive hunting and the destruction of their woodland habitat during the past two centuries essentially wiped Pine Martens out of England, with a tiny stronghold in the north-west Highlands of Scotland only recently making a comeback. This to the first formal English reintroduction scheme in the Forest of Dean, with the first 18 animals translocated from Scotland to Gloucestershire in September 2019. There have been sightings in Shropshire in recent years.

Pine Martens do not necessarily breed every year, which is part of the reason for their slow recovery in England and Wales, so the presence of kits is positive news. Dr Cat McNicol, Gloucestershire Wildlife Trust's conservation projects manager, said: "This is hugely reassuring for us and a major success factor for the project.

"The fact that some females have given birth suggests the conditions in the forest are as good as we had hoped. There seems to have been plenty of food available for them through winter and there are lots of great denning sites for the females to give birth and raise kits in, such as old beech trees full of hollows and mature conifers with cracks and cavities out of reach."

The three-year reintroduction project, which follows a scheme to bring them back to Wales, aims to bring up to 60 Pine Martens to the Forest of Dean.

Rebecca Wilson, a planning and environment manager for Forestry England, commented: "The hope is that over the next two years, more Pine Martens will be released into the forest and that a population will establish there. This population will then spread and link up with recently reintroduced Welsh Pine Martens, creating a new stronghold for the species and ensuring its survival."