Pine Grosbeaks on the move in Norway

A significant southward movement of Pine Grosbeaks is underway in Scandinavia this autumn, with large numbers showing up in parts of south-west Norway.

Anecdotal evidence from Scandinavian birders suggests that the influx is not quite as large as that seen two years ago, when many thousands were noted well to the south of their usual range across Norway and Sweden, but is nonetheless sizeable.

The initial arrival has taken place almost exclusively in Norway, where 542 grosbeaks had been recorded by 25 October (compared to 308 in 2019). A quieter spell then followed, but numbers have once again started to swell, with 3,992 birds noted by 8 November (4,975 in 2019).

Unlike in 2019, there have been barely any reports of big numbers in Sweden so far this autumn – until 6 November, when a count of 2,013 was noted migrating south along the Baltic coast near Uppsala. For context, more than 13,000 grosbeaks were noted in Sweden in the last week of October 2019. 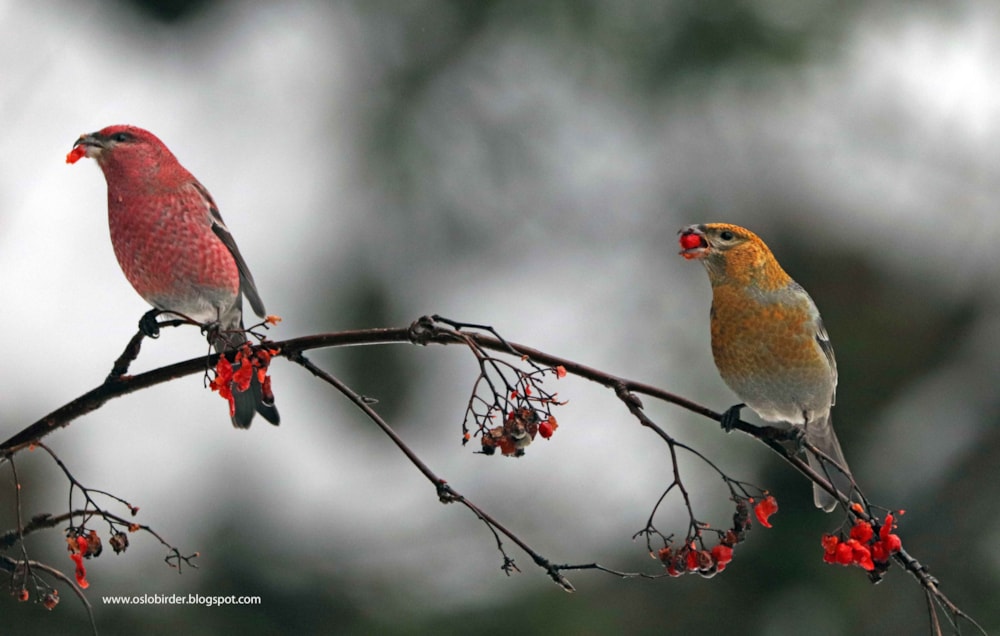 Despite being numerous as close as south-western Norway in some winters, Pine Grosbeak remains an extremely rare visitor to Britain (Simon Rix).

So far, there have been no confirmed records in Denmark, although birds are expected there any day now. This is in contrast to 2019, when dozens of birds had already been recorded in northern Denmark by the end of October, including a Danish site record count of 105 over Nordmanshage on 31st.

Unfortunately, major invasions of the species in Scandinavia rarely translate to arrivals in Britain. Pine Grosbeak is seemingly reticent make lengthy sea crossings, with just four British records since 1992, despite numerous previous influxes resulting in hundreds of birds just across the North Sea in western Norway. In fact, the most recent record came in winter 2012-13, with the record-breaking 2019 invasion not producing a single claim on British shores.

With thanks to Simon Rix (oslobirder.blogspot.com) and Simon S Christiansen (www.skagenfuglestation.dk) for their information and analysis on Pine Grosbeaks.