At least two feral Rock Doves have been seen wearing cowboy hats on the streets of Las Vegas.

Numerous city residents have spotted and reported sightings of two of the birds adorned with the hats around the city this week. No one seems to know how the birds came to be wearing the hats, but a local bird rescue group has expressed its concerns over the apparent mistreatment of the pigeons. 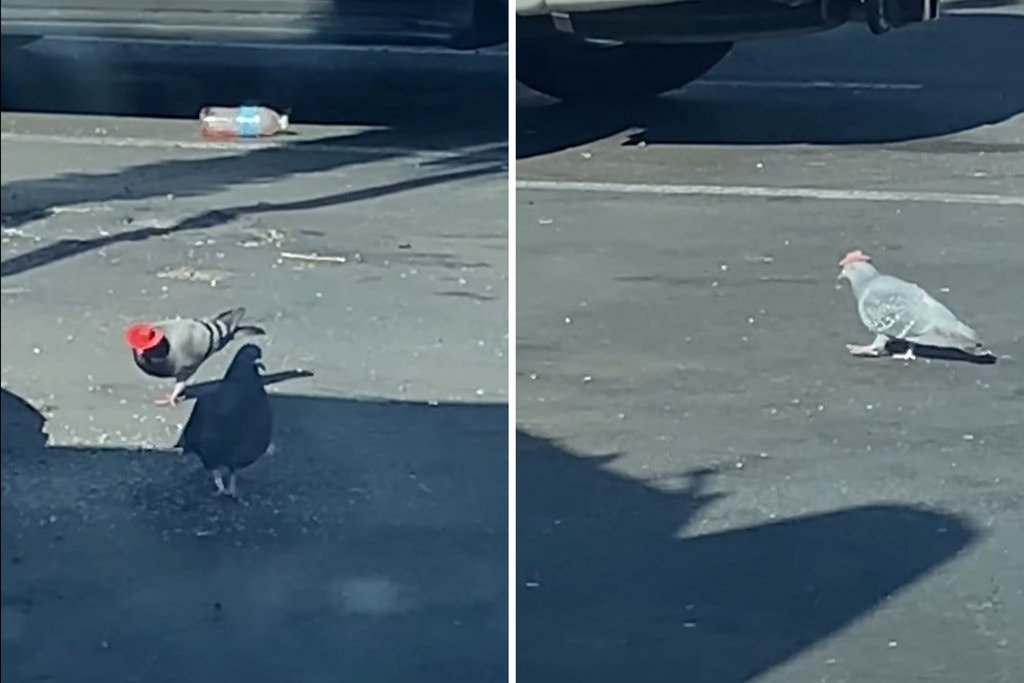 Mariah Hillman, co-founder of Lofty Hopes, a pigeon rescue, told CNN it looks like the tiny accessories were glued to the animals: "When we saw them today, you could see some loose feathers in the glue around the hat," she said. "It's definitely a concern."

The rescue group put out traps to try to nab the birds, which have been dubbed Cluck Norris, in the red hat, and Coolamity Jane, in the pink lid. The birds have become their own social media sensation, with Las Vegas residents looking out for the hatted duo.

"I finally found one," tweeted Kassandra Flores with a video of the hatted creature. Flores told CNN she didn't believe the birds were real until she spotted Cluck Norris in her mother's neighbourhood Monday.

"At first it was outside my door and I was excited ... but before I could get a video, he flew away," she said. "And then as I was leaving I [saw] him again and was able to get a video."

Rumour has it a third bird 'wearing' a brown hat is at loose, but Hillman said her group hasn't been able to confirm this.