A pigeon fancier has been fined after killing a Eurasian Sparrowhawk with an air rifle.

Duncan Cowan, from Cowie in Stirlingshire, was ordered to cough up £450 at Stirling Sheriff Court as a result of the incident. On 18 April 2019, the raptor was spotted predating a pigeon in a field next to the 60-year-old's garden. 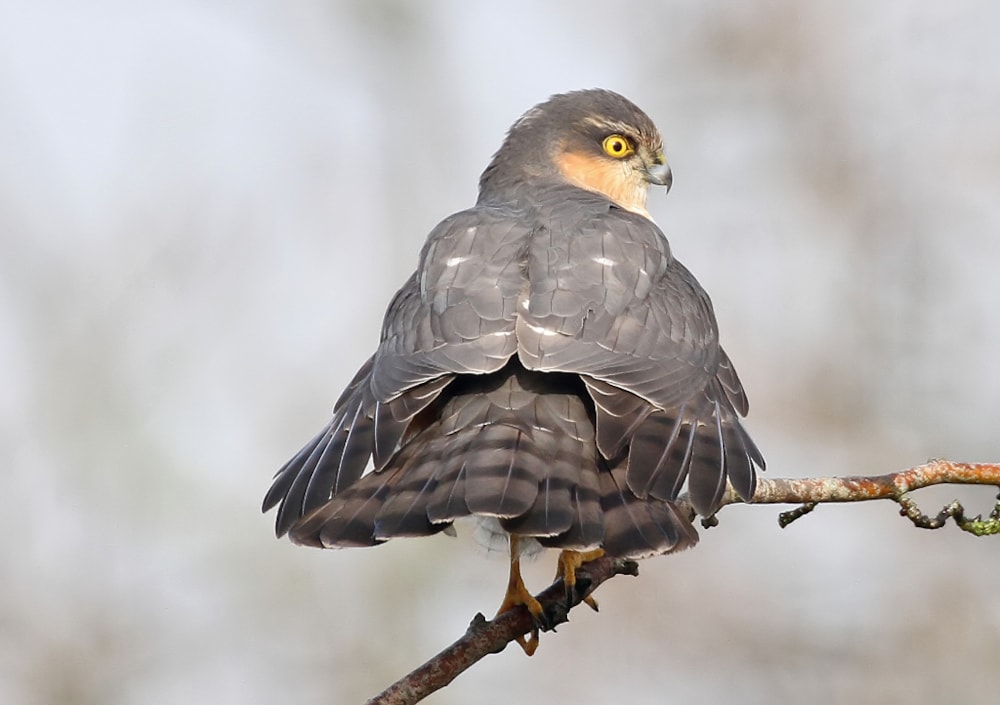 The Eurasian Sparrowhawk was shot with an air rifle and then died from its injuries (Geoff Athey).

He was seen coming out of his shed with an air rifle before firing at the bird three or four times. Police were called before the Scottish SPCA took the injured sparrowhawk, which had lost a lot of blood, to their wildlife centre for treatment on a chest wound.

The bird was bandaged, given intravenous fluids, painkillers and antibiotics but it died from its injuries shortly afterwards. The vet's conclusion was the bird suffered prolonged pain and distress from when it was shot until it was anaesthetised.

The cause of death was cited as 'severe trauma consistent with death due to shooting and associated blood loss'. Sara Shaw, Procurator Fiscal, Wildlife and Environment, said: "I welcome today's conviction and the message it sends to those who choose to commit acts of violence against wild birds.

"Wild birds are given strict protection under our wildlife laws and COPFS will continue to prosecute such cases where appropriate to ensure that offenders are brought to justice."