The Ministry of Environment of Peru has declared 17,600 hectares of cloud forest and páramo in the Tropical Andes as a protected area. The area will be officially recognised as a private conservation area or Area de Conservación Privada (ACP), which will provide legal protection against harmful activites such as logging, intensive agriculture and illegal mining.

World Land Trust (WLT) has been supporting partner Naturaleza y Cultura Peru (NCP) to create a network of seven ACPs in Northern Peru, which will cover 20 per cent of the country's cloudforests. The San Miguel de Tabaconas ACP is the third WLT-funded ACP to be declared as part of this project and joins the communities of Chicuate Chinguelas and San Juan de Sallique, both of which were established during the last three years.

Now the total area of this unique montane habitat is some 45,000 hectares. The region is home to an array of threatened species, including Red-faced Parrot and Masked Mountain Tanager. Various mammals also reside in the area, including the little-known Inca Oldfield Mouse and far more iconic Spectacled Bear and Mountain Tapir. 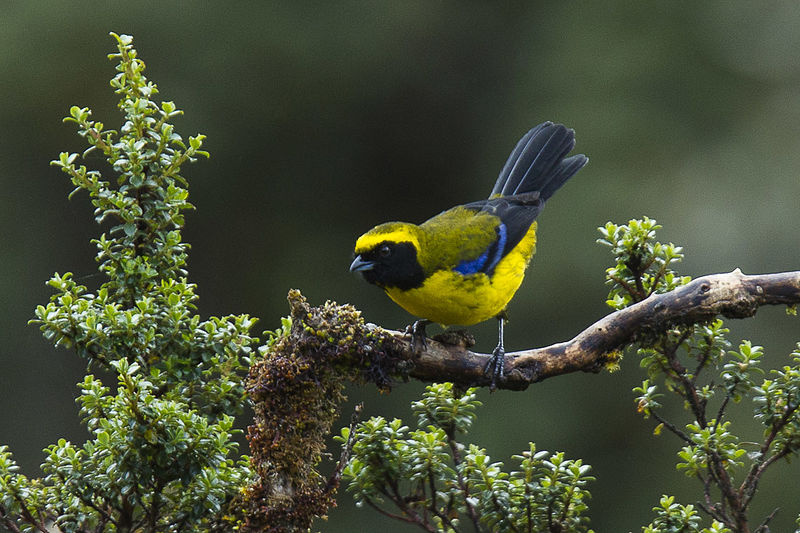 Masked Mountain Tanager is one of the species that will benefit from the new land protection (commons.wikimedia.org).

As well as being an important area for conservation in terms of ecosystem services (water supply and carbon storage), the region also offers immense economic value to the local population, including medicinal plants, timber and commercial native fruits. By declaring the ACPs, the Ministry of Environment in Peru and the regional governments of Piura and Cajamarca have recognised the area as a priority for conservation.

Richard Cuthbert, WLT's Director of Conservation, said: "It is important that the management of a habitat lies in the hands of the resident local communities who live and use these areas. We will keep supporting the hard work of our in-country partner, Naturaleza y Cultura Peru, to assist local communities to sustainably manage their resources and in developing further protected areas within the Tropical Andes."