A Perthshire estate has been sanctioned after "clear evidence" of wildlife crime was found on the property.

It included a satellite-tagged Hen Harrier found dead on Lochan Estate in an illegally set spring trap. NatureScot has restricted its general licences, which allow certain activities to control common species of birds to protect crops or livestock, for three years. 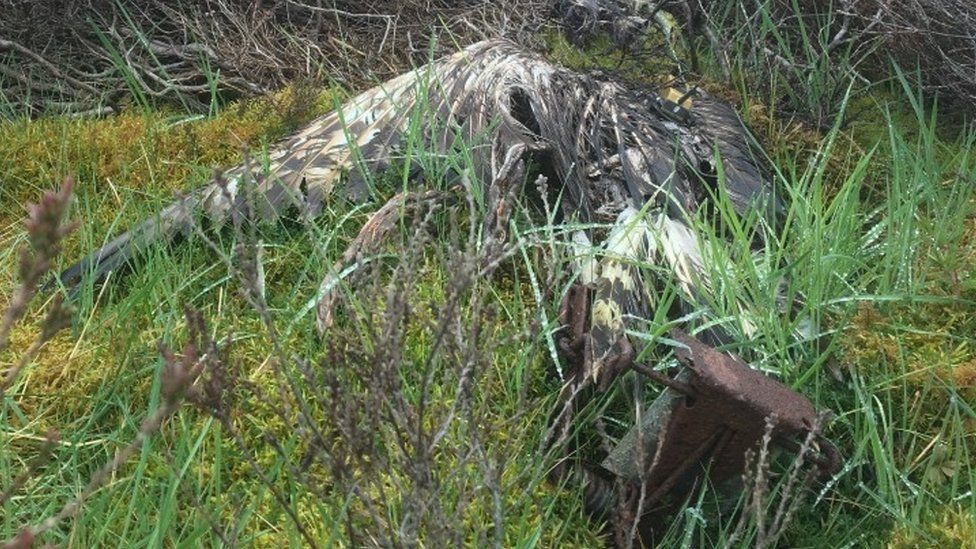 Lochan Estate said it "categorically rejects any suggestion of wrongdoing". A spokesman for the 4,000-ha estate said it would be appealing the decision.

The remains of the young female Hen Harrier, named Rannoch, were found by RSPB Scotland in May 2019. It was caught in a spring trap which had been set in the open. Its post mortem noted that the bird would have experienced "significant unnecessary suffering".

The evidence was supplied to NatureScot, Scotland's agency for wildlife and habitats, by Police Scotland. NatureScot said the estate could still apply for individual licences but these would be "closely monitored." The three-year restriction can be extended if further evidence of offences comes to light.

Donald Fraser, NatureScot's head of wildlife management, said the restriction was a "proportionate response" to protect wild birds in the area. He said: "In this case, there is clear evidence that crime involving a wild bird occurred on this property. This measure will help to protect wild birds in the area, while still allowing necessary land management activities to take place, although under tighter supervision."

A spokesman for Lochan Estate said: "The estate categorically rejects any suggestion of wrongdoing in relation to the welfare of wildlife. We made very robust representations five months ago and only received the notification this week, which we found surprising given the material we produced. We will therefore be appealing this decision."