Hundreds of Common Starlings found dead along a road in North Wales are to be tested to discover how they succumbed.

Some 225 of the birds were discovered with blood on their bodies in a lane on Anglesey, North Wales Police said. Dafydd Edwards, whose partner found the birds, said it was as if "they had dropped down dead from the sky". The Animal and Plant Health Agency has collected specimens for testing and will examine whether they could have been poisoned. 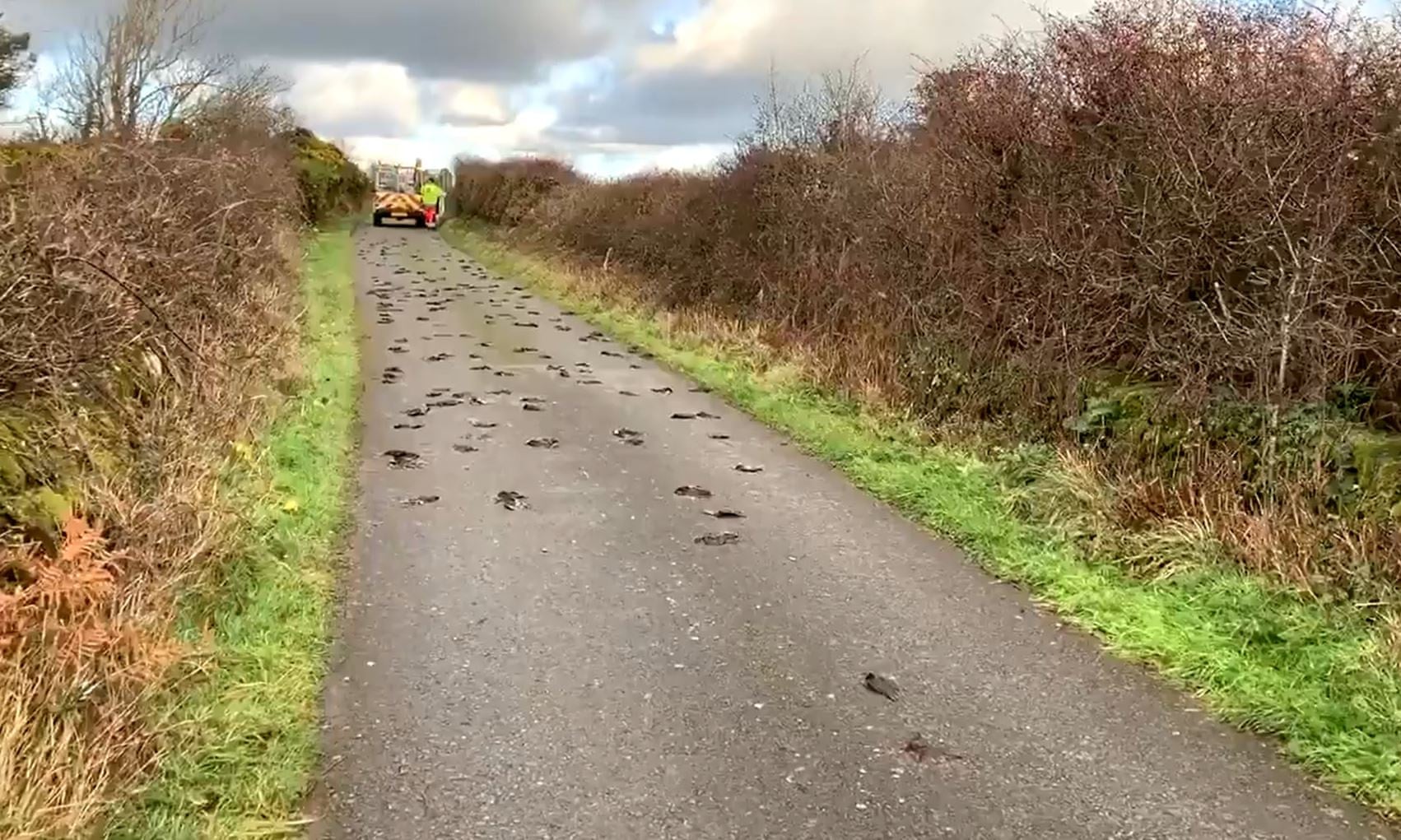 It has been speculated that the mass death of Common Starlings was a result of poisoning (North Wales Police).

Speculation on what triggered the mass death has been the subject of much conversation on social media, with suggestions ranging from poisoning and gassing, to lighting strikes, disturbed roost and 5G.

North Wales Police said it was investigating the "very strange" discovery and has appealed for information. "We don't know how it has happened," admitted PC Dewi Evans.

Mr Edwards, 41, said his partner Hannah Stevens first saw the birds alive as she went to an appointment on Tuesday afternoon: "She said she saw hundreds of them flying over and thought it looked amazing but on her way back around an hour later they were all dead in the road.

Ms Stevens reported seeing the birds eating something in the road: "I counted 150 last night but I gave up as there's just hundreds of them littered everywhere. It's as if they just dropped down dead from the sky."

A spokesman for the RSPB said: "This is obviously very concerning for us and we will await the test results. It would be inappropriate for us to speculate as to how they have died."