Peregrine suspected as poisoned in Shropshire

A Peregrine Falcon is thought to have been poisoned at a notorious raptor blackspot in Shropshire.

On the morning of Saturday 1 May, officers received information that a female peregrine had been found dead on the hillside below a nest site near Clee Hill Quarry. PC Grant of West Mercia Police said: "The body was recovered together with a pigeon that had been used as bait.

"The male bird has not been found, but is also believed to have been killed. The baited pigeon at the scene indicates that poison was used to kill both birds. The incident is currently under investigation by both West Mercia Police and RSPB Investigations." 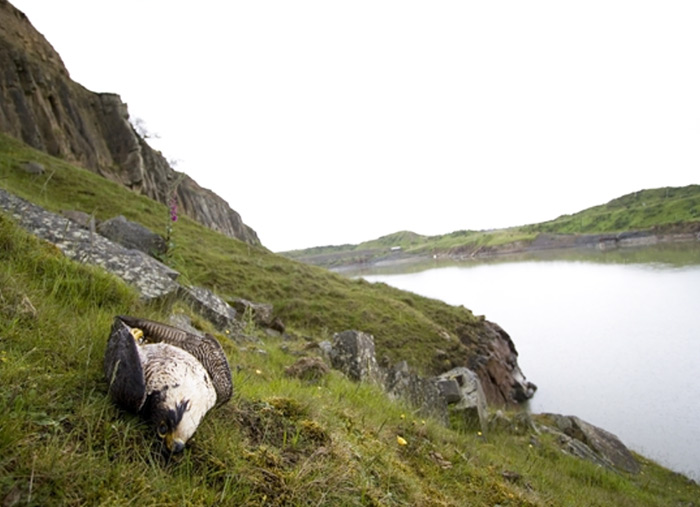 West Mercia Police is asking members of the public walking on Clee Hill Common with children and pets to be aware and to take care that poisoned bait may still be around and not to touch any dead animals that they may come across.

If anyone has any information regarding this incident, or sees any dead animals or anything suspicious, please contact the police on 101 and quote incident number 258i of 1 May 2021.