A Peregrine Falcon was taken into care after it was found with a presumed pellet gun wound to the wing in Northumberland.

The bird was admitted to Blyth Wildlife Rescue on Tuesday [16 February] evening with heavy bruising, inflammation and an entry wound from a presumed pellet gun or similar to the wing. Despite being a little underweight, the falcon ate well overnight and otherwise appeared healthy. 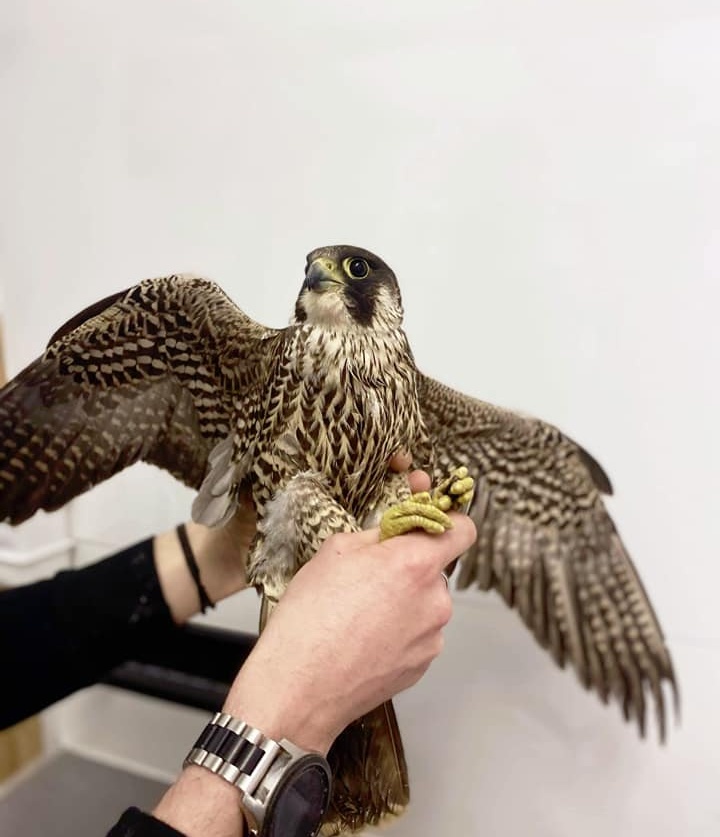 An x-ray will determine the exact cause of the injury. Blyth Wildlife Rescue, also known as Northumbria Wildlife Rescue, is a dedicated wildlife rescue charity based in North-East England. You can visit their website here to help support their work.