The body of a female Peregrine Falcon has been found after it fell from the platform of Leicester Cathedral, with the bird thought to have had bird flu.

The female, male and a juvenile have been in occupation at a nestbox at the cathedral this summer. But the Leicestershire and Rutland Ornithological Society (LROS), which monitors the birds of prey, said it became concerned about her health before the fall in mid-August. 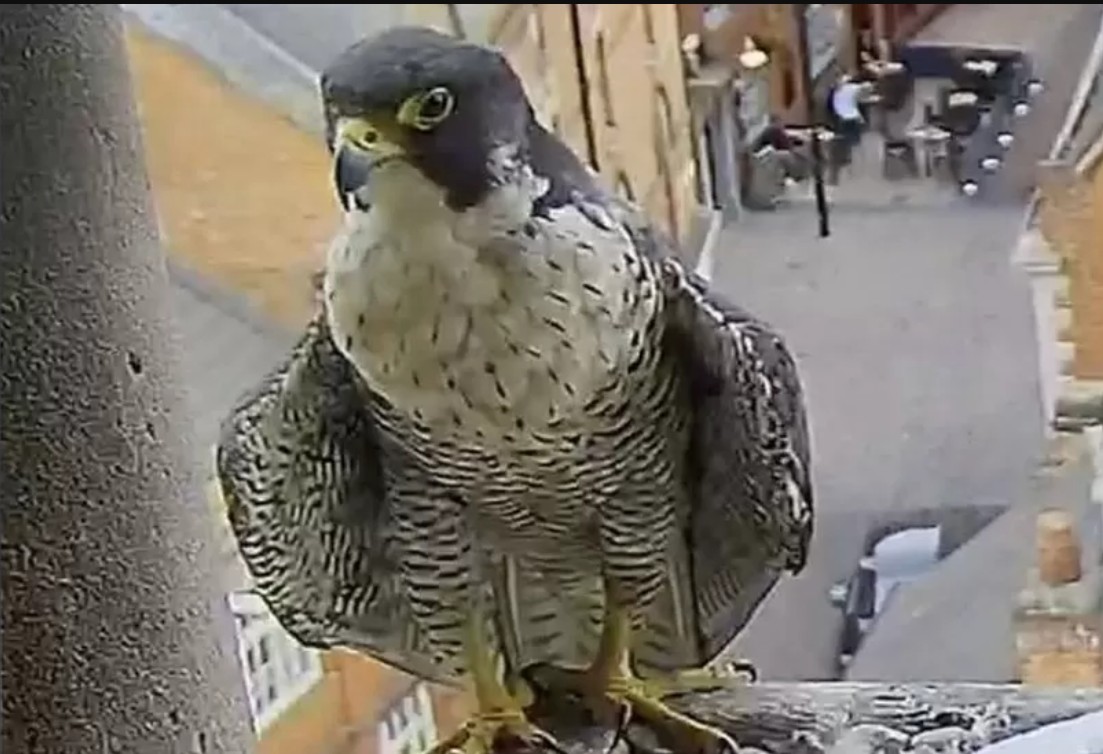 The bird's body was due to be tested by government officials amid a bird flu outbreak.

In an update posted to the Leicester Cathedral Facebook page, the LROS said prior to the fall from a platform, the bird was "spending more and more time" in the nestbox and "didn't appear to be feeding well".

"She was becoming lethargic and very sleepy," it added. "While initially this was considered to be due to the extreme temperatures we have been having, her posture was beginning to look strange and unnatural."

The LROS said it was aware of an avian flu outbreak in Leicester, adding it is "very probable" this will be the cause of the bird's illness. It said the bird's body would be collected and tested by DEFRA.