A grounded cargo vessel has been wrecked on Nightingale Island — part of the Tristan da Cunha UK overseas territory in the South Atlantic — and threatens to create a twin environmental disaster for the island's wildlife. The island holds nearly half the world population of Northern Rockhopper Penguin, one of the world's most threatened species of penguin. 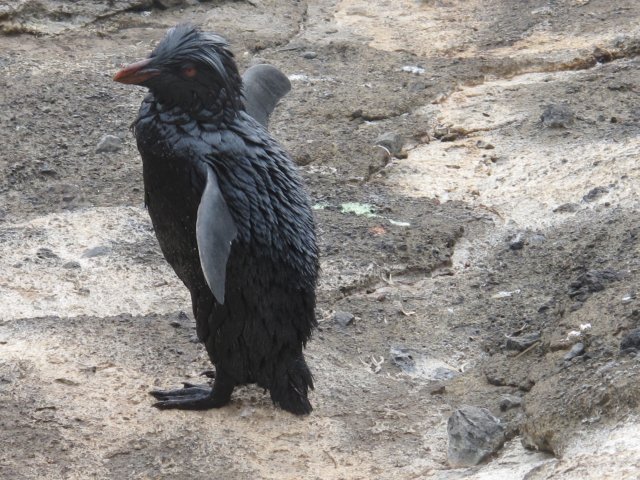 The concerns of the Tristan Islanders, the Tristan Association and the RSPB include the threat of oil pollution from the MS Oliva's fuel and cargo and also the risk of any rats on the vessel colonising the island, potentially placing the island's internationally important seabird colonies in jeopardy. The fuel oil and cargo of 1,500 tonnes of heavy crude oil is already leaking into the sea, posing a major hazard to the tens of thousands of pairs of penguin on the island as well as the economically important rock lobster fishery.

The ship has already broken in two but, as the situation is no longer a salvage operation, the Tristan authorities understand that the vessel's operators and insurers are investigating chartering a second vessel to assist with cleaning up the pollution and oiled seabirds.

Oil now surrounds Nightingale Island and extends as a slick up to 8 miles offshore from the wreck. Hundreds of oiled penguins have already been seen coming ashore. The Tristan Conservation Department — which rapidly deployed nine people to the island — has already placed baited rodent traps on the shore in the vicinity of Spinner's Point, the headland on the northwest of the island where the bulk carrier has grounded. 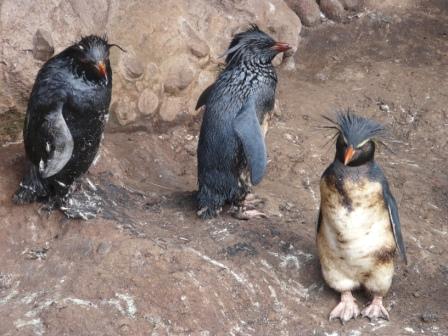 Richard Cuthbert is an RSPB research biologist who has visited Nightingale Island. He said: "How a modern and fully laden cargo vessel can sail straight into an island beggars belief. The consequences of this wreck could be potentially disastrous for wildlife and the fishery-based economy of these remote islands. The Tristan da Cunha islands, especially Nightingale and adjacent Middle Island, hold millions of nesting seabirds as well as 40% of the world population of the globally endangered Northern Rockhopper Penguin. Over 200,000 penguins are currently on the islands and these birds will be heavily impacted by leaking oil."

"If the vessels happens to be harbouring rats and they get ashore, then a twin environmental catastrophe could arise. Nightingale is one of two large islands in the Tristan da Cunha group that are rodent-free. If rats gain a foothold, their impact would be devastating. Fortunately, the Tristan da Cunha Conservation Department has already done a brilliant job in placing rodent traps in the vicinity of the wreck, with the hope these will intercept any rats getting ashore."

Trevor Glass, Tristan Conservation Officer, has been working around the clock since the incident occurred early on Wednesday morning. Returning from an emergency assessment visit, he said: "The scene at Nightingale is dreadful as there is an oil slick encircling the island. The Tristan Conservation Team are doing all they can to clean up the penguins that are currently coming ashore. It is a disaster!"

Further updates on the spill can be found on the Tristan Association website.