Over two million migrating birds of prey passed over Panama City on Sunday 2 November, more than doubling the previous record of almost 900,000 tallied in a single day last year. This season at least three million raptors flew over Panama City on their 1,000 km autumn migration from North to South America, this figure also a record-breaker in the annual tallies kept by the Audubon Society of Panama, which have been kept since 2004.

"The official count from Sunday's massive raptor migration is 2,105,060 birds, most of them Turkey Vultures and Swainson's Hawks," said George Angehr, a Smithsonian ornithologist and authority on Panama's birdlife. "A large percentage of the world population of Swainson's Hawks probably passed through on their way from the Great Plains to Argentina." 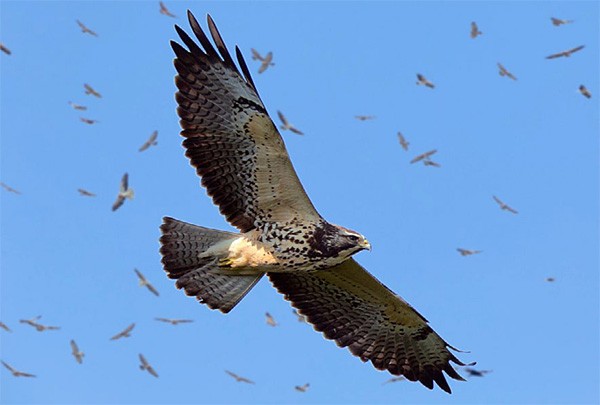 This one-day total may also be the single largest recorded in the Americas. The season totals may also tie Panama with the world's second-largest destination for bird of prey migrations in Eilat, Israel, which sees three million birds pass through annually; observers at Veracruz, Mexico, estimate that some five million raptors per year pass through. Few other places in the world count a million raptors in a single season although during their Autumn Count 2014, observers at the migration bottleneck of Batumi, Georgia, recorded 1,384,548 birds of prey passing south between 17 August and 16 October.

As the Audubon Society of Panama posted on its Facebook page: "It's a record that will leave us asking for a long time: What happened? Why so many birds [over such a short period]?"

George Angehr explained that: "Bad weather in Central America creates a bottleneck, limiting migration when it is rainy or cloudy ... When you get good flying conditions after several days of rain, they take advantage. There must have been at least 100 miles of raptors. There was a river of birds passing all day."

Birds of prey conserve energy during migration by riding columns of warm air that form only over land, these known as thermals. Because the Isthmus of Panama is so narrow, birds are forced together and are easily seen. While the majority of the raptors are Turkey Vultures and Swainson's Hawks, observers can expect up to 20 different species.

"These birds migrate by day and at night they need the forests that we have around the city — the humid forests and also the mangrove forests," Rosabel Miró, the executive director of the Audubon in Panama, told news station TVN-2. She added this reinforces the need for legislation to protect the mangroves of the Bay of Panama.

The count, sponsored by Fundación Natura, is carried out between 1 October and 18 November on Ancon Hill, the landmark at the Pacific gateway to the Panama Canal. 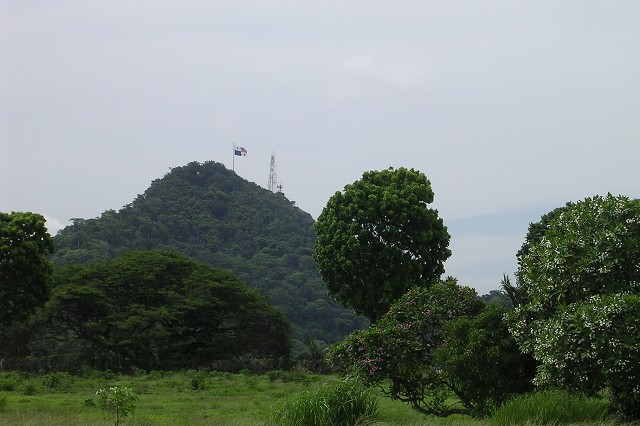