Packets of dead songbirds for sale at Beirut International Airport

Huge numbers of dead Blackcaps are being illegally sold as food items in Lebanon's only international airport, Committee Against Bird Slaughter (CABS) has sensationally revealed.

CABS members returning from an autumn bird protection camp in Lebanon were stunned to find packaged 'sets' of plucked Blackcaps residing in a freezer in a retail store in the duty-free section of Beirut-Rafic Hariri International Airport. 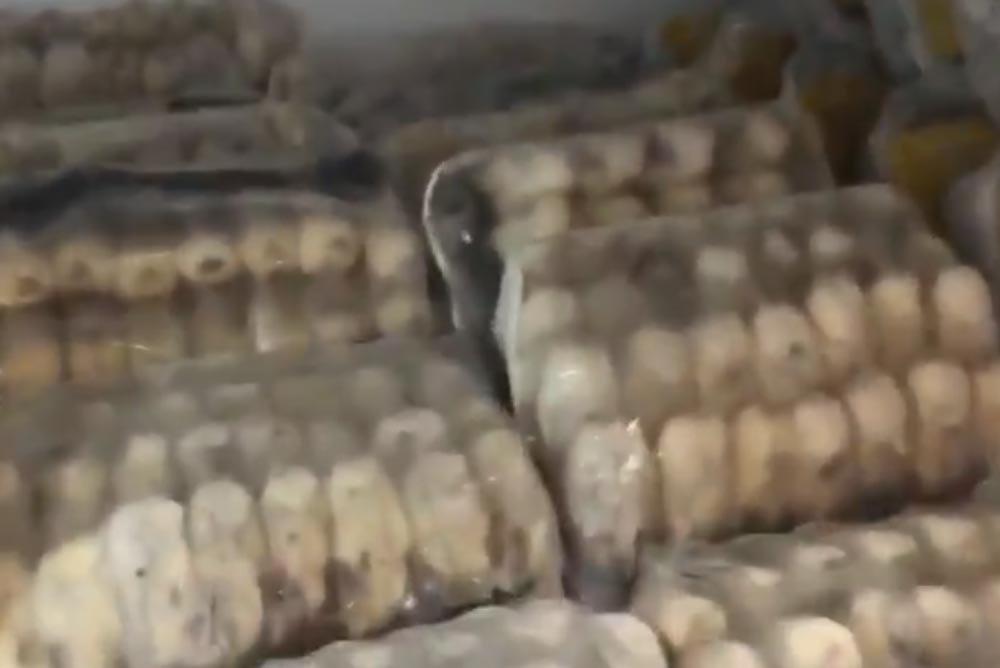 This videograb demonstrates the scale of the issue uncovered in just a single freezer in the airport – each is an illegally trapped Blackcap (CABS).

The freezer was located in a section of a store entitled 'Goodies'. The birds in the packets are readily identified as Blackcaps, for the unplucked heads clearly show the tell-tale grey faces with the black cap of the males and chestnut cap of the females.

The birds are being sold in packs of 30 and, as the video footage shows, a minimum of 18 different packs can be counted – meaning at least 540 individual birds are to be found in this freezer alone.

Remarkably, the packaging even proudly states 'Lebanese origin', making no attempt to hide the illegality surrounding the obtainment of songbirds from the wild. Each packet retails for US $36, illustrating how this outlawed practice is such a lucrative business for the criminals involved in the trade. 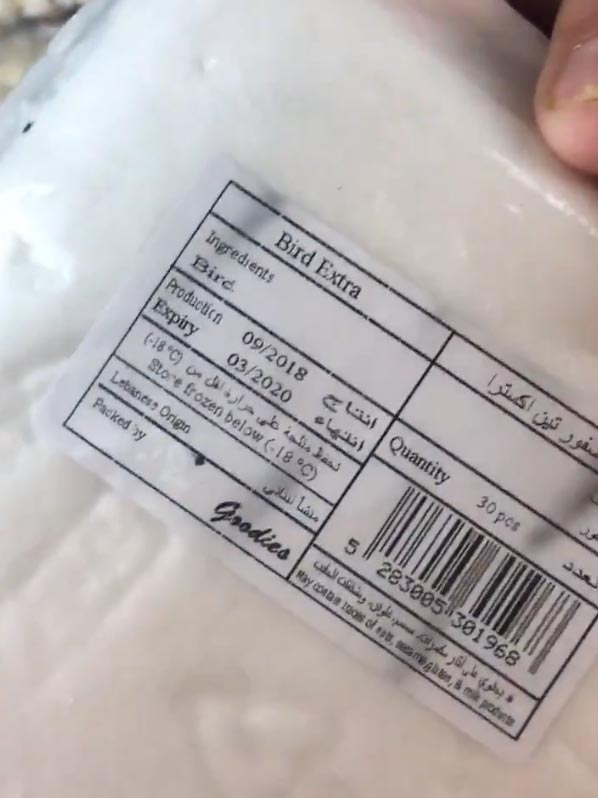 The back of the packet reveals the product name 'Bird Extra', with a best before date and a 'Lebanese Origin' tag (CABS).

Lebanon is one of the worst offenders for bird persecution within the Middle East, with ongoing issues with large-scale illegal hunting and mass killing of just about anything that flies. Raptors, large waterbirds (particularly White Storks) and a vast array of passerines are unfortunately targeted by hunters, both for 'sport' and for food. The nation is currently the subejct of ongoing conservation efforts from organisations such as CABS, as well as the Ornithological Society of the Middle East (OSME) and others.

CABS has announced that it has sent the video to the Lebanese Ministry of Environment, although a respose has not yet been forthcoming.

Watch the original video published by CABS below.

As our autumn bird protection camp in #Lebanon draws to a close - @CABS_REPORTS members shocked to find dozens of packets of protected #Blackcap for sale in the Duty-Free section of ‘Goodies’ at Beirut-Rafic Hariri International Airport!? Video sent to Ministry of Environment. pic.twitter.com/wXm1apW9d9