The exquisite Large Blue butterfly – officially recognised as having become extirpated in the UK in 1979 – is now synonymous with Collard Hill, Somerset, having been reintroduced there in 2000.

This year, thanks to three consecutive years of optimal weather conditions and important conservation work by the National Trust, Somerset Wildlife Trust, Gloucestershire Wildlife Trust and Butterfly Conservation and the Royal Entomological Society, numbers have hit a record high.

The butterfly – which, contrary to its name, is actually relatively small in size – was recorded at 40 sites across the country in June and July with three key nature reserves, two in Somerset and one in the Cotswolds, found to support 85 per cent of the UK population. Its population is believed to have doubled in the last year alone at Collard Hill in Somerset, cared for by the National Trust, with this 17.4 hectare (43 acre) site providing the perfect habitat and conditions to support 22 per cent of the UK's population. 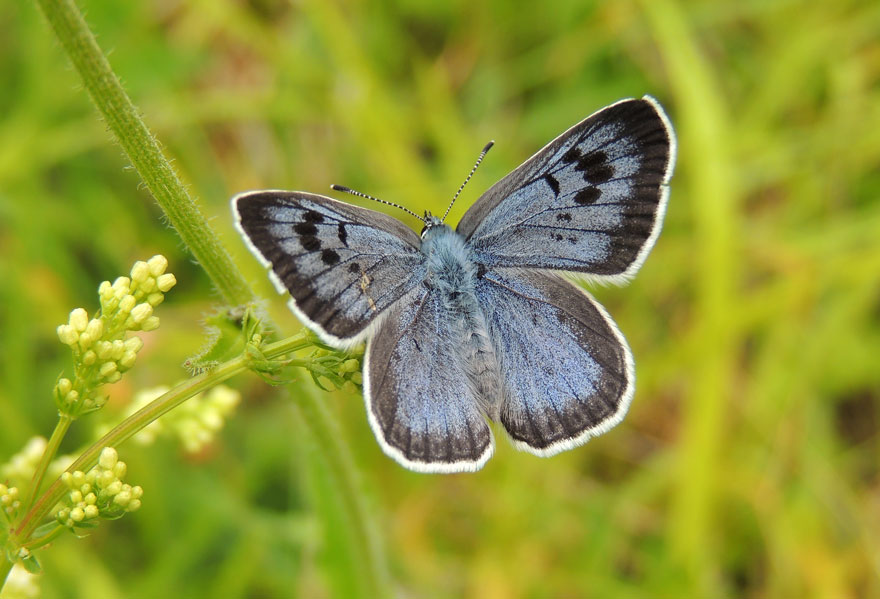 Creating ideal habitat for the Large Blue at Collard Hill has been achieved by planting wild thyme plants and introducing ponies and cattle to carefully graze the site with help from the Trust's tenant grazier, in order to manage growth.

Ian Clemmett, Lead Ranger for the National Trust's Somerset Coast and Countryside, said: "By working with our grazier we've been able to introduce tailor-made management of the land. The livestock carefully graze the hill in the autumn and early spring, which isn't always easy to achieve, punctuated with a fallow period in summer that allows insects to thrive and plants to flower.

"Breeding was initially confined to one corner of Collard but has now increased five-fold. The grazing regime also helped to provide optimal conditions for Red Ant (Myrmica sabuleti), which is vital for the butterfly's survival."

The Trust also employed a volunteer ranger to help record and protect Large Blues during their first flight. Professor Jeremy Thomas, Chair of the Joint Committee for the Conservation of the Large Blue Butterfly, said: "This rare butterfly is really important because it is more difficult to conserve than others, due to its complex life cycle.

"However, despite this summer's record numbers, numbers next year will most certainly drop due to the drought which will have damaged the ant nests.

"It is nevertheless the first butterfly in the UK to now have numbers similar to when it was previously at its peak and our approach has now become the model for insect conservation worldwide."

Mr Clemmett concluded: "We're thrilled to see such a boom in numbers thanks to the partnership work being done to improve the habitat for Large Blue. This work is part of the National Trust's commitment to work with its tenants and partners to reverse the alarming decline in UK wildlife, aiming to restore 25,000 hectares of wildlife-rich habitat by 2025." 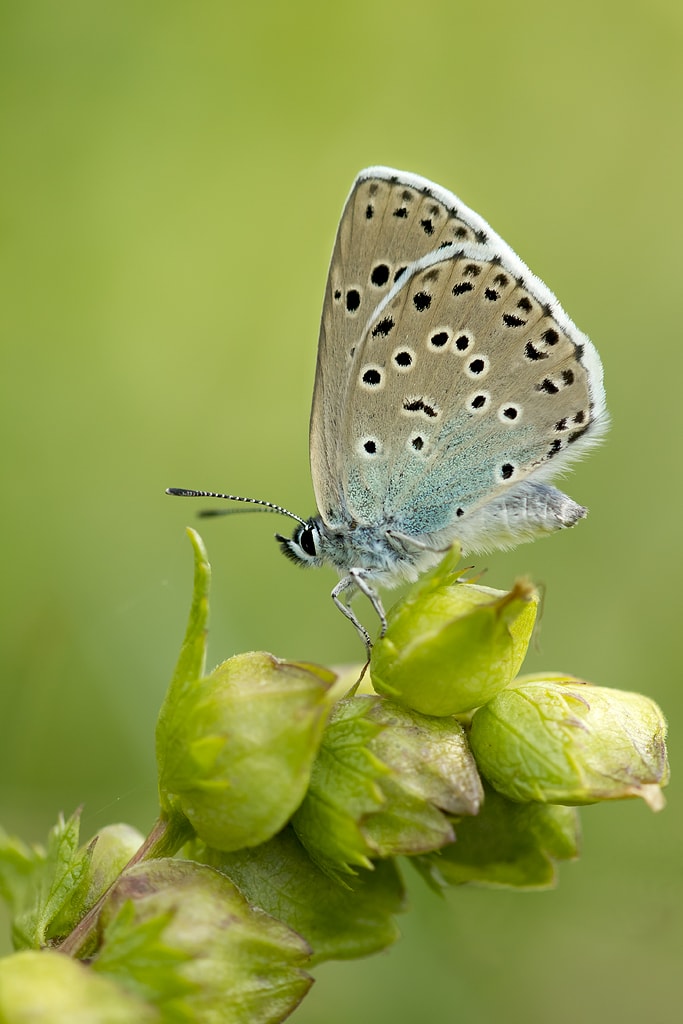