Osprey photographed being shot down over Malta

A migrating Western Osprey was photographed as it was shot out the sky by a Maltese hunter yesterday [21 March 2021], one of two individuals to be illegally killed on the day.

With strong easterly winds and cloudy skies, migrating birds of prey were forced to seek refuge on Malta while the poor weather passed. Among these were six Western Ospreys, of which two were shot down by hunters in Delimara and on Gozo respectively. 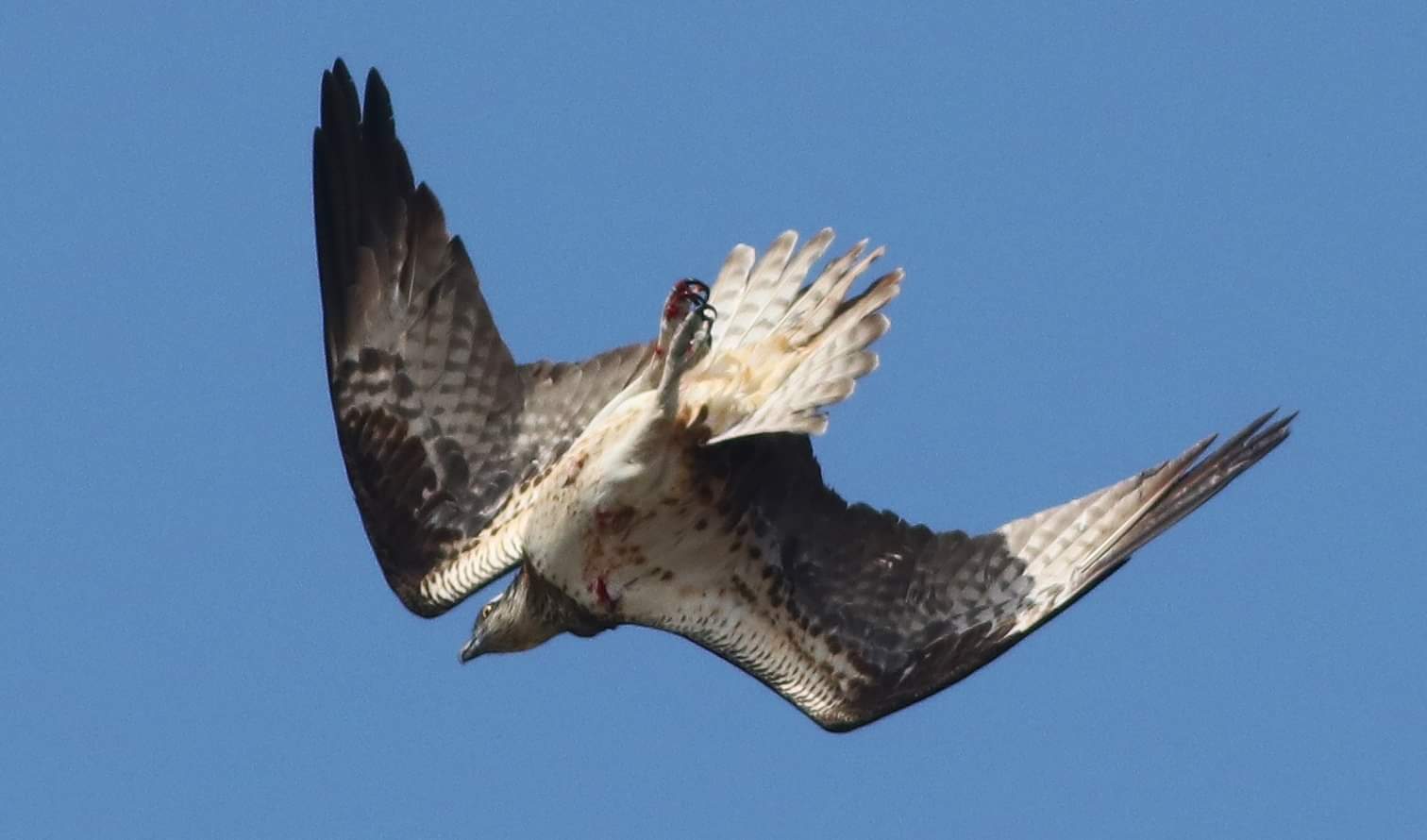 A Western Osprey photographed at Delimara, Malta, on 21 March 2021, seconds after after being shot by a hunter (BirdLife Malta).

The harrowing incidents are just two of various illegalities witnessed by BirdLife Malta in the opening weeks of the spring migration season.

In addition to the raptor killings, finch trapping – another illegal activity – is operating at unprecedented levels for the time of year. This is primarily due to the message sent by the Maltese government that it intends to reopen a finch-trapping season in autumn against the will of the European Commission. The birds being trapped this spring will be sold to those that need live decoy birds in autumn. Through the good work of BirdLife Malta and Committee Against Bird Slaughter (CABS) teams, more than 140 finches have been confiscated by police since the beginning of March, with most of them being released back into the wild. Others are being rehabilitated and will be released once they regain their strength.

BirdLife Malta has commended the efforts being shown by the Maltese Environmental Protection Unit (EPU). It is evident that the police officers within the EPU seem to be willing to achieve results in bird protection law enforcement. BirdLife has urged the authorities to increase the complement of personnel in this unit and to provide them with all resources, while also asking the Malta Police Force to start allowing the EPU to work on Gozo. While results are being seen on Malta, police action is comparatively lacking on Gozo. 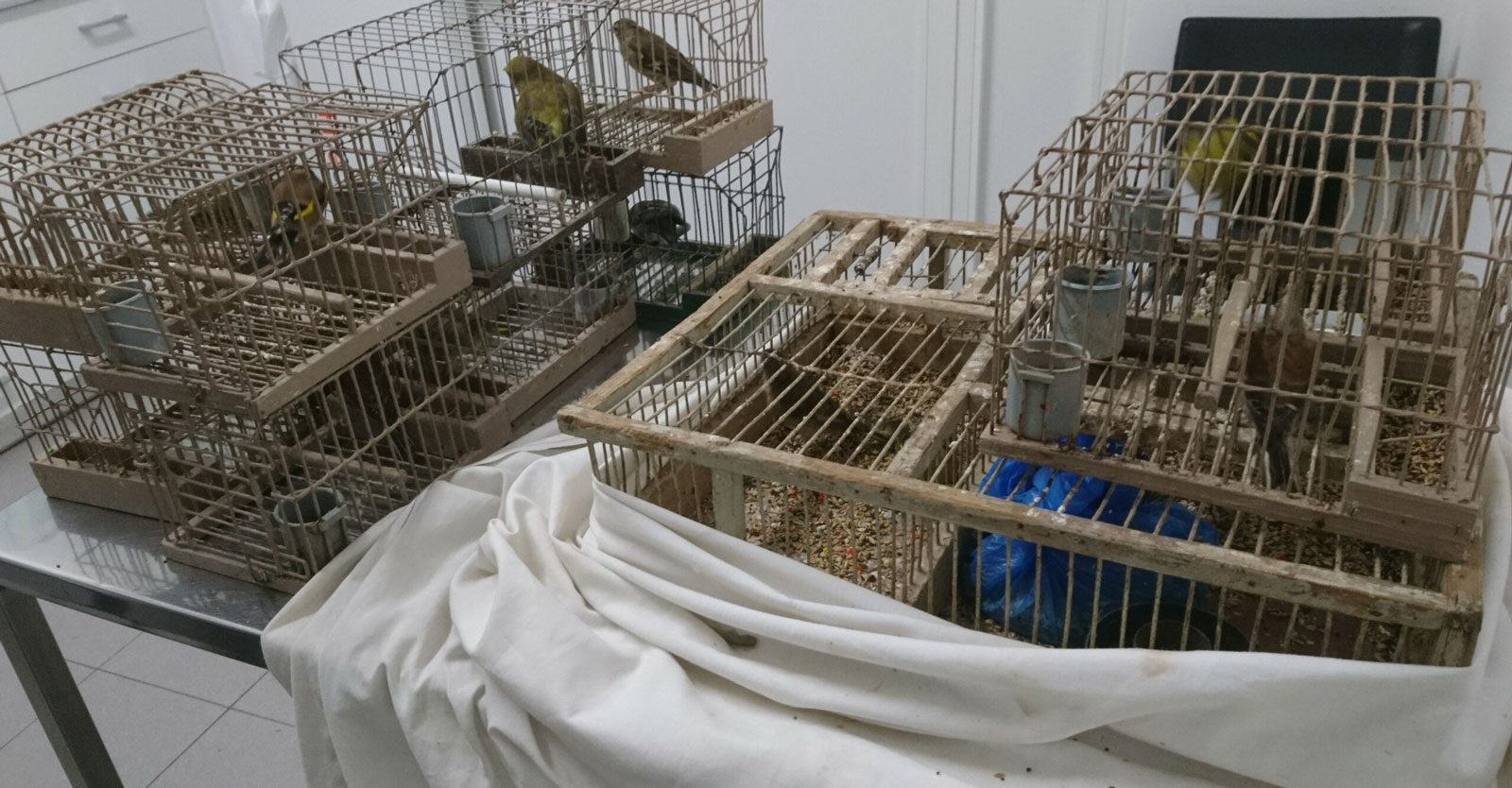 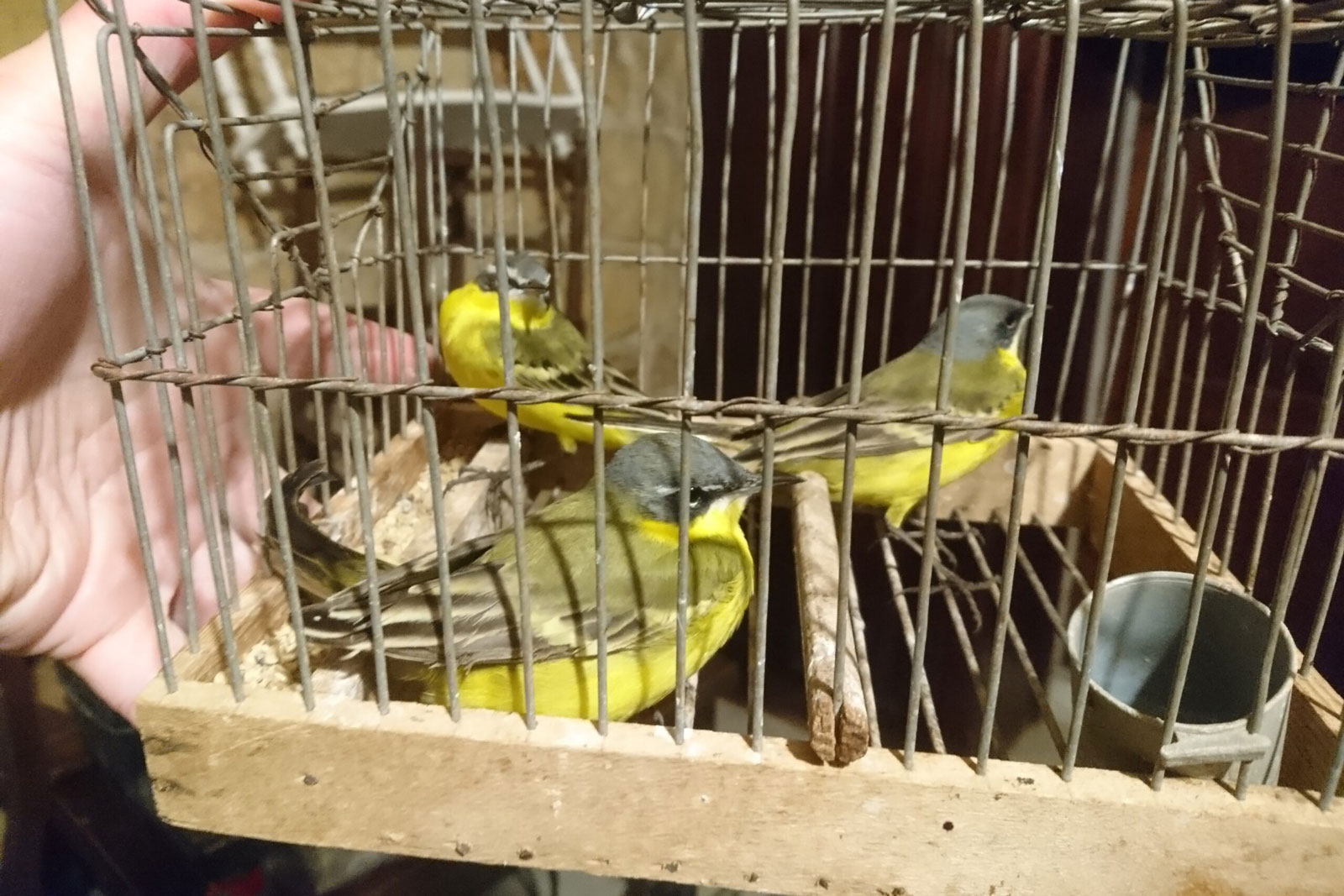 Illegal trapping is rife on Malta this spring, with various finch species (top photo) and even these Yellow Wagtails having been confiscated by police.

BirdLife Malta CEO Mark Sultana said: "Unfortunately, while the government is challenging the European Commission and reopening both a spring hunting season and a finch autumn trapping season, we can only expect the worst for migrating birds. The respect of the law from hunters has dwindled to nothing, while hunting lobby organisations have lost control of their members. This will only lead to thousands of protected birds being shot and trapped illegally and will inevitably place Malta once again in a defensive position at the European Court of Justice.

"We will keep on insisting that the government takes the right decisions but we ask the general public to join us in this call by following our ongoing #onthemove campaign and becoming members of BirdLife Malta. We will remain committed to saving more birds and to keeping the European Union informed of the sad state of our country when it comes to bird protection."