Two juvenile Western Osprey chicks were recently taken from their nest on a street lamp post and euthanised in the US state of Maryland, according to local news outlets.

Replacement work was set to be undertaken on the light fixture at Cove Point Park in Lusby, but the active osprey nest was inhibiting the procedure from taking place.

Although county officials have said that all the correct protocols were followed and the actions of the contractors were within the boundaries of the law, this has been of no reassurance to aghast local conservationists.

According to officals, the young had to be removed "due to human health and safety and property maintenance concerns", although birders have argued that the birds were healthy and close to fledging, and could have at least been relocated or rehabilitated rather than killed. 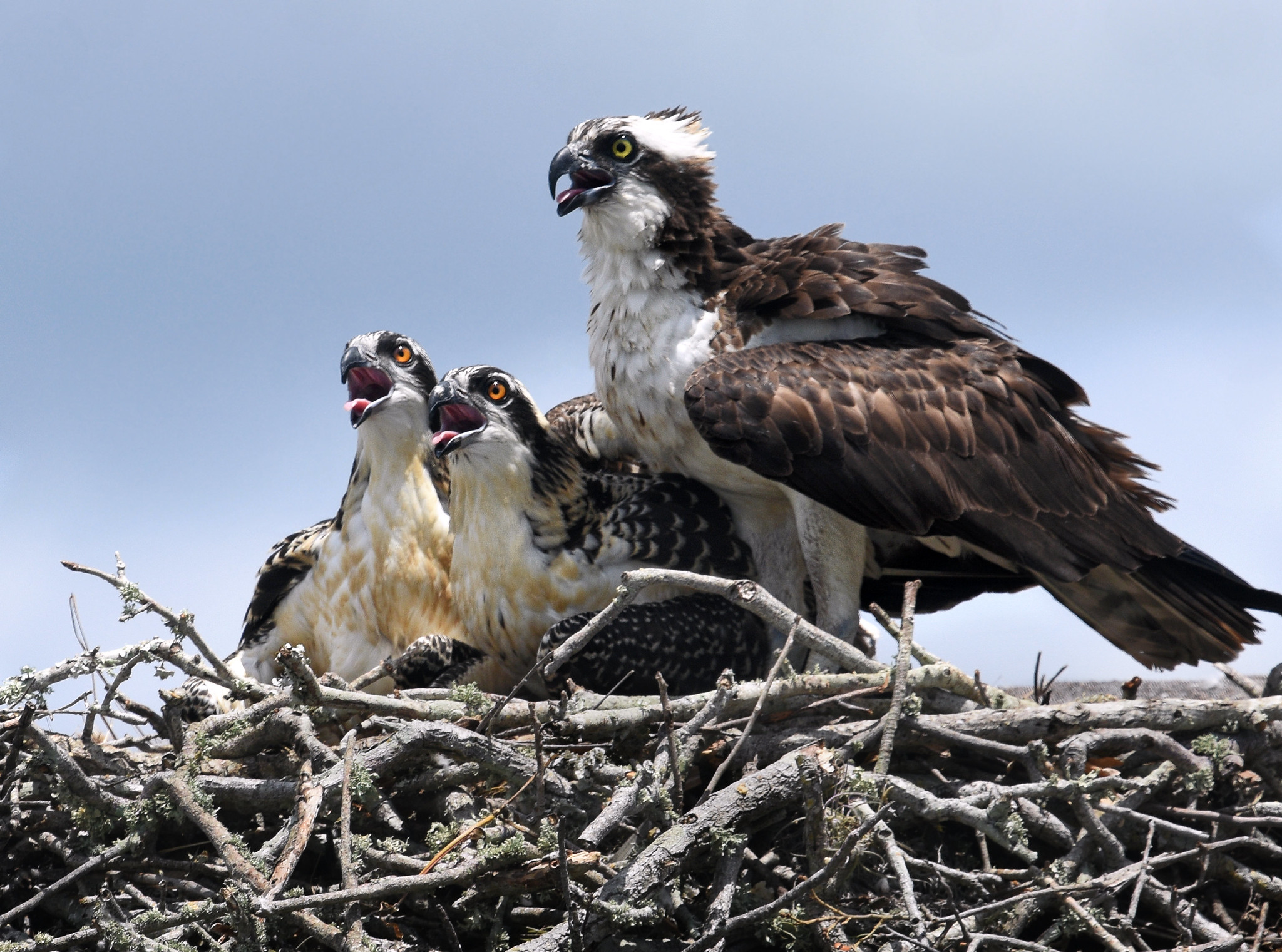 Western Osprey is now a common breeder in many parts of the US, having declined rapidly to a low ebb in the 1970s due to pesticide use (Jill Bazeley via Flickr).

The statement, which was issued on 28 July, also said that the lamppost on which the nest was situated was "not equipped to accommodate the presence of ospreys", citing that "falling sticks or other nesting material" could fall from the nest and endanger visitors.

Robert Kyle, who lives in the area, noted the presence of several nearby wildlife rehabilitation centres that could have taken the birds in and said he was "outraged" and "couldn't believe something like this could happen".

Ospreys were nearly wiped out in the parts of the US as recently as the 1970s due to pesticides thinning their egg shells, making them extremely susceptible to damage.

Even though the species is protected under the Migratory Bird Treaty Act, the US Fish and Wildlife Service can issue special permits to allow for removing protected migratory birds in some instances.

In this case, county officials said that they had a "cooperative services agreement" with the US Agriculture Department's Animal and Plant Health Inspection Service (APHIS) to have the ospreys and their nest removed. The commissioners said they were "not consulted or informed as to why or how the decision was made to euthanize the juveniles in the nest rather than relocate".