Osprey breeds in Yorkshire for first time in 'hundreds of years'

The establishment of the first breeding pair of Ospreys in Yorkshire for "hundreds of years" is "nothing short of a miracle", a conservationist has said.

The young adult pair, at Bolton Castle Estate, near Leyburn in North Yorkshire, has produced two chicks, a male and a female. Ospreys have never been recorded as breeding in the county since records began in 1800. 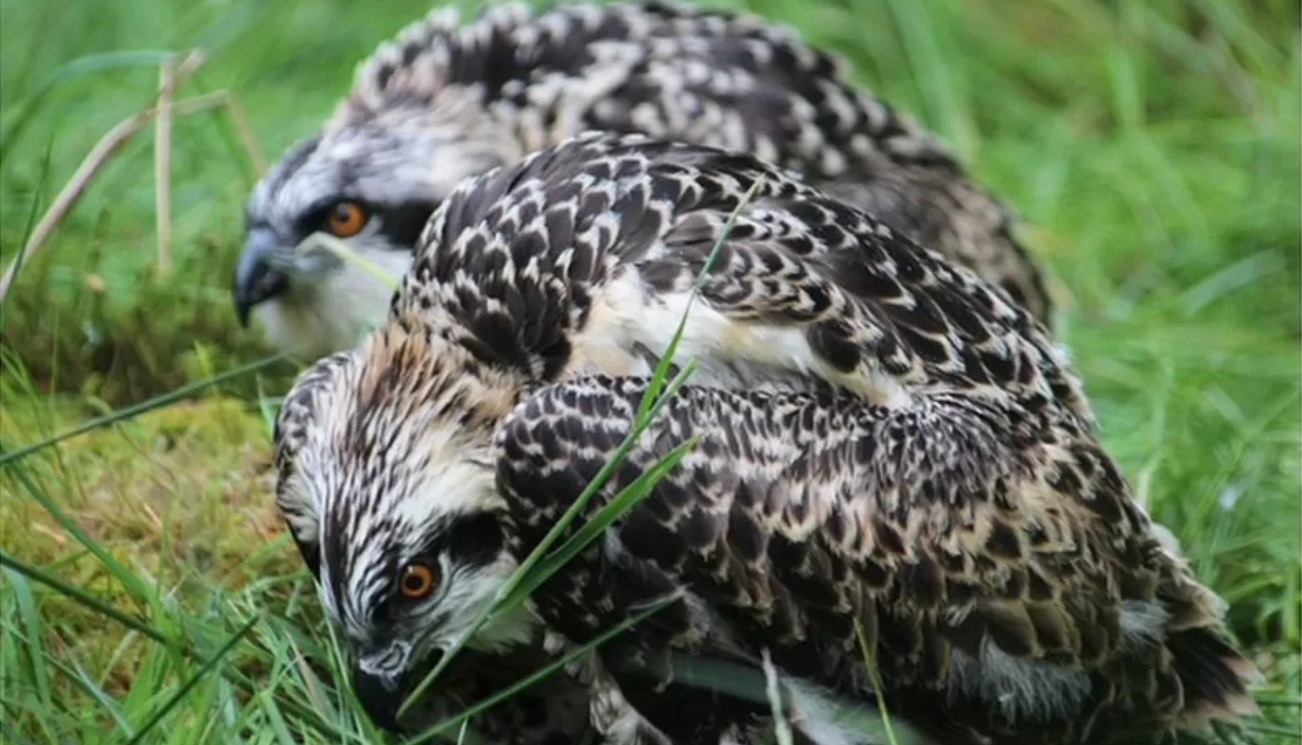 Sacha Dench, who is known as "the human swan" for her journey following Bewick's Swans from Arctic Russia to the UK by paramotor, visited the site as part of an expedition tracking the migration route of Ospreys from Scotland to Africa.

During the visit, Ms Dench met Tom Orde-Powlett, son of Lord Bolton, and others who had helped to encourage the birds to nest.

"I am incredibly honoured to be able to visit the very first osprey breeding pair in Yorkshire," she said. "What Tom and his colleagues have achieved is nothing short of a miracle."

However, Mr Orde-Powlett said: "Over the last 20 years or so I had seen Ospreys with increasing frequency, and in 2019 what we thought might be a pair were spotted. I decided to stock two ponds near where we had seen them with some trout, hoping that a good food source would keep them here and also reduce pressure on wild fish."

The estate also erected platforms in a bid to encourage the birds to nest.

"We were overjoyed when they eventually built a nest on one and we saw the hen bird apparently sitting on something, we hoped an egg, in May, which would mean potential hatching in mid-June," Mr Orde-Powlett said. "We were pretty confident of one chick but when we went to ring them we were thrilled to discover two, one of each sex."

Natural England, the Cumbria Raptor Study Group and the Lower Ure Conservation Trust were also involved in the programme on the Yorkshire estate.