Exotic, seductive and just a little bit unearthly, orchids are one of the UK's most unusual and beautiful groups of flowering plants. And, in 2013, many species of orchid have been enjoying particularly good displays, according to The Wildlife Trusts.

All orchid species rely to some extent on a complex symbiotic relationship with fungal partners, using nutrients provided by the fungi to aid seed survival before germination. This dormant stage can be lengthy, and even once growth begins some orchids may still take another five years before flowering. 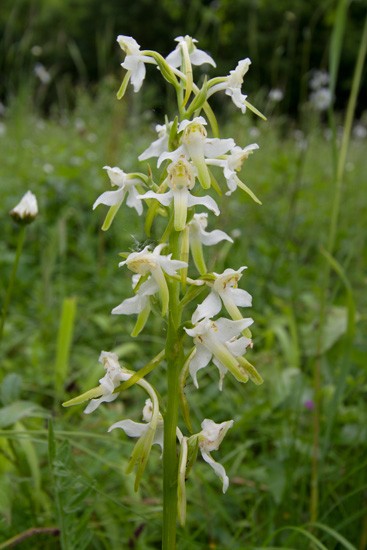 "The re-emergence of some orchids often reflects the favourable conditions of previous years for germination and underground development. These undetected orchids experience delayed effects from past seasons that can cause sudden flushes in following years," according to Mark Schofield, Project Manager of Life on the Verge, the largest wildflower survey of Britain's roadside verges run by Lincolnshire Wildlife Trust. Summer 2012 proved a particularly wet year and it seems likely that it is largely responsible for 2013's impressive orchid crops.

There have been some fantastic displays of orchids at reserves maintained by The Wildlife Trusts right through the season and across Britain. For example, the Chalk Pit at Houghton Regis in Bedfordshire, a site managed by the Wildlife Trust for Bedfordshire, Cambridgeshire and Northamptonshire, has enjoyed a impressive showing of species, including counts of over 700 Common Spotted and 140 Pyramidal Orchids. Caeau Llety Cybi reserve in Ceredigion has produced wonderful displays of Greater Butterfly Orchids, which number in the 600s — double the count from 2010, the highest year previously on record. Wildlife Trust conservation officers have been surveying Common Spotted Orchids in Dereham (Norfolk), where so many were counted that it has advised the town council to recognise the area as a County Wildlife Site! 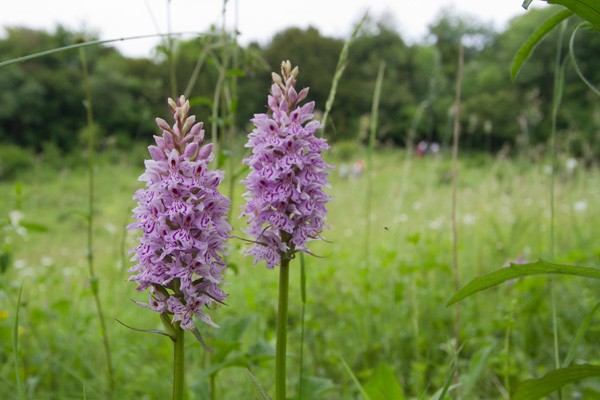 Paul Wilkinson, The Wildlife Trusts' Head of Living Landscape, said: "Orchids are some of the most captivating plants to be found in the UK. They are only found in relatively few wild places so it's great to hear that they are thriving not only on protected nature reserves but also in the wider countryside and even gardens."

Orchids occur in a range of habitats, from woodland and wetlands to grasslands and coastal dunes. Each species has different requirements in order to thrive and flower successfully, so the reasons for such impressive displays are varied. For instance, Scottish Wildlife Trust has recorded many fluctuations in orchid numbers this year, with some meadows showing far fewer plants, in stark contrast to the fortunes of those mentioned above. The diverse flowering times of orchids, which can extend from early spring through to autumn depending on the chemical balance in the soil, also play a major part in accounting for these variations. This summer, Pyramidal and Common Spotted Orchids have generally arrived several weeks late, which gives an indication that the recent weather has provided more suitable conditions as the season has developed.

Mark Schofield explained, "As these orchids may only flower once before dying and other species rest between series of flowering years, a number count from just one year is not always a reliable marker for overall population trends. This is why it is vital to monitor colonies of orchids over a long period of time." 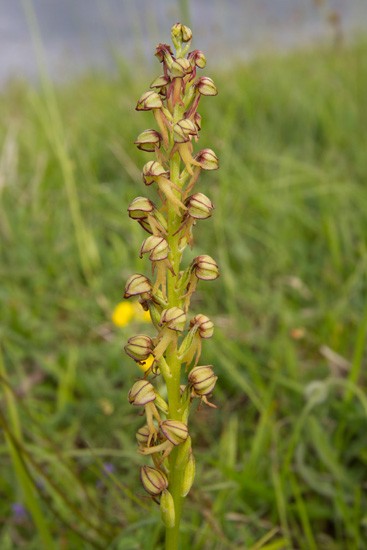 There are Wildlife Trust nature reserves around the UK where you can find some of the later-flowering orchids and many other wildflowers during the summer months. Mid—late-summer species to look out for are Marsh Helleborine and Autumn Lady's Tresses — a delicate white orchid that grows in coastal areas and chalk grassland. For more information on orchids and some of the best places to find them nationwide, visit The Wildlife Trusts' orchids page.