An international call has gone out — starting with the UK — to help save a unique six-foot-tall flightless bird that has a bone-like horn on its head and dagger-like claws on its feet. Like something prehistoric, the beautiful Cassowary is unique to the rainforests of Australia and Papa New Guinea and this colourful creature wanders the rainforests sowing seeds and ensuring its chicks come to no harm in the world's oldest rainforests. 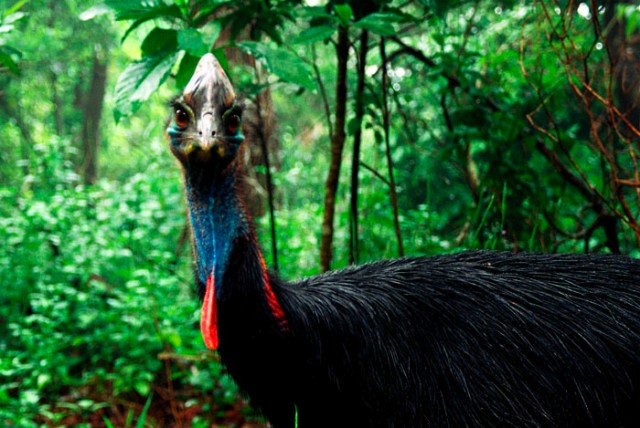 The Queensland Government has been working with a number of groups to ensure the Cassowary's survival and during 2007–08 partnered with the Australian Rainforest Foundation (ARF) when the ARF provided $200,000 and staff for the management of the government's Cassowary rehabilitation facility at Garners Beach. In late 2008, the ARF facilitated a meeting with scientists, researchers, zookeepers from Australia and the head Cassowary stud bookkeeper from San Diego zoo in the USA to look at ways of helping the Government fund and implement the Cassowary Recovery Plan. As a result of this meeting, 18 zoos in the USA and UK that hold captive Cassowary, the Gilman Conservation International foundation, the Smithsonian Institute, other prominent US and UK zoos and the ARF met at White Oak, Florida in May 2009 and formed the International Cassowary Recovery Team.

There are only around 1,500 Cassowaries left in the wild. The Australian Rainforest Foundation has gathered support from across the world to provide an amazing prize to be won for those who support the care of this rare and interesting creature. The Best Holiday in the World competition has been set up by ARF to provide funds to purchase a 250km stretch of rainforest Cassowary habitat in far North Queensland to allow safe passage and breeding for the Cassowary. Those who contribute to Operation Rainforest Big Bird could win 14 days of free uninterrupted indulgence in tropical North Queensland without paying for a thing.

The chairman of ARF and well-known Australian character Warren Entsch says that the Cassowary is not only important to Australia but to the world as it is a keystone creature in the world's oldest rainforest. "The Cassowary is an amazing bird that the planet would dearly regret losing," Mr Entsch said. "We have been working with business, tourism organisations and UK birdwatchers to organise this wonderful competition to help save the Cassowary. Those who contribute to help us purchase prime Cassowary land and help save this flightless treasure will go into the draw to win the best holiday in the world. Tropical North Queensland is a playground for visitors and we want the winner to indulge and enjoy the best Queensland has to offer and pay not a penny." 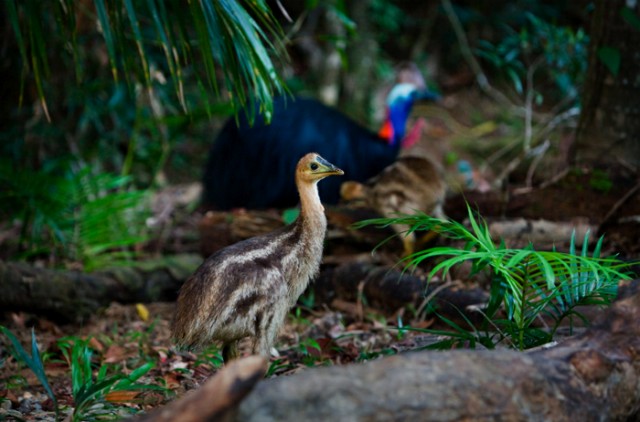 The Best Holiday in the World is 14 days of free fun, adventure, accommodation, food and travel in tropical North Queensland. The holiday will be provided by around 50 supporters of the Australian Rainforest Foundation to help raise funds for this important organisation and saving the Cassowary. Air fares from the UK will be provided to ensure that the winner will not have to put their hand in their pocket and enjoy being served upon.

"We hope the British, well known for their goodwill and love of birds, will get behind this project and help establish a protected area so that this glorious bird can room free," Mr Entsch said. The competition has the backing of Tourism Tropical North Queensland and will be launched at the UK Bird Fair in Rutland on the 22nd August.

To contribute and enter the competition visit www.winthebestholiday.com.