The oldest living member of a Gloucestershire swan dynasty has returned from the Russian Arctic to winter at Slimbridge Wildfowl and Wetlands Trust (WWT).

Croupier, the 26-year-old leader of one of the biggest Bewick's Swan families ever studied at WWT's famous Swan Lake at Slimbridge, arrived on Wednesday to the excitement of researchers.

The ‘cobfather’ was sadly minus its long-term partner, Dealer, who is mother to 29 cygnets that they have brought back together over the years. Researchers hope that Dealer has become separated from its mate on the long migration and is still out there somewhere, but as Bewick’s Swan numbers have plummeted in the last two decades, they fear the worst.

Croupier’s grandfather Nijinsky began wintering at Slimbridge in 1969. Its mother Casino, at 27, was one of WWT’s longest living wild swans, safely escorting 34 cygnets on the 2,500-mile journey from Russia to Slimbridge during her lifetime. 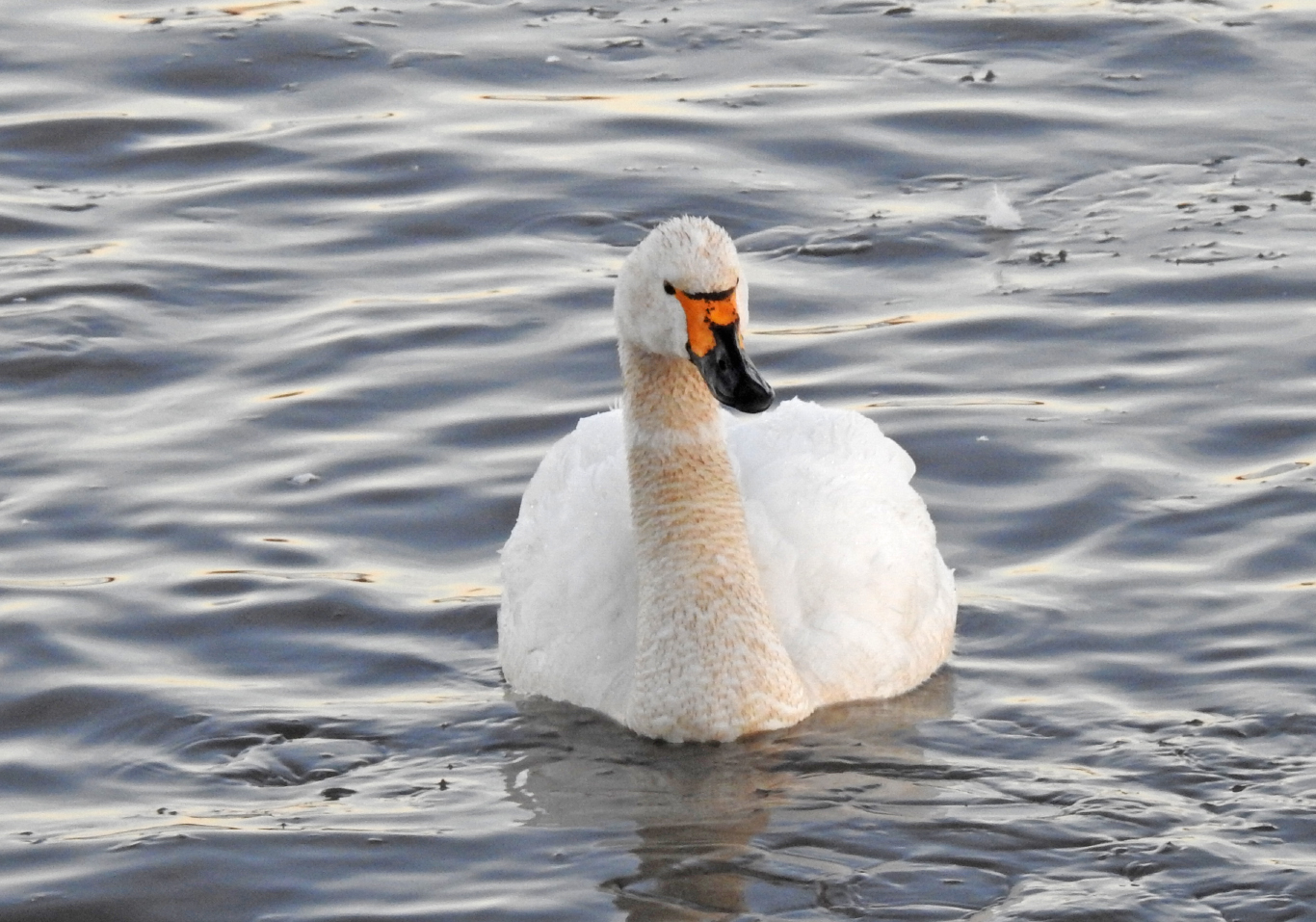 Bewick's Swans like Croupier can be identified by the shape of their yellow bill patterns, whcih are different in every individual (WWT).

WWT’s swan research assistant Steve Heaven said: “Families tend to be the dominant groups on our Swan Lake and Croupier is from one of the oldest dynasties, which have ruled Slimbridge since the sixties.

“We can trace the legacy of these powerful swan families as we’ve been studying them closely for decades and drawing up family trees, using their distinctive bill patterns to identify each member. Our long-term study of the Bewick’s Swans at Slimbridge has shed light on their ecological needs, important for survival. This information is crucial for helping us to understand why the population has been struggling.”

As Croupier demonstrates, swans live a long life but they don’t produce many young. Bewick’s Swans lay around five eggs each year on their Arctic breeding grounds, but usually only one or two cygnets make it to their wintering sites in Western Europe. The stakes are high with Bewick’s Swans in decline in Europe and the WWT's recent research has shown that their survival rates have reduced. However, it’s a good bet that Croupier’s faithful family will return to Slimbridge for many years to come.

Thanks to support from players of People’s Postcode Lottery, WWT is able to continue one of the longest and important single-species studies in the world. This study has been running continuously for 50 years and recorded the life histories of nearly 10,000 Bewick’s Swans during that time.

WWT has expanded its swan research over the decades and linked up with researchers throughout the migratory species’ range in northern Europe and Russia. Together they have managed to get international protection for a chain of wetlands along the way that are vital for the swans to feed and rest.