The remains of a ringed seabird found at Forvie NNR, Aberdeenshire, have been confirmed as the UK's oldest-ever recorded Arctic Tern.

First ringed as a chick at Buddon Ness, Angus, on 3 July 1986, the tern was discovered at the Aberdeenshire reserve on 8 June 2018, making it 32 years old. This greatly exceeds the average Arctic Tern lifespan, which is around 13 years. The previous record holder was a tern recaptured on the Farne Islands in 2010, just over 30 years after being ringed as a chick. 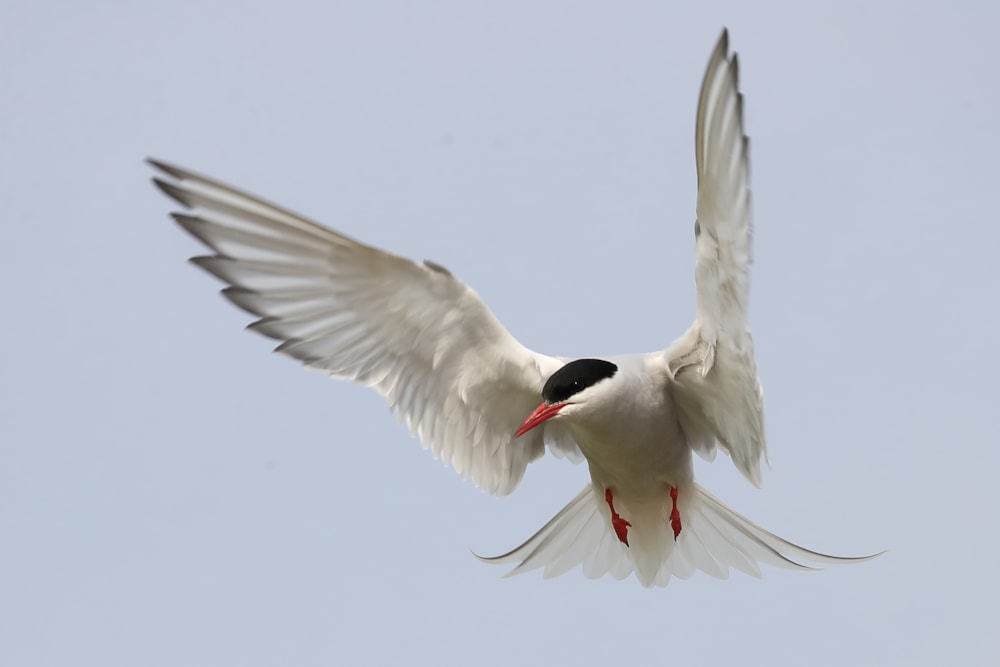 The record-breaking Arctic Tern is likely to have travlled in excess of 1.5 million miles in its lifetime and potentially parented more than 50 chicks (Dave Williams).

Arctic Tern is one of the greatest travelled of all bird species. Its pole-to-pole migration is the longest known annual journey by any animal and, by moving continually between the Arctic and Antarctic summers, the species sees more daylight than any other creature on earth. Individuals travel in excess of 44,000 miles each year, with one particular bird recently mapped as having covered 60,000 miles in a year.

Daryl Short, Reserve Officer at Forvie, found the bird. He said: "It's incredible to think that the bird I found flew the equivalent of to the moon and back, and then back to the moon and some way home again!

"Arctic Terns are amazing animals. The birds are currently protecting their chicks at Forvie and other nature reserves around the country and they're not afraid to give you a bump on the back of the head if you get too close to their nests. But unfortunately for them, terns are prey for some other seabirds, such as falcons and large gulls. So there was certainly an element of luck to this bird's long life."

The record-breaking tern will have survived predators, cruel storms and food shortages to possibly parent in excess of 50 chicks. It could feasibly have travelled over 1.5 million miles in its lifetime, visiting more countries along the way than the vast majority of humans ever will.

Stuart MacQuarrie, Head of Nature Reserves for SNH, said: "This incredible little bird was first ringed on a Special Area of Conservation and found again 32 years later, not too far away, on one of our national nature reserves. As well as evidence that the bird regularly returned to this part of Scotland to rear its chicks, this shows the importance of our protected areas and nature reserves for wildlife.

"Scotland's nature reserves are beautiful places for people to visit. They are also carefully managed for conservation and important places for research, making a real contribution to tackling biodiversity loss. Our reserves constantly surprise and delight in equal measure and this little bird captures something of what makes them so special."