In recent years, RSPB Scotland has found a number of weird and wonderful items hiding in the nests of some of Scotland's Red Kites. Amongst the traditional nest-building materials of dead twigs, grass and a lining of sheep's wool, staff have discovered coloured string and paper, as well as socks, underwear, a small child's glove, a teddy bear and, very aptly for this time of year, a Rudolf the Red-nosed Reindeer toy. 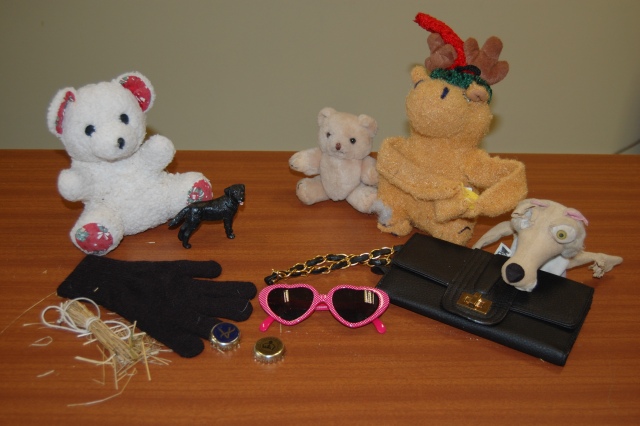 Just some of the items found in the nests of Scottish Red Kites (photo: RSPB Scotland).

Kites are well known across their European range for adorning their nests with bits of plastic and cloth that they pick up in their breeding territory. Other bird species may exhibit similar behaviour: for example, Magpies are known to like shiny items.

Shakespeare was amongst the first to document the Red Kite's penchant for stealing human possessions, when he warned "when the kite builds, look to lesser linen" in The Winter's Tale (Act 4, scene 3). In Shakespeare's day, the Red Kite was known to be an extremely common species, present in many of our towns and cities, benefitting from poor sanitary conditions and presumably the associated large rodent populations — indeed the species was protected by Royal decree as a street cleaner. 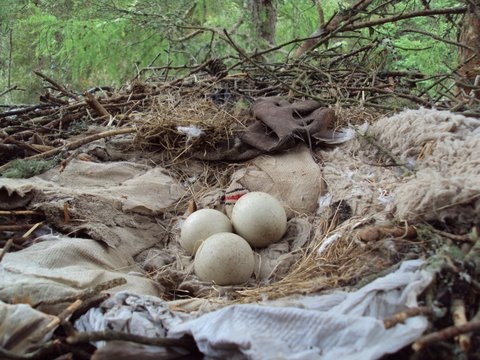 Brian Etheridge of RSPB Scotland said: "Over the years we've found many strange and interesting things in the nest of Red Kites. The birds use these items, many of which are discarded by humans when out in the countryside, to line their nests. However, cuddly toys are probably taken as they are mistaken for food. We often find them later with bits of stuffing pulled out. That's bound to cause a surprise, not least to a nest full of hungry chicks!"

Red Kites were once completely exterminated in Scotland due to continued human persecution. However, thanks to a successful reintroduction project, led by RSPB Scotland and Scottish Natural Heritage in the 1980s, these birds are making a slow and steady recovery across many of their former ranges.