Oiled seabirds washed up in the North-East

The RSPCA is rescuing Common Guillemots, Puffins, Razorbills and gulls which have been found covered in some kind of oil on the north-east coastline of England.

The charity began getting calls about birds covered in a black, oily substance last Sunday (17 September 2017). The birds – now more than 20 in number – have been found by members of the public at various locations from Amble, Northumberland, to Redcar, North Yorkshire.

RSPCA inspector Jaqui Miller said: “We have been collecting seabirds from several different places up and down the coastline between Amble and Redcar since Sunday, after members of the public spotted them.

“The first ones to come into us were of a good weight and alert, but some of the ones coming in over the past day have been less so and very sadly a couple of them have not made it.

“If you come across a seabird you think is affected please contact us on 0300 1234 999. We are a charity and have limited resources, which means our closest officer may be a considerable distance away, but we’ll be there as fast as we can.” 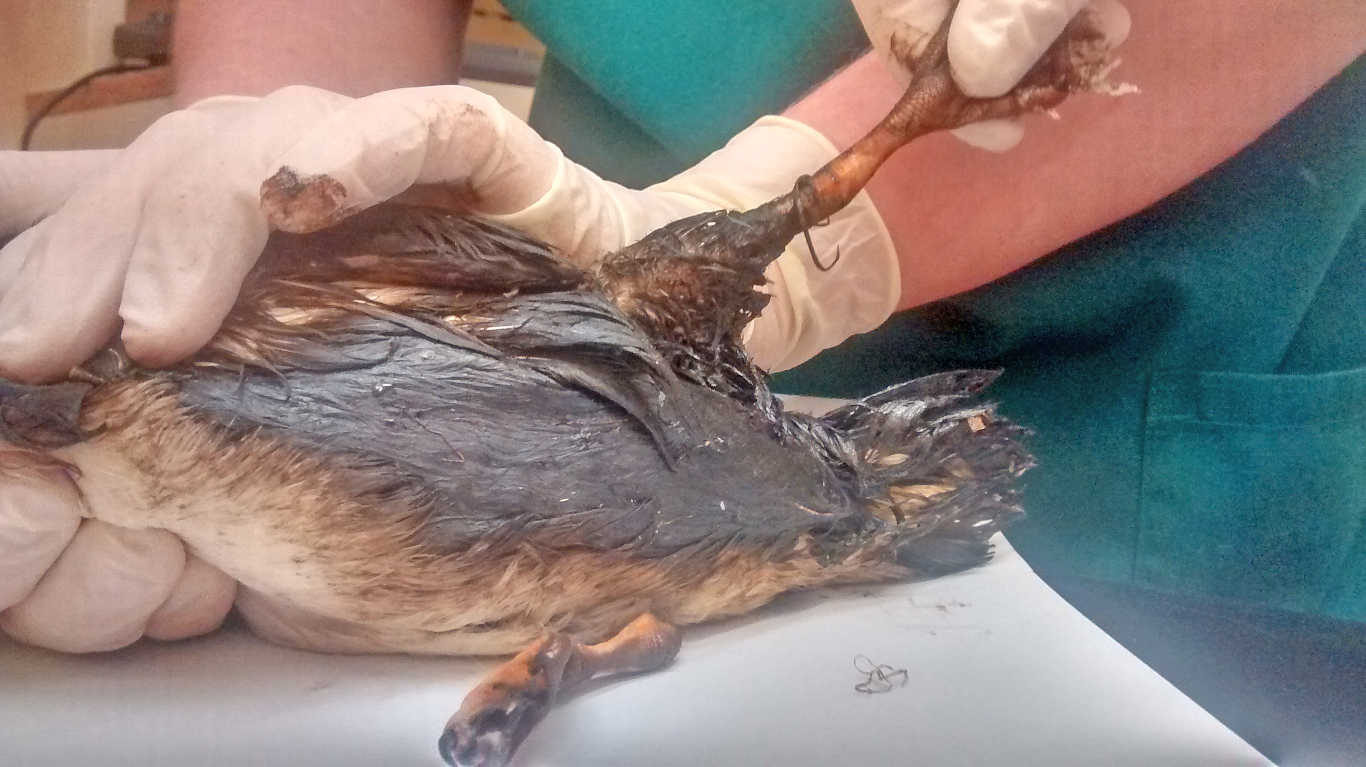 The substance remains unidentified, but is as incapacitating for the birds as regular crude oil. Photo: RSPCA.

Members of the public are advised not to risk injury by attempting to rescue the birds themselves. The source of the oily substance has so far not been identified.

“We don’t know what it is or where it’s coming from, but the birds are covered in it,” said inspector Miller. “We’re getting them to local vets where they are being rehydrated and stabilised, [and] then they are being taken to our closest specialist wildlife centre in Cheshire, Stapeley Grange RSPCA.

“The birds will be cleaned with Fairy Liquid, which will hopefully remove the oil from the seabirds’ feathers, meaning they can remain waterproofed when finally released. Without waterproofing they will die as they will be unable to keep warm. We are hoping they can be cleaned up and returned as quick as possible.”