A Ring-billed Gull seen recently in Cleveland, Ohio, has been confirmed as the oldest known individual of its species, having beaten the previous record by a year.

The bird, which bore a metal ring, was observed throughout this winter by local birder Chuck Slusarczyk Jr at the city's Wendy Park. Eventually, after seeing it on several occasions, Chuck managed to read the ring's code.

Having reported the sighting to the United States Geological Survey's Bird Banding Lab, surprising news came back earlier this month confirming that the gull, at 28 years old, had become the longest-lived of its kind on record. 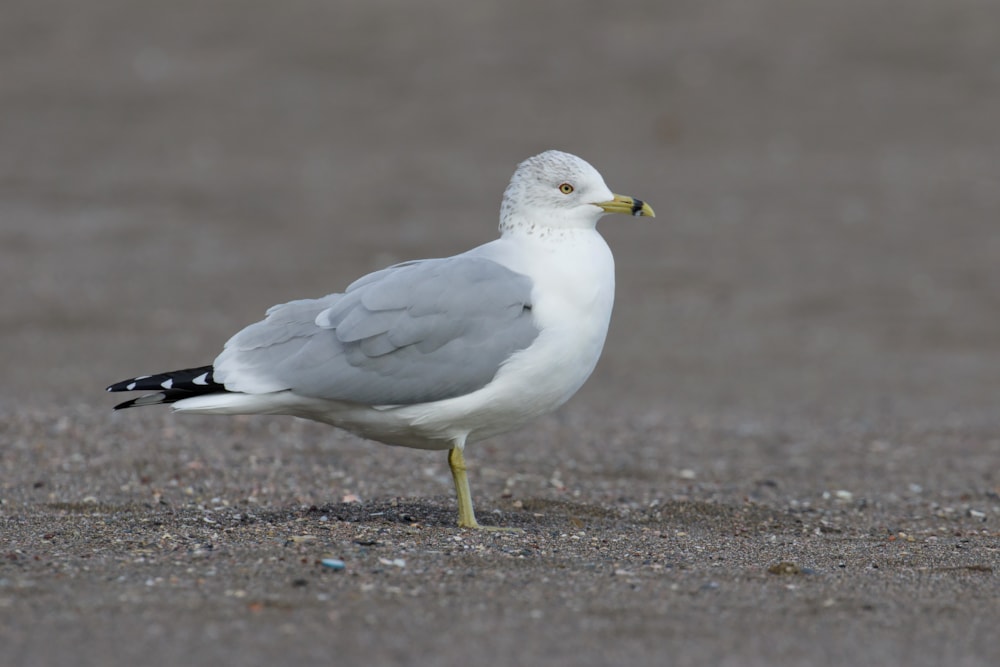 At 28 years of age, the Ring-billed Gull seen this winter in Cleveland, Ohio, is the oldest known of its kind (Josh Jones).

It transpired that the gull was born in 1992 at Tommy Thompson Park, a coastal spit jutting out into Lake Ontario near Toronto, Canada. At the time the colony there was rapidly expanding and local researchers were ringing young birds in order to better understand where they were dispersing to outside the breeding season. Remarkably, the bird hadn't been seen anywhere in the 28 years since it was banded – Chuck's is the first reported re-sight of it.

Despite being a familar suburban species across much of North America, surprisingly little is known about Ring-billed Gull's longevity and, although Chuck's bird is a new record breaker, it's difficult to be sure of whether this is a true freak or slightly more normal than it might at first appear. Ringing projects are relatively short-lived in the US and easier-to-read plastic darvic rings, commonly used in gull ringing projects in Europe, appear more infrequent across the Atlantic.

In Europe, where gulls and other species have been more intensively studied through ringing schemes, similar species of gull have been shown to live for significantly longer durations. For example, the oldest known Common Gull was 33 years and eight months when seen alive in Denmark, and a British Black-headed Gull ringed as a first-winter in Herefordshire in February 1986 was noted alive and well in Germany in June 2018, more than 32 years later. European Herring and Lesser Black-backed Gulls have too been known to live well into their thirties.