Research teams sighted the endangered Bahama Nuthatch during a three-month expedition to the island of Grand Bahama. However, there are worries that only two birds remain. Bahama Nuthatch, a subspecies of Brown-headed Nuthatch, had been feared extinct after the disastrous damage caused by Hurricane Matthew in 2016, and hadn’t been found in subsequent searches. However, should only two individuals remain, it would be on the verge of extinction. 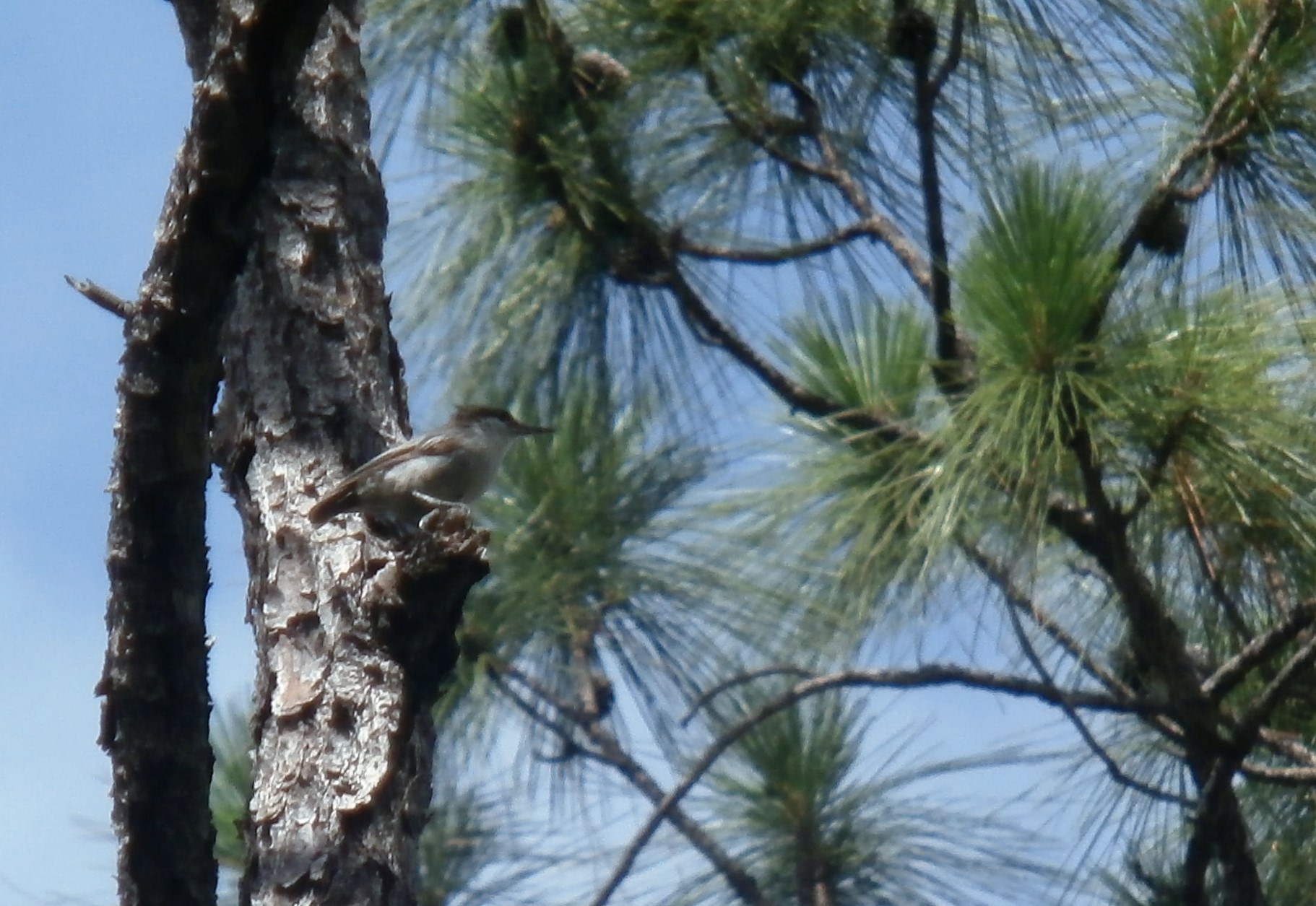 The remnant population of rediscovered Bahama Nuthatches is tiny, and doesn't bode well for a recovery (Matthew Gardner, University of East Anglia).

University of East Anglia Masters students Matthew Gardner and David Pereira set out to find this and other endemic Caribbean pine forest bird species, navigating through dense forest with thick understory, in what is thought be one of the most exhaustive searches of the island. Meanwhile, a second team of Bahamian students, led by Zeko McKenzie of Loma Linda University and supported by the American Bird Conservancy, also searched for the bird. Both teams made nuthatch sightings in May, and the UEA team were able to capture the species on film.

Bahama Nuthatch is only known from a small area of native pine forest on Grand Bahama Island, which lies approximately 160 km off Palm Beach, Florida; the bird nests only in mature pine trees. There had been a marked decline in its population, falling from an estimated 1,800 in 2004 to just 23 recorded in a survey in 2007. The decline likely began in the 1950s, due to habitat loss via timber removal, and more recently due to hurricane damage.

Dr Diana Bell, from UEA’s School of Biological Sciences, explained: "The Bahama Nuthatch is a Critically Endangered species, threatened by habitat destruction and degradation, invasive species, tourist developments, fires and hurricane damage. Our researchers looked for the bird across 464 survey points in 34,000 ha of pine forest. It must have been like looking for a needle in a hay stack.” 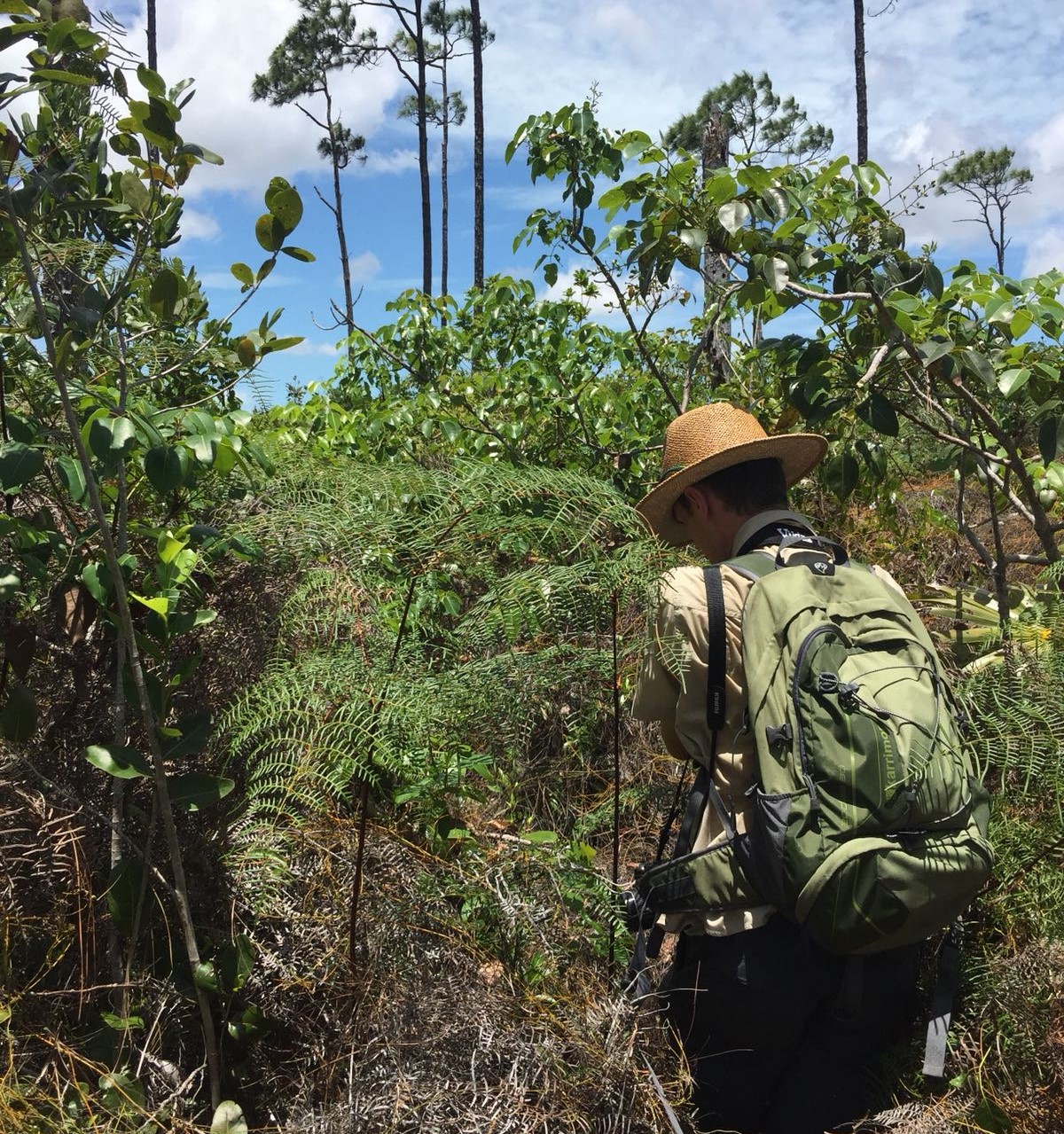 Matthew Gardner commented: "We were the first to undertake such an exhaustive search through 700 km of forest on foot. We had been scouring the forest for about six weeks, and had almost lost hope. At that point we’d walked about 400 km. Then, I suddenly heard its distinctive call and saw the unmistakable shape of a nuthatch descending towards me. I shouted with joy; I was ecstatic."

The UEA team made six nuthatch sightings in total, and McKenzie's team independently made five more, using different methods, in the same small area of forest – including a sighting of what they believe to be two birds together. Gardner added: "During three months of intensive searching we made six Bahama Nuthatch sightings. Our search was extremely thorough but we never saw two birds together, so we had thought there might only be one left in existence. The other team have claimed to see two together so that is promising. However, these findings place the species on the verge of extinction and certainly among the world's most critically endangered birds."

The nuthatch was spotted in a small area known as Lucaya Estates. During the research project, birds were seen and heard in three distinct but nearby locations within this area. However, as the exact drivers of the recent precipitous decline of the bird are still unclear, hopes of a recovery remain low, with Bell saying: "Sadly, we think that the chances of bringing this bird back from the brink of extinction are very slim – due to the very low numbers left, and because we are not sure of the precise drivers for its decline."