Northumberland seal pup dies after being harassed by tourists

A marine animal rescue group has said a seal pup died after it "spent the best part of a day being chased back into the sea by members of the public".

British Divers Marine Life Rescue (BDMLR) said the pup was prevented from resting on the Northumberland beach. It was "exhausted", underweight and died overnight "despite the efforts of a local vet", it said. 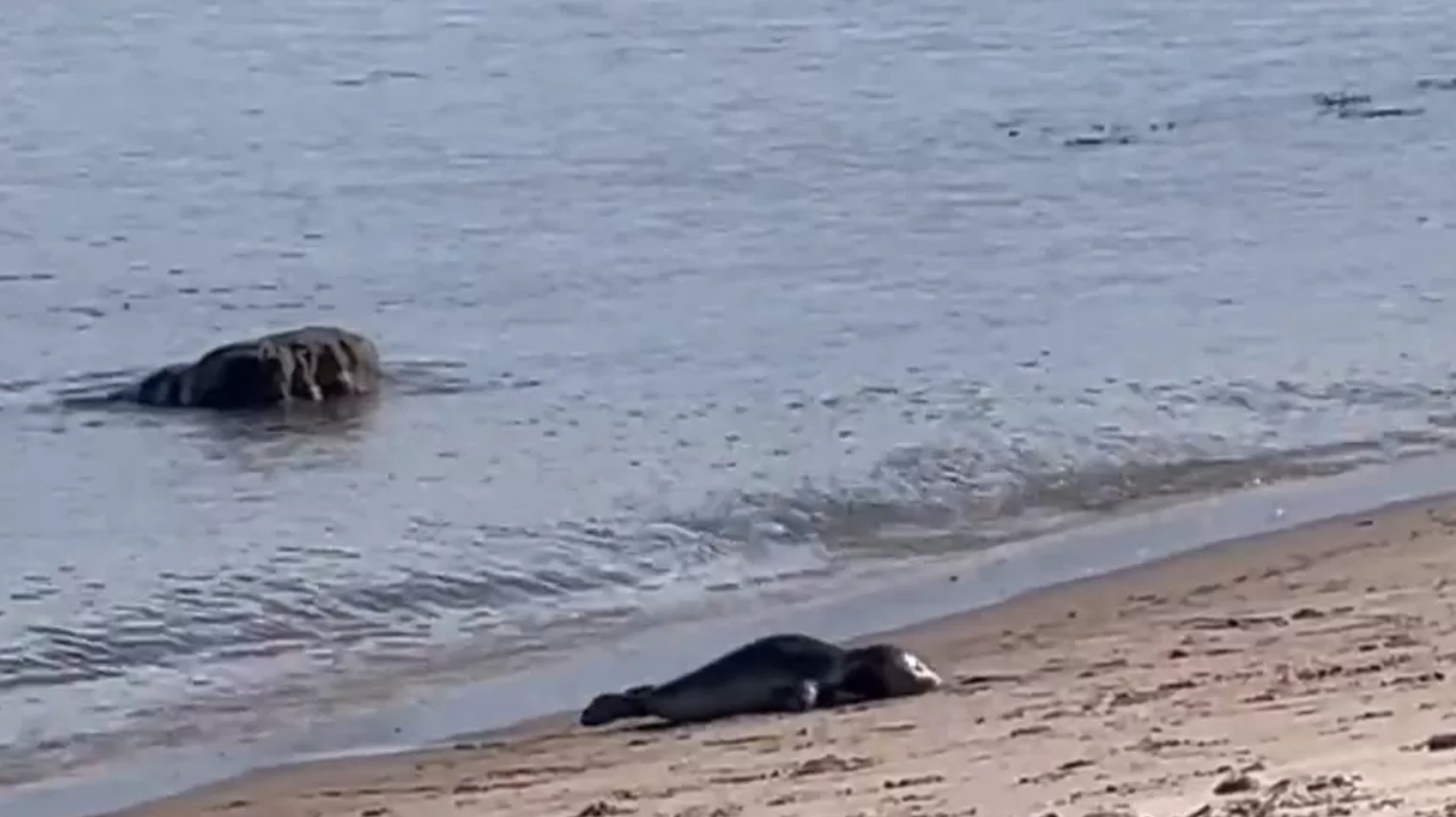 This seal died after being repeatedly chased back into the sea (Jane Hardy/BDMLR).

Medic Jane Hardy said she did not think it was intentional, but called for people to give the mammals more space. "I don't think people are intentionally chasing the seals back in the sea to do harm to them," she said.

They assume, wrongly, that "seals need to be in the sea", and drive them back in, she added. "They're a mammal like me and you, they breathe air. They live on the land; they just go on the sea to fish."

BDMLR said it was important seals were allowed space on beaches to digest food and rest. Older, healthy animals tended to avoid busy beaches but this was something young pups separated from their mothers had not yet learned, Ms Hardy said.

The mothers may also do themselves or unborn pups harm in their rush to get away from people, she added.