New research has demonstrated a link between Red Squirrel population recovery and the presence of Pine Martens in Northern Ireland.

The study, recently published in Proceedings of the Royal Society B, conducted a landscape-scale survey using camera traps three times over a five-year period between 2015 and 2020, in order to monitor the presence of Pine Marten, Red and Grey Squirrels. 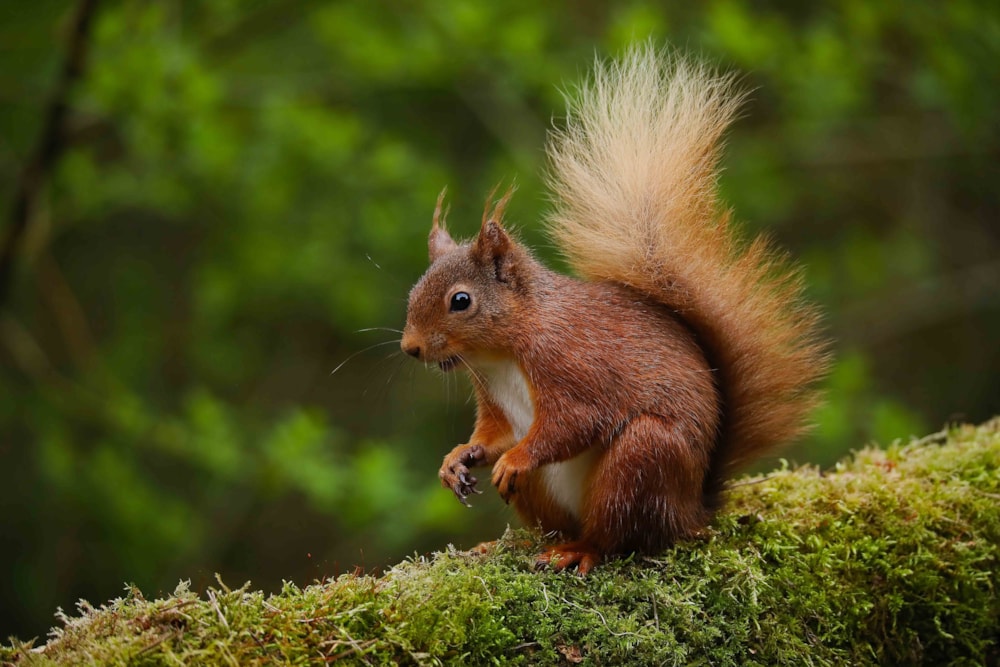 Red Squirrel populations have recovered across Northern Ireland in conjunction with the return of Pine Martens (Clive Daelman).

The team found that habitat makes no difference to the suppression of Grey Squirrels, with declines noted wherever Pine Martens occurred, irrespective of habitat type.

However, reactions between Pine Marten and Red Squirrel were influence by habitat. While martens had an overall positive impact on Red Squirrel populations across the landscape, especially in native broadleaf woodland, the team noted that martens actually reduced the occurrence of Red Squirrels in large conifer plantations.

The researchers speculate that the differences in findings are linked to the structural complexity of natural forests, where alternative prey abundance is higher and more refuges are likely to exist for Red Squirrel. Furthermore, the absence of Grey Squirrels in large conifer plantations is likely to have effect.

The team suggests that Red Squirrel conservation strategies would be better focused on planting of native broadleaf woodlands alongside the continued restoration of Pine Marten habitat and populations.

Lead author, Josh Twining, said of the findings: "While the work demonstrates some of the incredible benefits of native predators, and highlights the importance of restoration of native predator populations, it also shows that this must be alongside the creation and maintenance of natural, structurally complex habitats."