Following BirdLife's annual update to the IUCN Red List of Threatened Species, Northern Bald Ibis has been removed from the Critically Endangered category, bringing the number of bird species rescued from the brink of extinction since 2000 up to at least 26.

Pink Pigeon is another species that has been downlisted – now classed as Vulnerable – following decades of invasive species control and habitat restoration on Mauritius. However, despite the positive status changes, the IUCN Red List update also reflected the harsh reality of the growing challenges in conservation, with a host of species placed in higher threat categories. 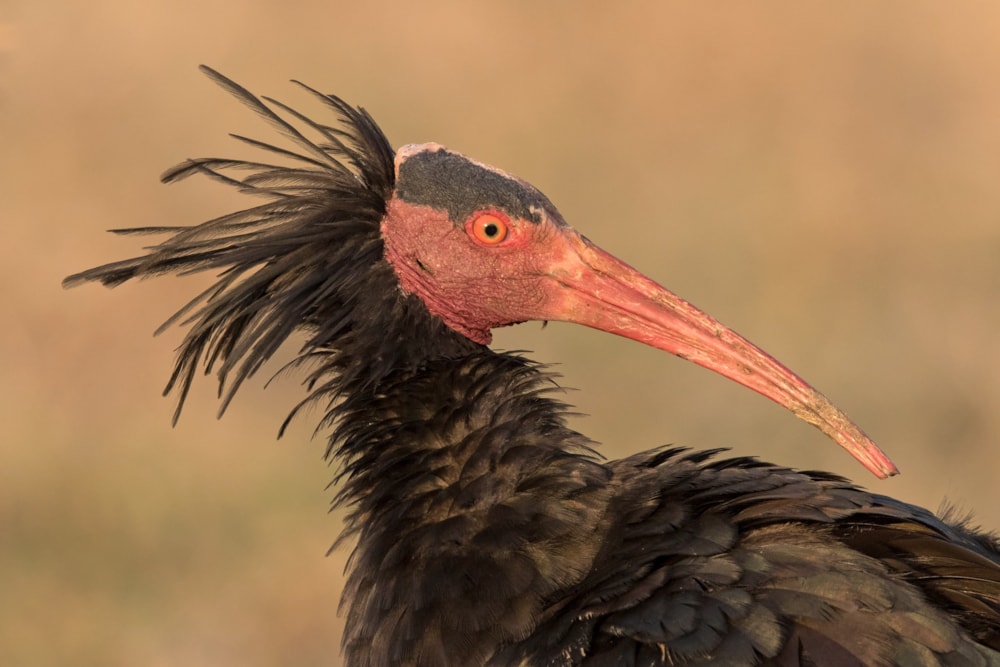 Prior to the 2018 assessment, Northern Bald Ibis was among 222 Critically Endangered bird species, all with a genuine threat of extinction. As recently as 1998, only 59 pairs remained, almost exclusively confined to the Souss-Massa National Park in Morocco. However, a range of conservation measures – including the employment of local fishermen to protect the birds – has seen the population rise to nearly 300 individuals, some of which spread to two new breeding sites last year. Such numbers are still low and the ibis is still categorised as Endangered, but semi-wild populations in Turkey and high-profile captive release programmes in Spain offer hope of continued recovery across its former range.

In 2000 Pink Pigeon was considered Critically Endangered, but steady conservation management has seen the species moved to Vulnerable in the latest update. Twenty-eight years ago, just 10 Pink Pigeons remained in the wild, but a captive breeding programme, as well as intense field conservation, mean there are now an estimated 400 individuals. Further good-news stories come from North America, where Red-headed Woodpecker and Henslow's Sparrow – previously Near Threatened – have both been downlisted to Least Concern following habitat restoration. 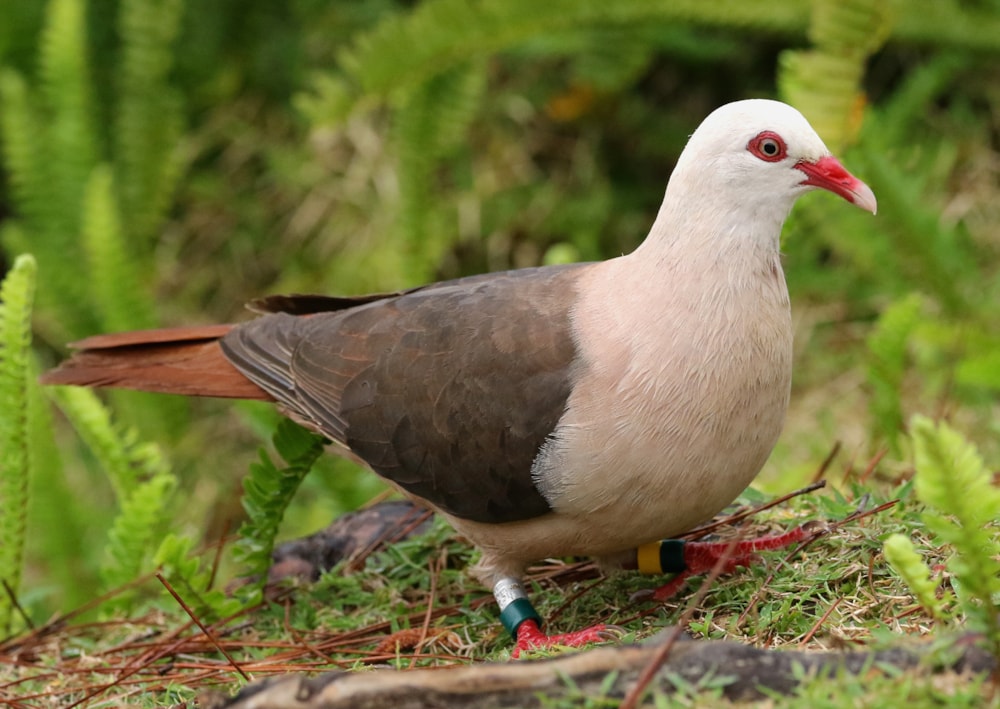 Although the Red List update provides demonstrations of conservation success, there were also many examples of negative trends. No fewer than eight species of hornbill have been moved to higher threat categories, mainly due to deforestation and hunting. Most of these species reside in the Sundaic lowlands of South-East Asia, where rates of deforestation are highest. In a vicious circle, forest loss is also making it easier for hunters to access these birds. Larger species such as Great Hornbill and Rhinoceros Hornbill are often shot because they are mistaken for the Critically Endangered Helmeted Hornbill, whose casque is highly desirable on the black market. 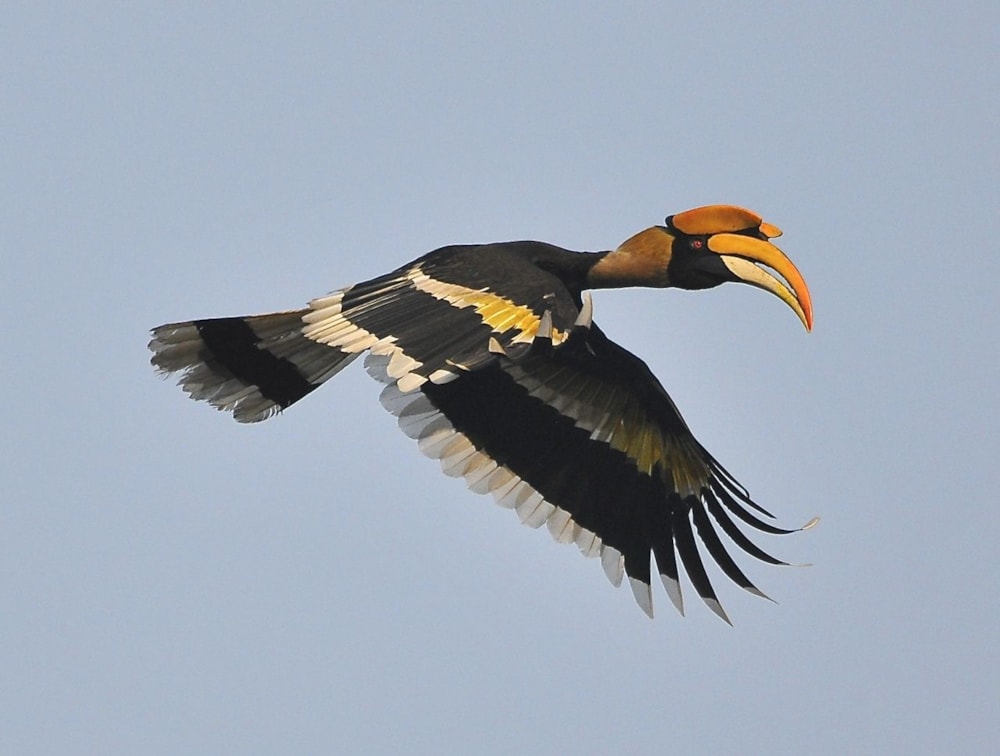 Great Hornbills are often shot, having been misidentified for Helmeted Hornbill (Roger Ridley).

Also in South-East Asia, Java Sparrow and Straw-headed Bulbul have been uplisted to Endangered and Critically Endangered respectively; these two species are some of many that are heavily persecuted for Asia's songbird trade, with the sparrow having disappeared from vast swathes of its former range.

Eastern Whip-poor-will and Rufous Hummingbird, both familiar in the Americas, have been moved to Near Threatened following the update. These two species have long been considered common and widespread, so little previous research into the health of their populations had been carried out before. However, long-term monitoring via citizen science projects has revealed that Eastern Whip-poor-will declined by an alarming 60 per cent between 1970 and 2014. Both this species and Rufous Hummingbird rely heavily on insects, so pesticides and intensified agriculture are key factors behind their respective declines. 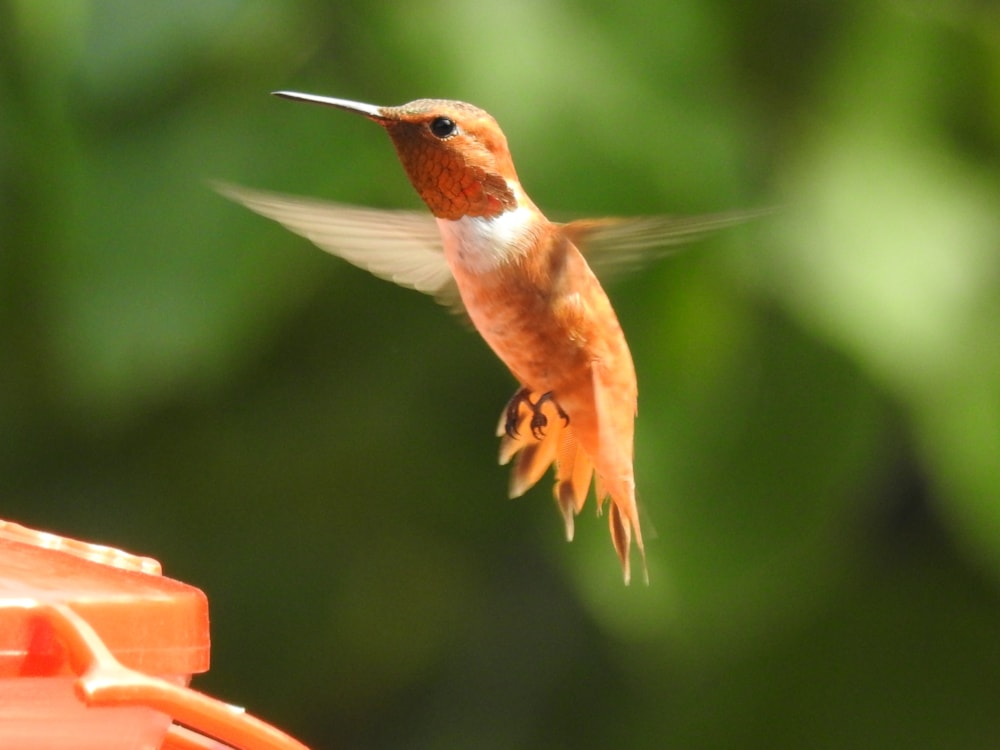 Pesticide use, intensified farming and climate change are all having a detrimental effect on Rufous Hummingbird (Tom Malarkey).

Melanie Heath, Director of Science, Policy and Information at BirdLife International, said: "This year's list shows that, given sufficient resources and political will, species can recover and habitats can be restored. However, still more concerted effort is required to reverse the downward trends of our planet's most threatened bird species. Governments have a particular responsibility to implement policies that scale up existing successes and achieve environmentally sustainable development to end the biodiversity crisis."

The update thus offers both hope and cause for concern. While it's clear that, with hard work and careful planning, some species can come back from the brink, many more remain exposed to a myriad of threats – the vast majority of which are human driven – on Earth. Such pressures mean mainland bird extinctions are now on course to outpace island bird extinctions for the first time and so targeted, species-specific interventions alone will not be enough. As a result, large-scale international collaboration between NGOs, governments, businesses and local communities is required, along with robust policies to protect the world's most important sites for nature.