Birders were left amazed on Monday [26 September] when news broke that a Common Nighthawk had been discovered in an Oxfordshire town.

Having flown across the Atlantic from its native North America, the nighthawk had chosen to roost along a garden fence on a sleepy estate in Wantage.

Details of the sensational find began to filter out shortly after 11.30 am, with birders arriving to pay their respects to this extremely rare vagrant soon afterwards. News of the Wantage Common Nighthawk began to filter out just before midday (Paul Taylor).

Despite the excitement of the growing crowd, as well as passing vehicles and bemused members of the public, the nighthawk remained faithful to its favoured fence into the afternoon – only stirring when a Red Kite passed overhead.

A charity collection has been set up in the form of a £10 admission fee to see the nighthawk, which is easily viewed from a cul-de-sac off Springfield Road. Further details of the bird's location and other on-site instructions can be found at www.birdguides.com/sightings and via the fully updated BirdGuides news app.

BirdGuides and Birdwatch's Ian Lycett, who was on site by mid-afternoon, said: "You can't miss it – just look for the red Audi, and the bird is sat on the fence behind!" 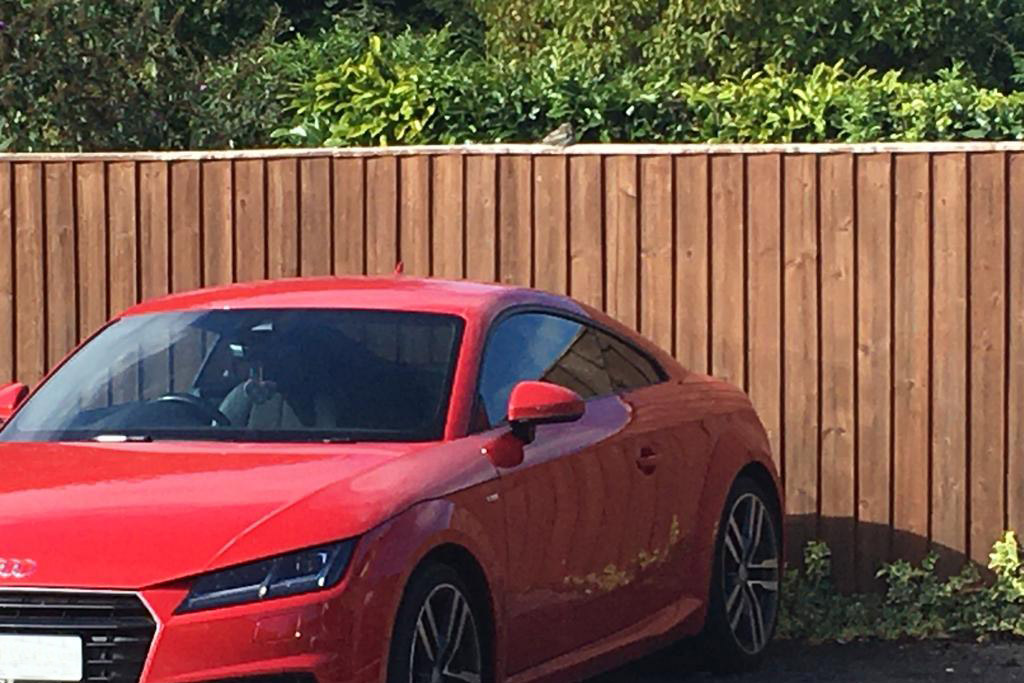 The Common Nighthawk has been favouring a stretch of garden fence next to a red Audi (Ian Lycett).

Common Nighthawk is a very rare visitor to Europe, with just 25 previous British and three Irish records. There has been a good run of sightings of this species in recent years, although the British records have proved short-staying and largely untwitchable affairs. In 2019, a bird favoured riverside fields at Galgorm, Co Antrim, from 4-17 October, where it was well twitched, before being relocated at Bushy Park, London, on 19th. Then, in 2020, one was present for less than two hours at Church Norton on the Sussex coast on 8 October, followed by another in Kent in early November, which was seen only by the finder.

Keep up to date with reports of the Common Nighthawk using the BirdGuides app.