Bush Heritage Australia has revealed that a juvenile Night Parrot has been seen and photographed on their Pullen Pullen reserve in western Queensland.

The image was taken recently by Nicholas Leseberg, a PhD student from the University of Queensland, whose Night Parrot research is being funded by Bush Heritage donations.

"It's estimated that this Night Parrot is two or three months old, which indicates a laying date of early September," explained Leseberg.

"This suggests that Night Parrots are still breeding at least seven months after the last substantial rain, and following a very dry year. This reinforces the importance of Pullen Pullen Reserve as critical Night Parrot habitat and Bush Heritage's efforts to manage the reserve for the benefit of this rare and wondrous Australian bird." 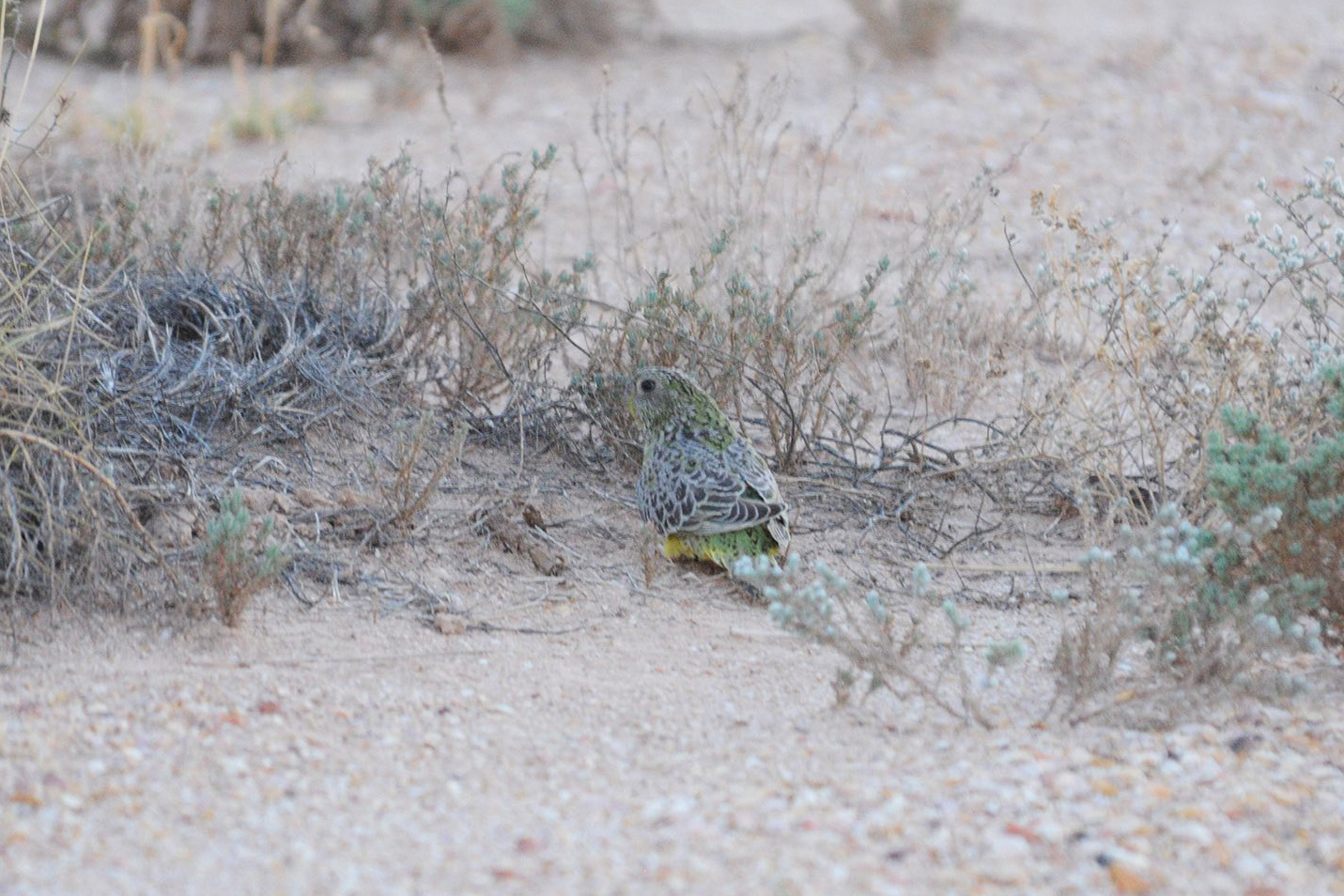 The Chief Executive Officer of Bush Heritage, Gerard O'Neill, said the sighting was a sign of a successful conservation strategy. "It's vindication that our science works, and that is hugely satisfying for the dedicated people we have working on the ground and doing everything they can to safeguard and protect the Night Parrot," he said.

"Sightings like this make our jobs all the more worthwhile and show that the generous contributions of our donors are making a real impact, today and for future generations."

Famous for avoiding detection, the ground-dwelling Night Parrot is nocturnal and sedentary. It was first rediscovered by John Young in 2013 and has subsequently been seen in Western Australia and recorded in South Australia, raising hopes that its conservation status might not be quite as perilous as previously feared.

Pullen Pullen is named after the Maiawali word for Night Parrot, in recognition of the traditional Aboriginal owners of the land. The 56,000 ha property, identified as one of the only known habitats of Night Parrots in the world, was purchased by Bush Heritage in April 2016.

The Pullen Pullen Founders Circle, a cohort of passionate supporters, donated a significant sum to help acquire the property. Pullen Pullen is protected by a Nature Refuge Agreement, in a partnership between Bush Heritage and the Queensland Government, who also provided financial support for this important conservation project.

Minister for Environment and Science, Leeanne Enoch, said the sighting of a young Night Parrot was wonderful news. She commented: "The Queensland Government is committed to protecting the Night Parrot and its ecosystem. Last year the Government provided AUS$440,000 from the NatureAssist program for conservation works at Pullen Pullen. The funding will also be used to protect the Night Parrot from predation by feral animals, fencing and fire management. We will continue to work with Bush Heritage Australia to protect this remarkable bird."