A new record has been set for the highest number of bird species recorded in a single day worldwide.

An astonishing total of 7,093 was logged on Saturday 17 October – the first day of the inaugural Global Bird Weekend, a project curated by Tim Appleton MBE in partnership with BirdLife International, eBird and Swarovski Optik. This beats the previous daily high of 7,060, which was set in October 2018.

By the end of the weekend, the list had increased to 7,243, meaning that almost three quarters of the world's birds had been seen by observers in a two-day period. More than 77,000 checklists were submitted to eBird from 32,000 observers on the Saturday. Overall, more than 38,000 people took part in the event, which organisers claim makes it "the biggest birdwatching event in history".

Tim Appleton, founder of Global Birding, commented: "I was amazed at the response considering we only launched Global Birding in August 2020. Being able to unite a worldwide community for Global Bird Weekend by asking them to ‘Go Birding Together for Conservation’ went beyond my wildest dreams and has already produced significant scientific data and inspired new networks of communication."

But, more importantly, Global Bird Weekend has so far raised more than £22,000 for BirdLife International in its bid to fight illegal bird trade worldwide and ultimately put an end to the barbaric practice, which is emptying tropical forests worldwide, but especially so in South-East Asia.

The fundraising page remains open until midnight on 31 October, and donations from participants and other supporters remain most welcome.

Find out more about Global Bird Weekend at globalbirding.org. 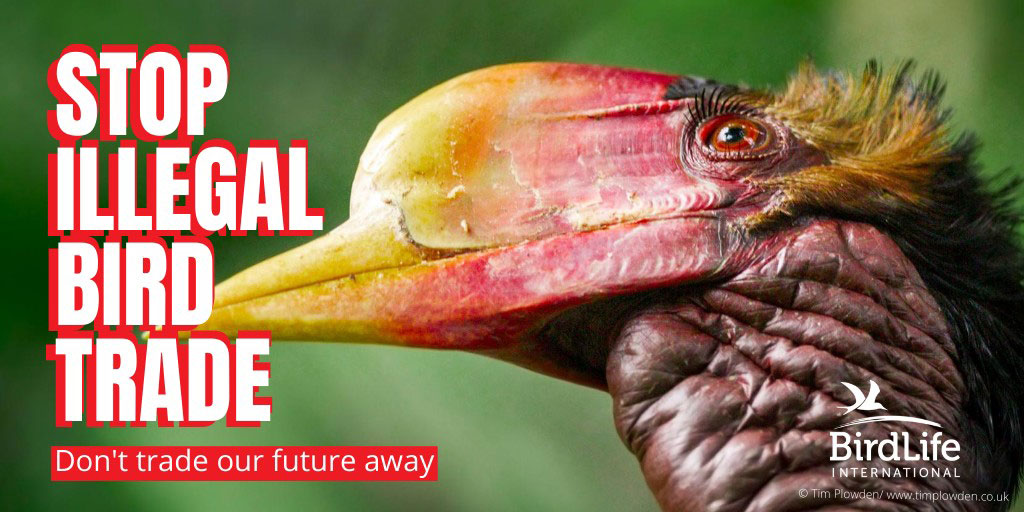