Exmoor National Park Authority Members have adopted a vision to work with landowners, partners and communities to help ensure that at least 75% of the national park is in "nature-rich condition" by 2050.

Exmoor National Park's Nature Recovery Vision sets out vital changes needed to reverse wildlife decline, restore natural processes and boost resilience to climate change. By 2030 the aim is to increase the area for nature on Exmoor in line with targets set out in the EU Biodiversity Strategy for 2030 and the Wildlife Trusts' 30 by 30 campaign, and with the government's national 'Nature Recovery Network'.

A key ambition is to tap into the huge opportunity for more farmland to be managed for nature and climate while still supporting viable farm businesses. Many Exmoor farmers already farm sustainably with unimproved grasslands, hay meadows, pollinator margins and restored hedgebanks at the very core of their business.

The proposals also include dedicating at least 10% of the National Park to wilder areas in which wetlands, scrub and woodland would be given space to regenerate. This could be done to closely mimic natural processes, including the use of large grazing animals to deliver clean air, fresh water, productive and healthy soils and flood alleviation, alongside natural beauty. 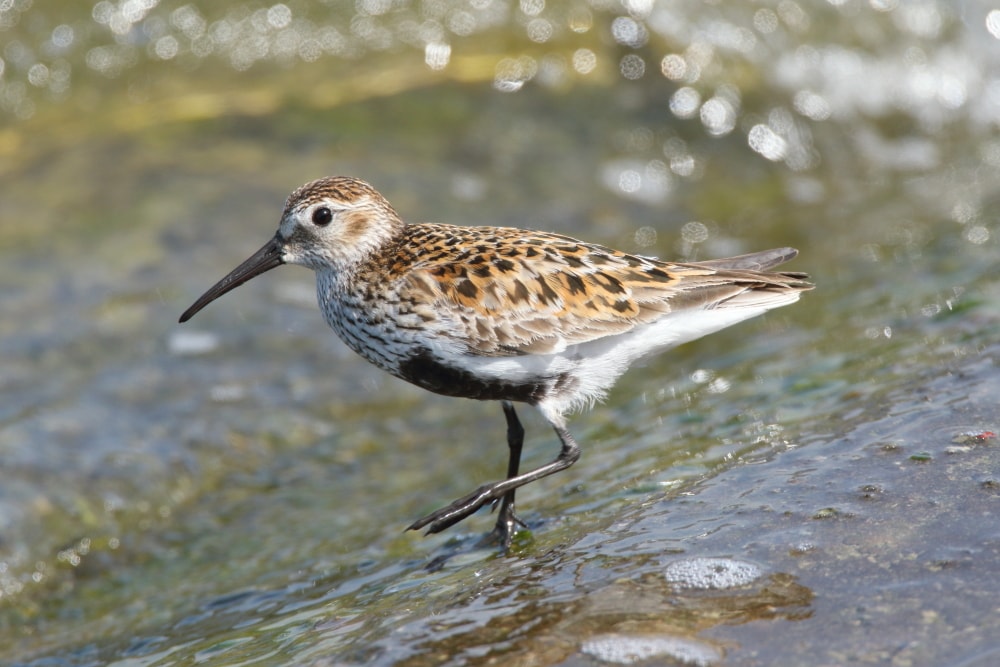 The new vision from Exmoor National Park Authority will benefit a great range of resident and migrant wildlife, including breeding Dunlin in the upland areas (Andrew Jordan).

Exmoor is already rich in nature with 38% of the National Park internationally protected for its habitats and rare species. Bringing these into the best possible condition will also be a major priority.

The Vision has been drawn up by the National Park Authority's Nature Conservation Advisory Panel, comprised of 25 members including local representatives from the RSPB, National Trust, Environment Agency, Somerset & Devon Wildlife Trusts and a range of other stakeholders. Ongoing wider consultation with the Exmoor Hill Farming Network and other key local partners are also helping shape the plans.

Following its adoption, the Vision will be worked up into a final designed document planned for launch in spring 2021.

Sarah Bryan, Chief Executive of Exmoor National Park Authority, said: "Our joint Vision is a call to action for everyone who lives, works and visits Exmoor to play an active role in bringing nature back to the heart of our countryside. From large-scale landowners and farmers, to community projects and even your back garden, everyone can get involved in delivering a healthier, more beautiful National Park for future generations."

Ali Hawkins, Wildlife Conservation Officer at Exmoor National Park, who has compiled the Vision, commented: "Exmoor remains an incredibly special place for wildlife, with the National Park still a stronghold for important species and habitats that elsewhere are threatened. But the national decline in nature has been stark, with National Park status alone not enough to stop rare butterflies, Eurasian Curlews, our iconic Red Squirrels and many other species being lost.

"The changes behind these losses are now well-understood and have taken place over many hundreds of years. To put this in context we employed wildlife artist Richard Allen to literally paint a picture capturing the key actions that could contribute to bringing back a nature-rich Exmoor. No one farmer, forester or landowner could achieve this alone, but we hope these illustrations will help inspire everyone to see that change is possible if we all work together." 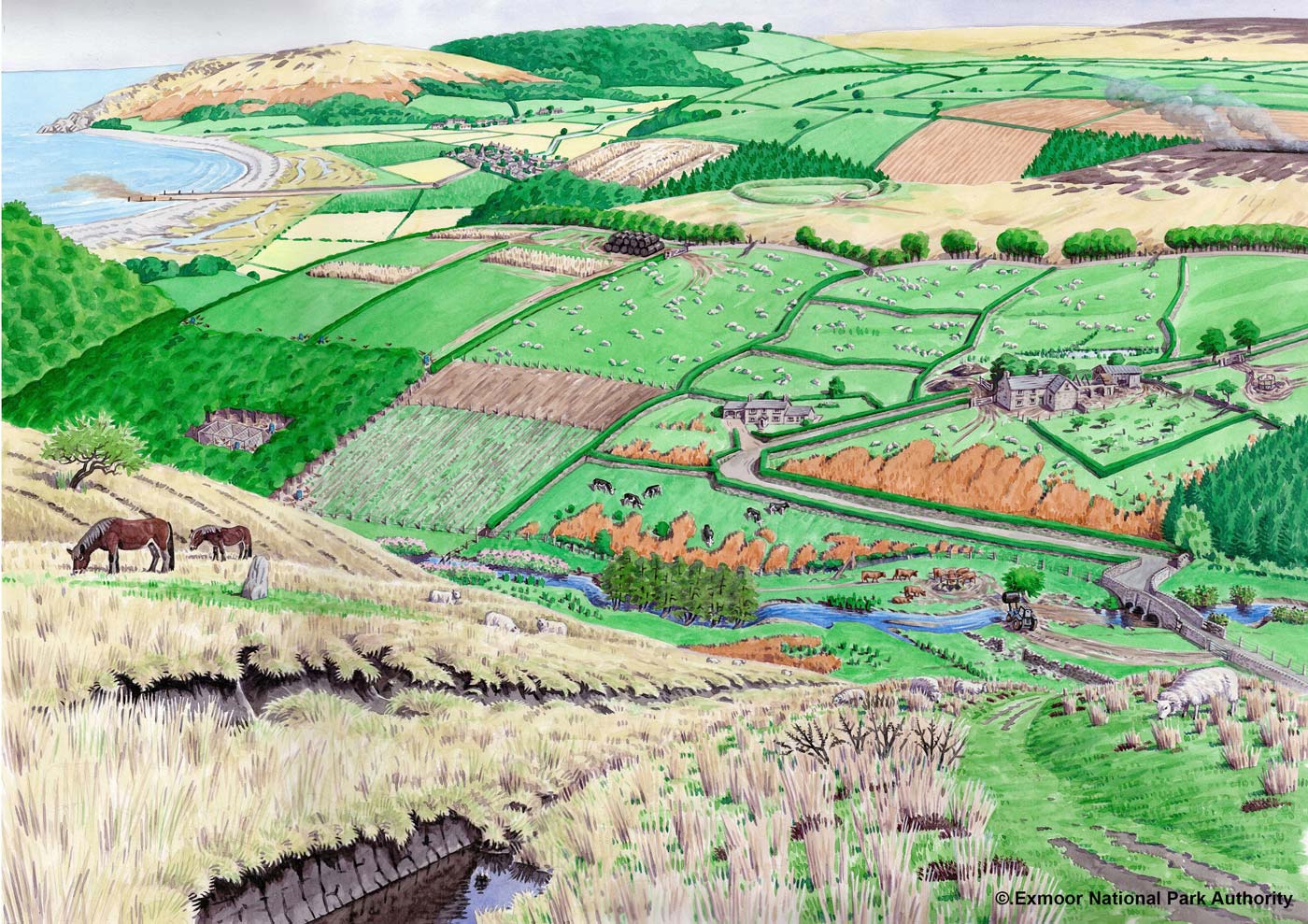 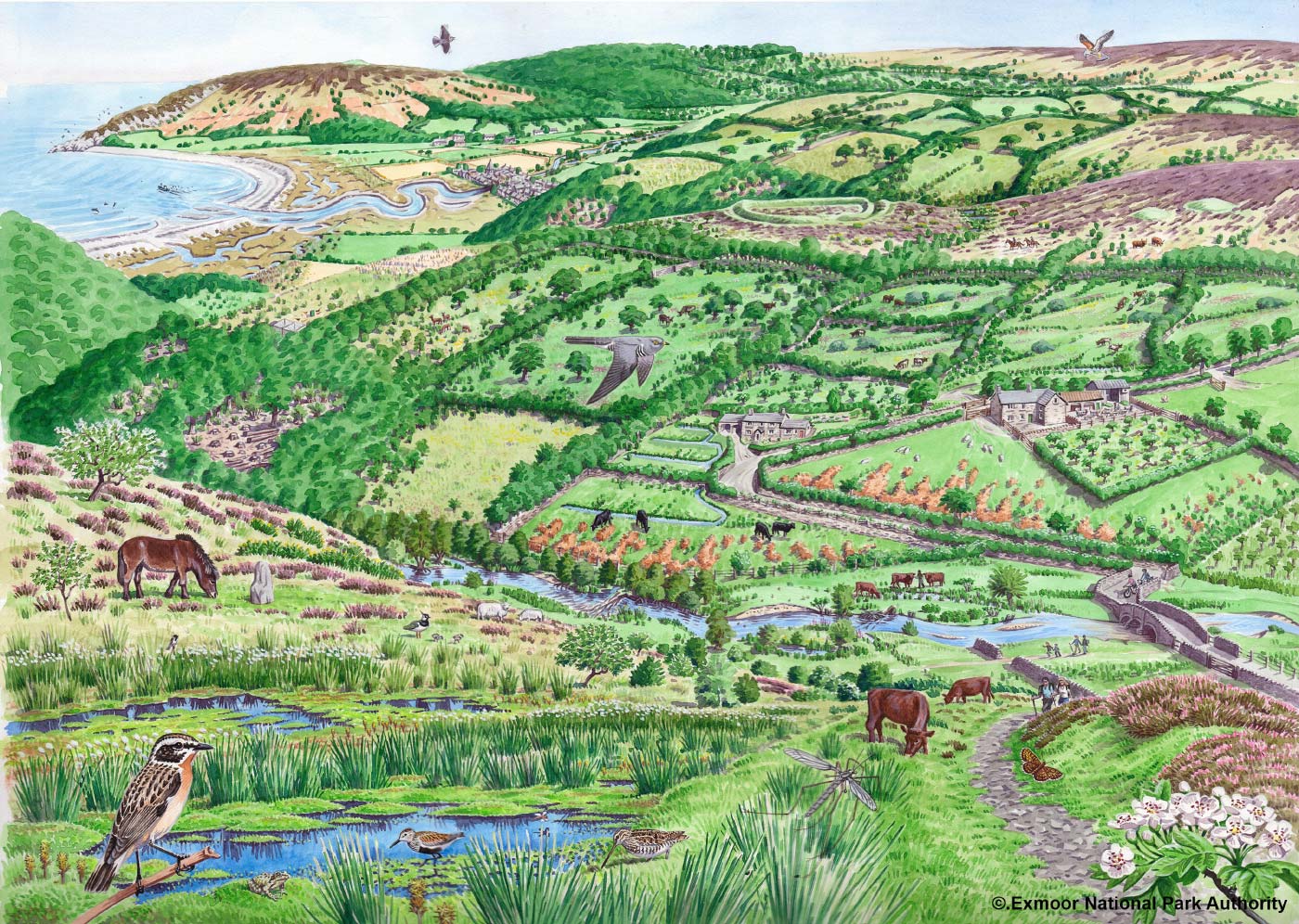 Wildlife artist Richard Allen was commissioned to paint contrasting scenes of a future Exmoor, with (top) a continuation of typical modern practices and (below) a more nature-friendly outlook, like the one adopted by the National Park Authority.

Robin Milton, Chair of Exmoor National Park Authority, who runs a sheep and beef farm on Exmoor, added: "National Parks were founded on the principle that every citizen should have access to our nation's most beautiful countryside. The skills and expertise to create that landscape are largely reliant on traditional ways of farming that date back centuries and that we cannot afford to lose as we transition to the Government's new system of awarding public money for public goods.

"We strongly believe that by building a better future for our environment, we are also building resilience in our farming community and vice versa. That's why we're keen to work alongside farmers, land managers, conservationists, communities and public bodiesto explore how we can support nature recovery together."