Road construction through Belarus's Almany Mires is devastating ancient bogs in one of the country's Important Bird and Biodiversity Areas. With globally threatened species such as Greater Spotted Eagle in jeopardy, BirdLife partner APB – BirdLife Belarus is leading the charge to stop the bulldozers.

Two years ago, plans for 'Forestry road #3' quietly received an official stamp of approval in a ministry office in Minsk. Construction work began without fanfare in August 2017. And then, earlier this summer – and quite by chance – conservationists were alarmed to discover what was happening. Bulldozers are ravaging Belarus's Almany Mires, which form the largest complex of intact natural bogs in Europe. A total of 12 miles of road is planned, with at least 4 miles over ancient bog. 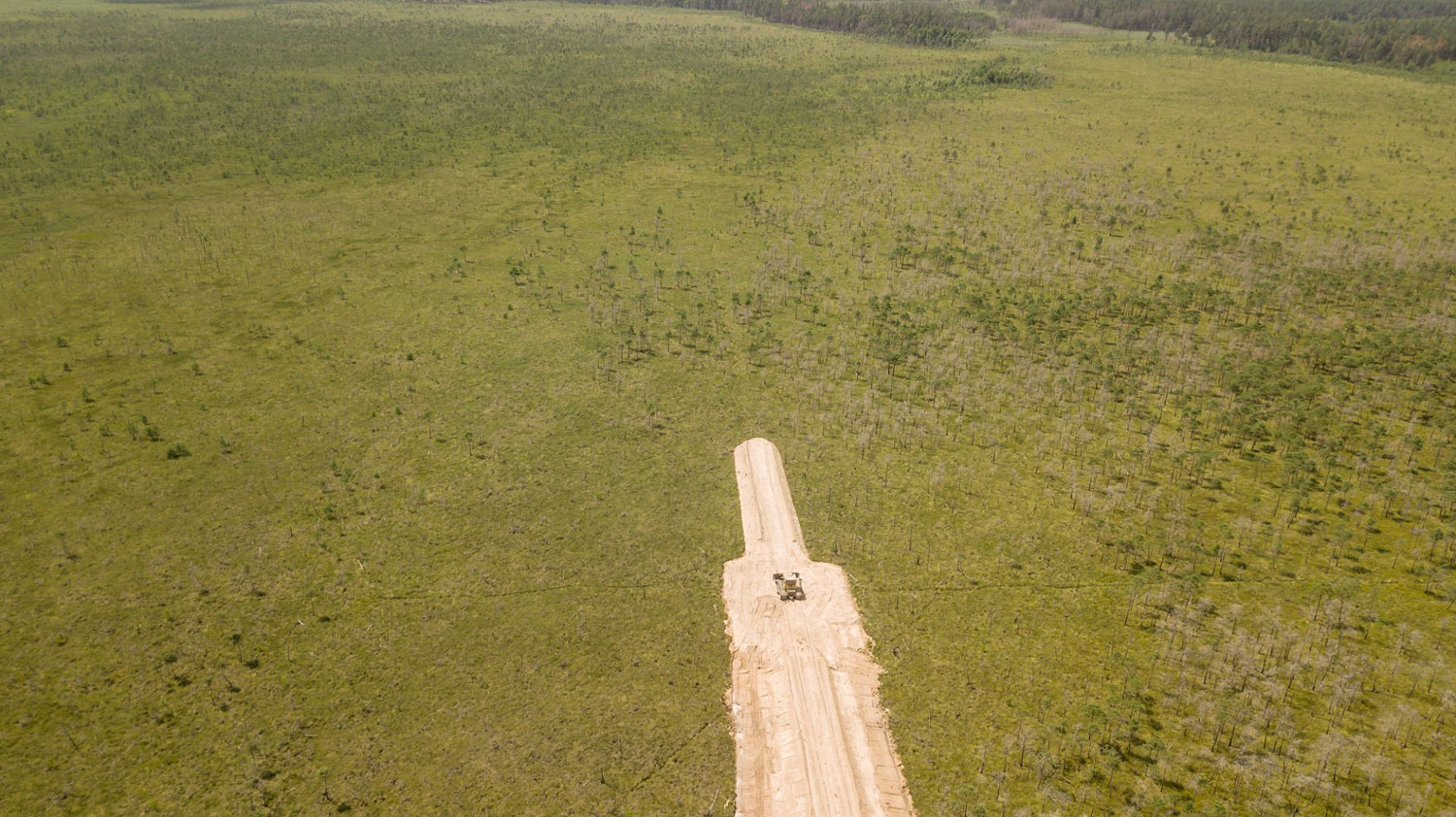 The devastation being wrought is astounding, which makes it difficult to understand how plans to build in a protected area made it past the country's Environmental Impact Procedure. The road will undoubtedly alter Almany's unique landscape, acting as a dam: on one side, the bog will collect water, gradually turning into a reservoir; on the other, drainage will dry it out. Either way, local flora and fauna will be very adversely affected. This is all the more worrying as a national wildlife sanctuary covers some 360 square miles of the mires and the whole area is a BirdLife IBA (Important Bird and Biodiversity Area), home to species such as Black Stork, Short-toed Snake Eagle, Common Crane and Great Grey Owl. 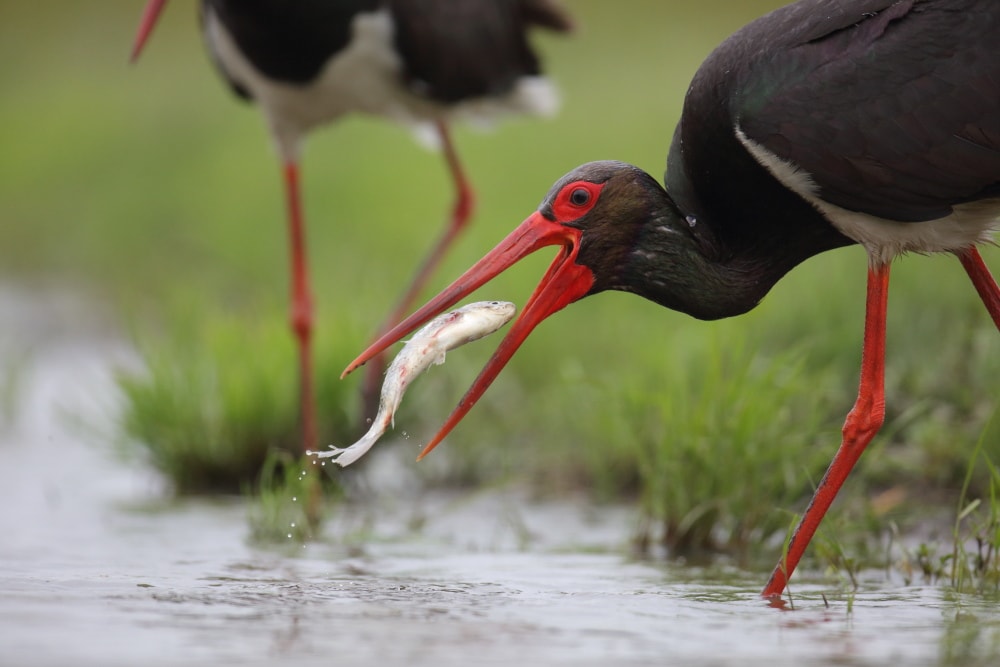 Black Stork is one of the iconic species that the new road will inevitably impact (Dave Williams).

Conservationists are particularly concerned about the road's impact on the local Greater Spotted Eagle population. Belarus is one of the few countries where this globally Endangered species can still be found and the country's biggest population (18-20 pairs) is found at Almany. The species is extremely sensitive to human disturbance and ornithologist Dr Valery Dambroŭski notes that: "The Greater Spotted Eagle nesting area is just one kilometre from the place where the road is being built. It is crystal clear that the habitat transformation, as well as other disturbing factors, will impact the birds."

APB – BirdLife Belarus has already put its case to both the Public Prosecution Office and the Ministry of Natural Resources and Environmental Protection in the hopes of securing an immediate injunction to construction. In the long term, it is clear that the Almany Mires needs official 'Wilderness Reserve' status as the presence of the wildlife sanctuary does not prohibit economic activity. APB is also hopeful that international intervention may yet secure the fate of the whole Prypiać Paleśsie territory, including Almany, with preparations for a UNESCO World Heritage proposal already under way for next year. With the recent announcement that the government plans to build more roads, the ancient peatlands of Almany may not have that long to wait.