A new EU-funded project has been launched in the Balkans to help with the fight against illegal wildlife poisoning.

With a €1.8 million budget, BalkanDetox LIFE will raise awareness and strengthen national capacities to tackle the problem in the region, which is one of the key causes of mortality and population decline for numerous threatened and endangered species. 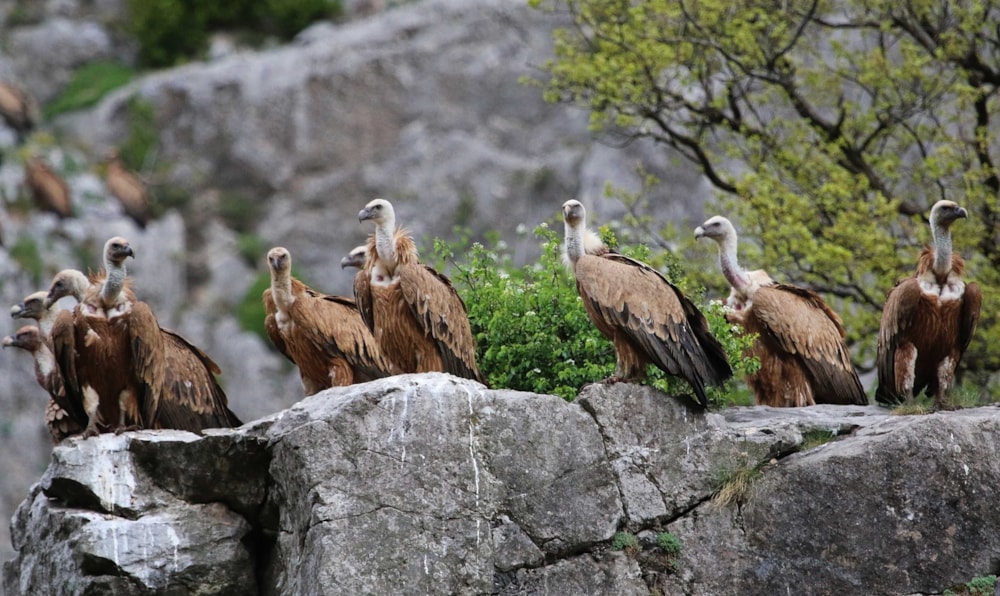 Vultures are among the animals that are most impacted by illegal poisoning (Andy Mould).

Even though wildlife poisoning is illegal in the Balkans, this harmful practice is still widespread and poses a real threat to wildlife, especially vultures, the environment and public health. Thanks to conservation actions, there has been a lot of progress made, and now, the launch of an ambitious project brings new hope for further combating this problem.

Through the BalkanDetox LIFE project, nine organisations will work alongside various national and international stakeholders, ranging from government authorities to hunters and livestock breeders, to minimize this threat and achieve concrete results across seven Balkan countries.

Uroš Pantović, Project Coordinator of BalkanDetox LIFE, said: "The project was built on the good grounds made by the Vulture Conservation Foundation's (VCF) Balkan Anti-Poisoning Project, especially in securing engagement of relevant governmental institutions for combating wildlife poisoning, and will enable the continuation of this initiative to improve management of poisoning incidents and achieve significant reduction of mortality of vultures and other affected species caused by this illegal practice in the region."

The most common type of wildlife poisoning in the Balkans is the intentional placement of poison baits to kill wild predators or other feral and domestic animals that may inflict damage on livestock or game species. In addition to the animals targeted, other vulnerable species suffer too as it is a non-selective means of extirpating animals.

Vultures as being mostly obligate scavengers often fall victim to poisoning, either by directly consuming the bait or feeding on the carcasses of poisoned animals. The frequent and successive poisoning incidents in the Balkans resulted in 465 confirmed vulture deaths over the past 20 years, and a VCF study estimates that at least 115 vultures die annually from poisoning in the Balkans since only about 20% of such incidents are discovered and documented.

"This alarming problem has caused severe depletion and even extinction of vultures species in Balkan countries, where populations are still very low and fragmented, and it is urgent to tackle the issue if we are to restore them to former levels and distribution," said José Tavares, Director of the VCF.