Two new populations of one of Britain's rarest beetles have been discovered in Devon.

Blue Ground Beetle Carabus Intricatus was found at two sites on Dartmoor. Identified by staff from conservation charity Buglife, the species is the UK's largest ground beetle. Buglife, whose volunteers spent many nights searching for the beetles by torchlight, described the discovery as "really significant". 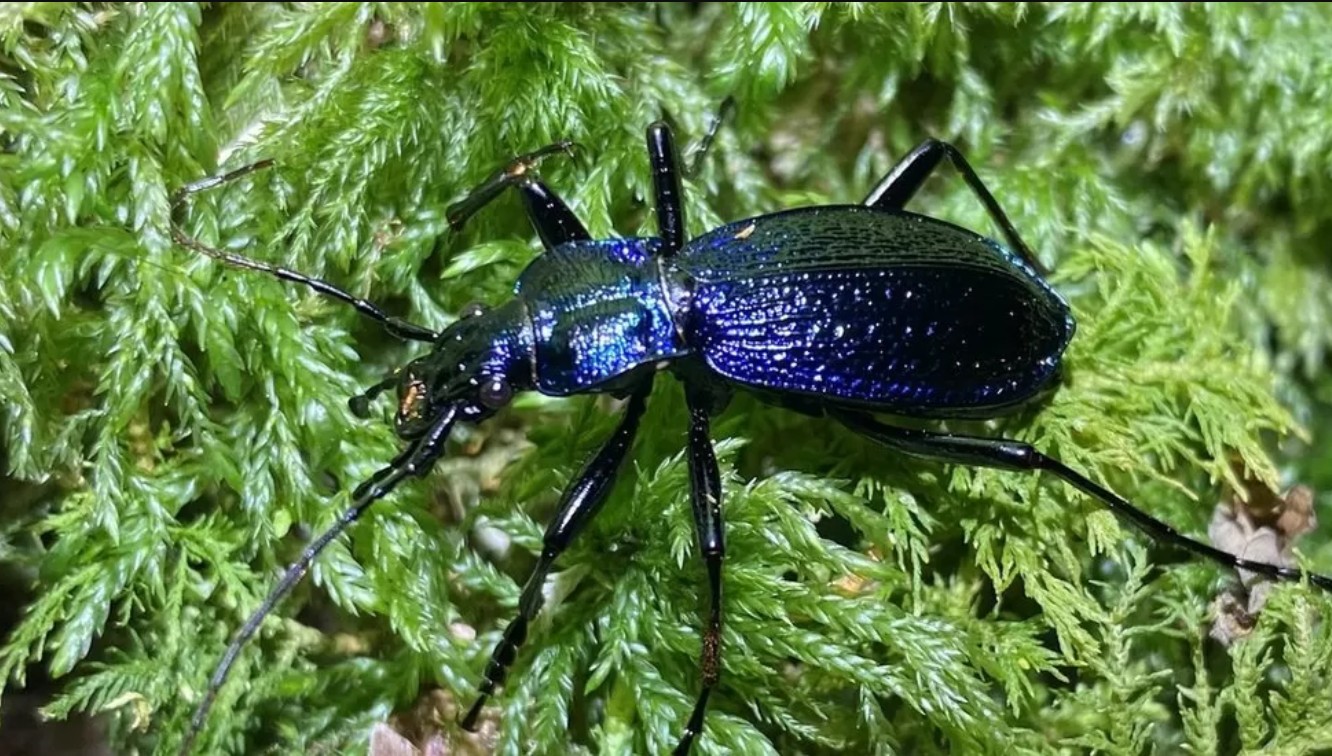 Blue Ground Beetle has been found previously at 13 sites across Devon, Cornwall and South Wales (Buglife).

Laura Larkin, conservation officer, said the bug had previously been discovered at just 13 sites across Devon, Cornwall and South Wales. Six of these were on Dartmoor, so there are now eight known populations there. It is also thought a population on Cornwall's Bodmin Moor could be much larger than originally thought after a walker spotted one outside its usual range.

Ms Larkin described the findings as "really exciting", adding: "The fact that we now know of 15 UK sites is an incredible boost for these magnificent beetles, and there is still more work to do."

Buglife's Dartmoor Blue Ground Beetle project, funded by Papillon Gin, was established to survey Dartmoor woods. Working with local volunteers and naturalist John Walters, the project team have spent many "damp torchlit nights" on the hunt for the species.

Richard Knott, Dartmoor National Park Authority's ecologist, said: "The discovery of these new sites is very exciting and indicates that Dartmoor habitats remain favourable for this rare and fascinating species."

.Blue Ground Beetle can can grow up to 38 mm and is named after its striking blue wing cases. It makes its home in damp deciduous, often ancient woodlands of oak and beech.