The government says the Local Nature Recovery scheme "will pay farmers for locally-targeted actions which make space for nature" and is a more ambitious successor to the Countryside Stewardship scheme. The Landscape Recovery scheme, it says, will "support more radical changes to land-use change and habitat restoration".

Following collective disappointment at the announcement of the Sustainable Farming Incentive before Christmas, leading UK wildlife charities have welcomed the latest commitments to ambitious environmental land management and radical landscape scale change, but are concerned the latest announcements are lacking clarity on how the schemes will work and achieve true integration of farming and nature.

The Wildlife Trusts, National Trust, and RSPB warn that time is running out for the government to get farming reforms right in order to halt species declines by 2030 and tackle the worsening climate emergency. 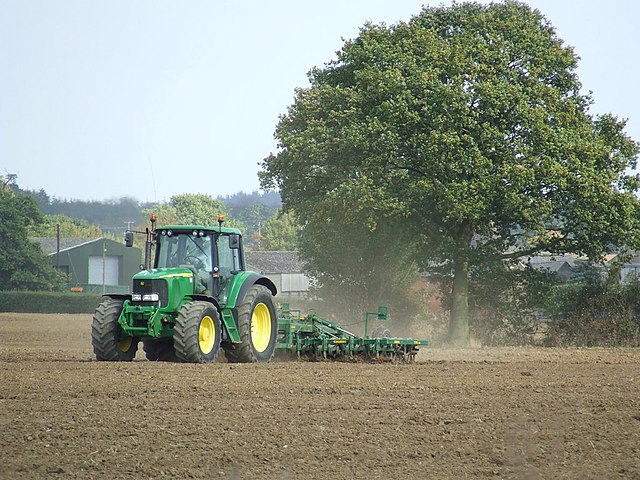 Agricultural intensification is the leading cause of the UK's catastrophic biodiversity loss over recent decades (Keith Evans / commons.wikimedia.org).

Farming covers around 70% of the land in the UK, and the intensification and industrialisation of agriculture is the leading cause behind catastrophic wildlife declines in recent decades.

Leaving the EU provided Britain with the opportunity to change how it supported landowners to manage land for nature, as well as producing food in a sustainable way.

However, the UK's three biggest nature charities say this golden opportunity is in jeopardy, with key information still missing less than two years until the scheme is meant to be fully rolled out.

The charities point out that the documents fail to provide:

Craig Bennett, Chief Executive of The Wildlife Trusts, said: "The real test of this agricultural transition is not so much whether it is a little bit better or moderately better than what came before, but whether it will be enough to deliver on the government's targets to get 30% of land managed for nature by 2030, to halt the loss of wild species abundance by 2030, to deliver on the government's own 25-year environment plan, and to make sure farmers are supported so that they help solve rather than  worsen the nature and climate crises. Anything less than that means that this historic opportunity will have been wasted. While we're hearing the right noises from government, the devil will be in the detail and the detail is still not published nearly six years after the EU referendum."

Beccy Speight, Chief Executive of RSPB, added: "We need ambitious and radical schemes that reward farmers for taking the necessary action to tackle the nature and climate crises. On this we are in complete agreement with the government. However, once again the welcome rhetoric isn't being matched by the urgency and action that the situation demands, and a lack of detail on how these schemes will work in practice is still a cause for concern for both us and farmers."

Hilary McGrady, Director-General of the National Trust, commented: "We cautiously welcome today's announcement but mention of the new Local Nature Recovery scheme as being an 'improved and more ambitious successor' to Countryside Stewardship continues to send the wrong signal to farmers. The health of our natural environment is core to the future sustainability of food production in this country and we need government to guide and support farmers to embrace the opportunity of an integrated approach that leads us away from mistakes of the Common Agricultural Policy. Only then will we have a chance of securing nature's recovery."

At COP26, the Secretary of State said the government is "leading the way through our new agricultural system in England, which will incentivise farmers to farm more sustainably, create space for nature on their land and reduce carbon emissions", but the charities said the scheme was at risk of recreating the status quo by funding basic good practice, and in some cases not providing benefits for nature at all.