WHSRN sites are broadly similar to the Important Bird Areas (IBAs) developed by BirdLife International, and both the new areas will add to the interconnected wetland staging and wintering posts important for generally declining Nearctic shorebirds to survive.

Banco dos Cajuais is a huge coastal wetland WHSRN site on the north-eastern coast of Brazil, while Bahía de Todos Santos is the new site in Mexico and is the WHRSN’s 99th site. The latter is close to the USA and shares shorebird species and subspecies with nearby California. It is a large marine bay in extreme north-western Baja California State, close to the city of Ensenada. As the shorebird flies, it is only about 70 miles south of San Diego, California.

The WHSRN designation covers 5,169 acres of the most important shorebird habitat centred on the major Estero Punta Banda estuary, and includes intertidal mudflats, riverine deposits, sandy and rocky beaches, sand dunes and saltmarshes. Although the area is not formally considered a protected area, Estero Punta Banda receives conservation attention under the Ramsar Convention (the international treaty intended to preserve wetlands and promote their sustainable use). The region has been damaged by oil exploration and housing development in recent years. 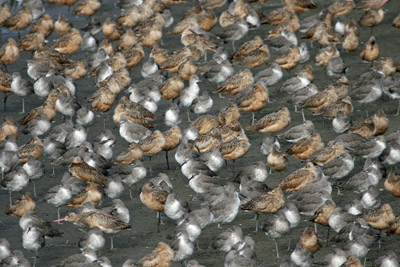 A mixed flock of 'Western' Willet and Marbled Godwit at Moss Landing, Monterey County, California; both species will benefit from the creation of the new reserve to the south in northern Baja California, Mexico (Matt Jones)

Among the interesting birds the reserve sustains are more than 4 per cent of the Pacific population of the nominate subspecies of Snowy Plover, a form considered threatened in both Mexico and the USA and near threatened at a global level. The Bahía de Todos Santos regularly holds important numbers of the roselaari subspecies of Red Knot, the western inornatus subspecies of Willet and Marbled Godwit.

Historically, numbers for all three taxa have reached the threshold for WHSRN status, and it is expected that regular monitoring by Terra Peninsular and the Centro de Investigación Científica y de Educación Superior de Ensenada will reveal that this remains the case. The area is also important as a breeding site for Californian browni Least Terns which have special protected status in Mexico, as well as the threatened beldingi subspecies of Savannah Sparrow, unique to California and western Mexico. 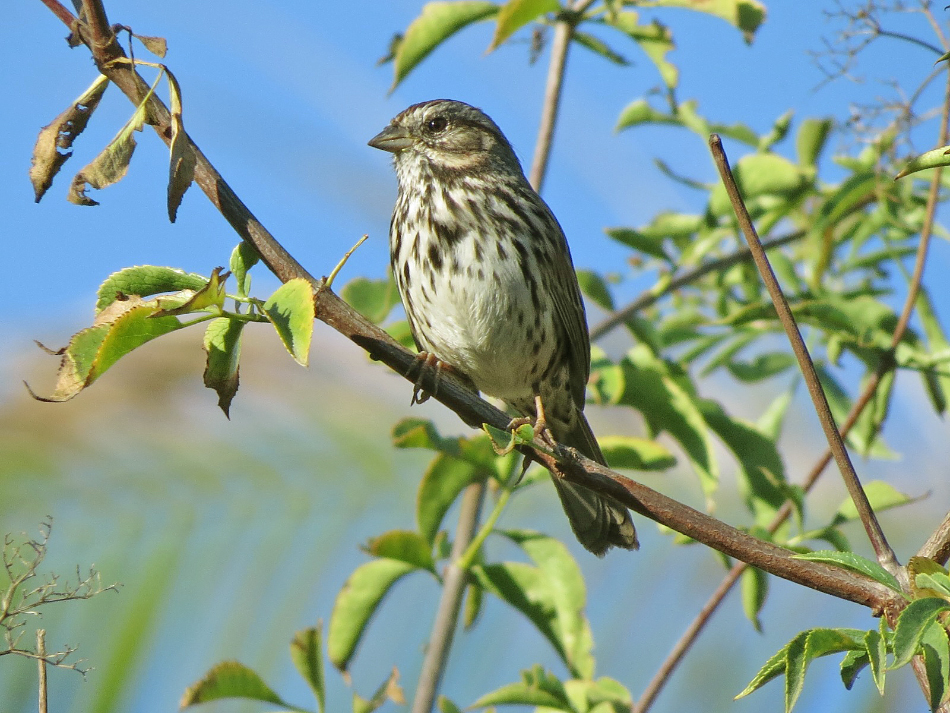