Two species of fungi new to Britain and another previously unknown to science have been discovered in the Cairngorms.

Amanita groenlandica is an Arctic species, while Acrodontium antarcticum was first recorded on the opposite side of the world in Antarctica. The previously unknown species uncovered is from a group called Squamanita.The group includes a rare parasitic fungus nicknamed 'the strangler', due to its ability to take over other fungi. 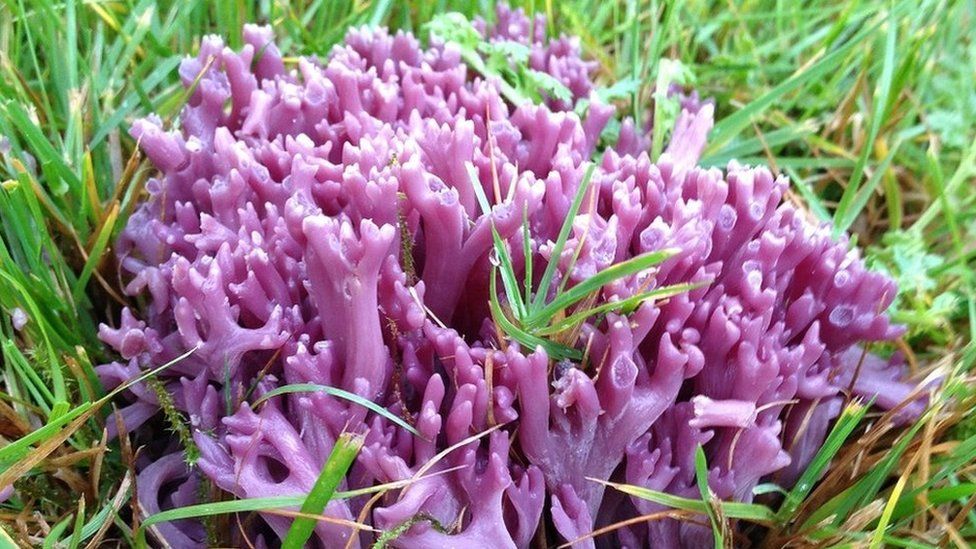 Other finds included Violet Coral Fungus in alpine grasslands on two mountains. This species is one of the UK's rarest grassland fungi. The Cairngorms is home to Arctic-alpine species because of its cold habitat and climate

Hill walkers collected samples of soil at different altitudes from 55 Munros in the Cairngorms National Park. DNA was extracted from the soil and sequenced by scientists at the James Hutton Institute. This resulted in more than 17,000 records of 2,748 fungal species.

Plantlife's Keilidh Ewan said the project had offered fascinating insights into wildlife high on mountains. She said: "The coming together of researchers, conservationists and the local community has uncovered some wild and wonderful species and has created evidence-based foundations against which the effects of climate and environmental change can be monitored going forward.

"This is helping us to understand the threats that this fragile habitat is facing and, ultimately, the more we understand, the better we can protect these much-loved places for the future."