People and wildlife could be better protected from Britain's worsening flooding problems and the environment could even benefit through new guidance published on 10th January. The Wildfowl & Wetlands Trust (WWT) and RSPB have developed a guidance manual to help local authorities and developers use natural features to protect homes and businesses from future flooding, and to provide a safe habitat for wildlife at the same time.

The manual complements aspects of the Flood and Water Management Act 2010 that aim to reduce flooding and pollution by preventing new developments from directing storm water straight into sewers. Architects and planners are already looking at ways to re-route surface run-off slowly and safely. This manual gives them detailed advice on how to do this in ways that will also benefit wildlife and local people, including:

Content continues after advertisements
WWT Chief Executive Martin Spray launched the guidance in Westminster, and said, "Britain has contributed to its own flooding problems by removing natural wetlands which release rainwater slowly, and replacing them with tarmac and roofing which cascade rainwater quickly towards flooding flashpoints. In the second half of the last century, we lost 55,000 hectares of wetland to new housing and industrial growth. That's the equivalent of more than four football pitches per day that is now unable to store water as it once did. If every new development were to contain small, low-cost mini-wetlands to absorb surface run-off this would protect us from more flooding and make for a greener environment for both people and wildlife. Our manual is a vital guide on how our architects and planners can achieve this easily and cheaply." 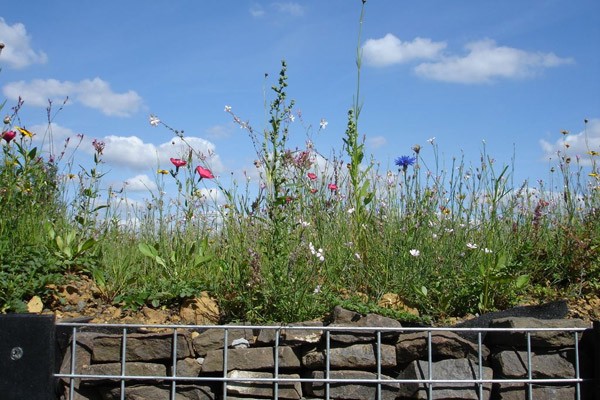 The guidance manual — Sustainable drainage systems: maximising the potential for wildlife and people — breaks down the steps required to create high-value green spaces at low cost. These have the attractive potential to be liveable spaces that bring communities together and benefit wildlife, while making the landscape more resilient to climate change. It has been written specifically for local authorities, which are responsible for authorising plans for sustainable drainage systems, landscape architects, developers, engineers and master planners. It is available for free via email.