New breeding site found for one of world's rarest birds

White-winged Flufftail, which is listed as Critically Endangered by BirdLife International, has been confirmed as breeding in South Africa, not just Ethiopia as previously thought, according to new findings by a team of researchers from BirdLife South Africa. 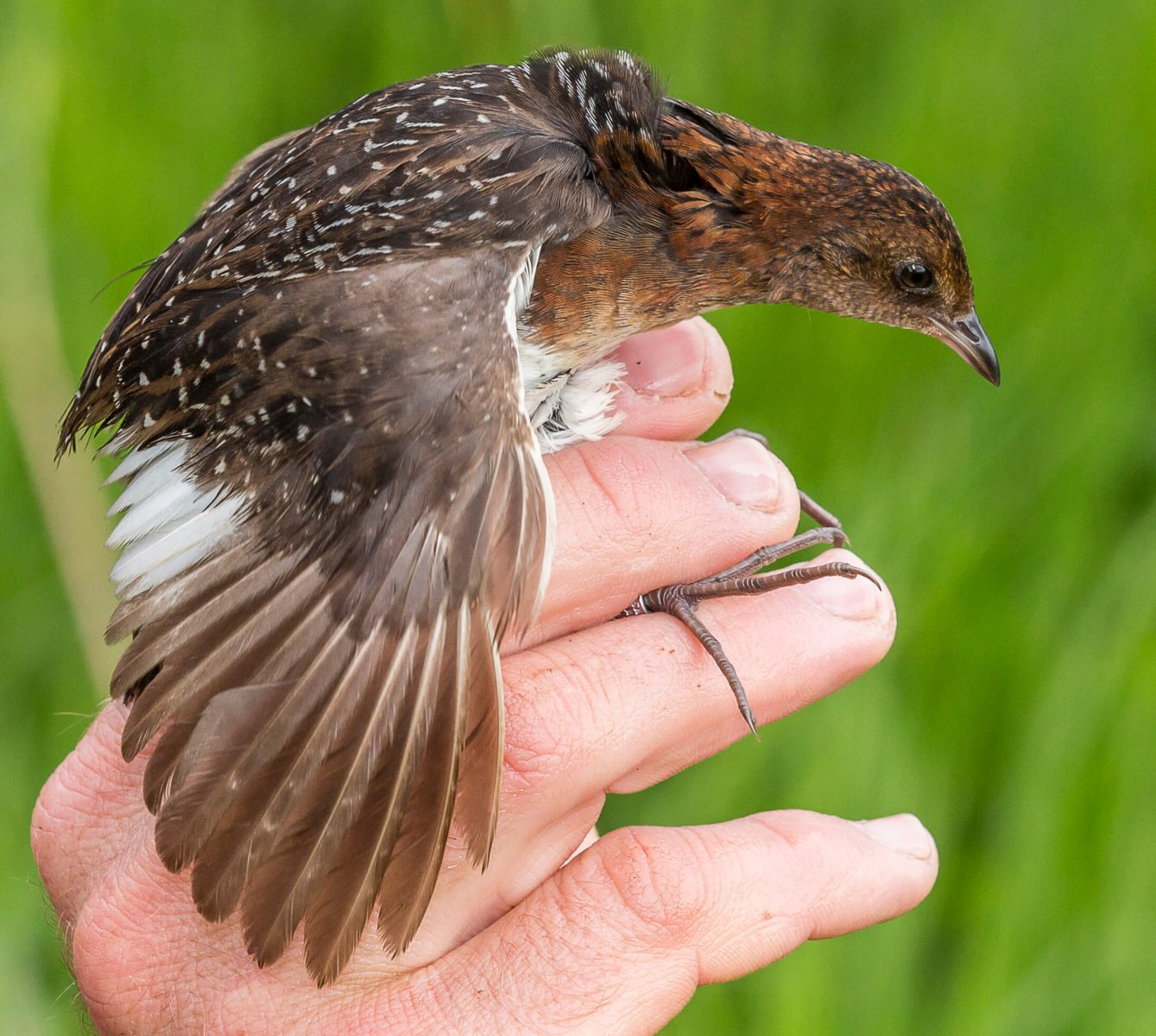 One of the South African White-winged Flufftails in the hand after being trapped in a BirdLife mistnet (Sergey Dereliev; BirdLife).

Recent footage of this cryptic rallid species has been captured by 'camera traps' at Middelpunt Wetland, South Africa. The site was previously thought to hold non-breeding visiting flufftails. The hidden cameras recorded images depicting a previously unknown but intriguing wing-flapping behaviour, with males and females displaying their white wing feathers to each other. Researchers speculated that this could be indicative of breeding, and later the proof appeared: the unmistakable image of a speckled juvenile scuttling through the reeds.

Conservationists need all the knowledge they can get if White-winged Flufftail is to be prevented from becoming the first recorded extinction of a mainland African bird. With recent estimates of its population numbering fewer than 250 adults, this obscure and elusive species is declining fast. Its high-altitude wetland habitats are being degraded by human activity, such as over-grazing by cattle, burning, conversion for agriculture and the build-up of pollution. To address this, BirdLife South Africa, the Ethiopian Wildlife and Natural History Society (BirdLife in Ethiopia) and local and worldwide organisations have joined forces to create the Flufftail Species Action Plan to protect this bird on the brink. 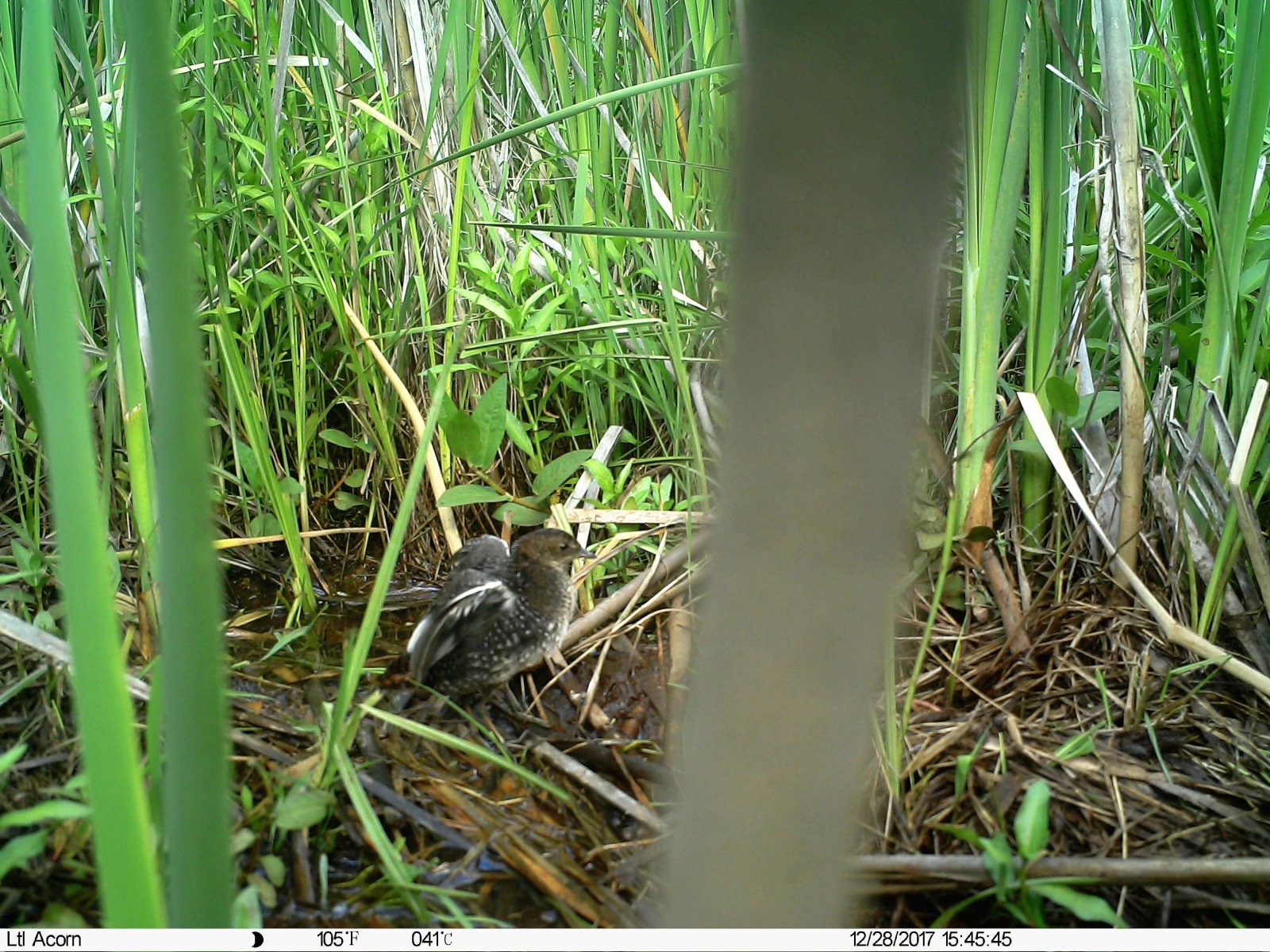 White-winged Flufftail is only regularly found in Ethiopia and South Africa. Recent DNA samples taken from feathers collected in both countries have shown birds from both countries to be genetically similar, implying they are the same population, migrating some 2,500 miles between the two countries. They breed at the Berga Wetland in Ethiopia during July and August, then travel to high-altitude wetlands in eastern South Africa from November to March.

However, it’s hard to gather any information about this secretive species. One of the main problems is that it’s not clear what its call sounds like, which means that the species has to be seen to be recorded. Over the past two years, BirdLife South Africa’s Robin Colyn and ecologist Alastair Campbell have developed an innovative camera-trap system, the BirdLife South Africa Rallid Survey Method, to film the species. 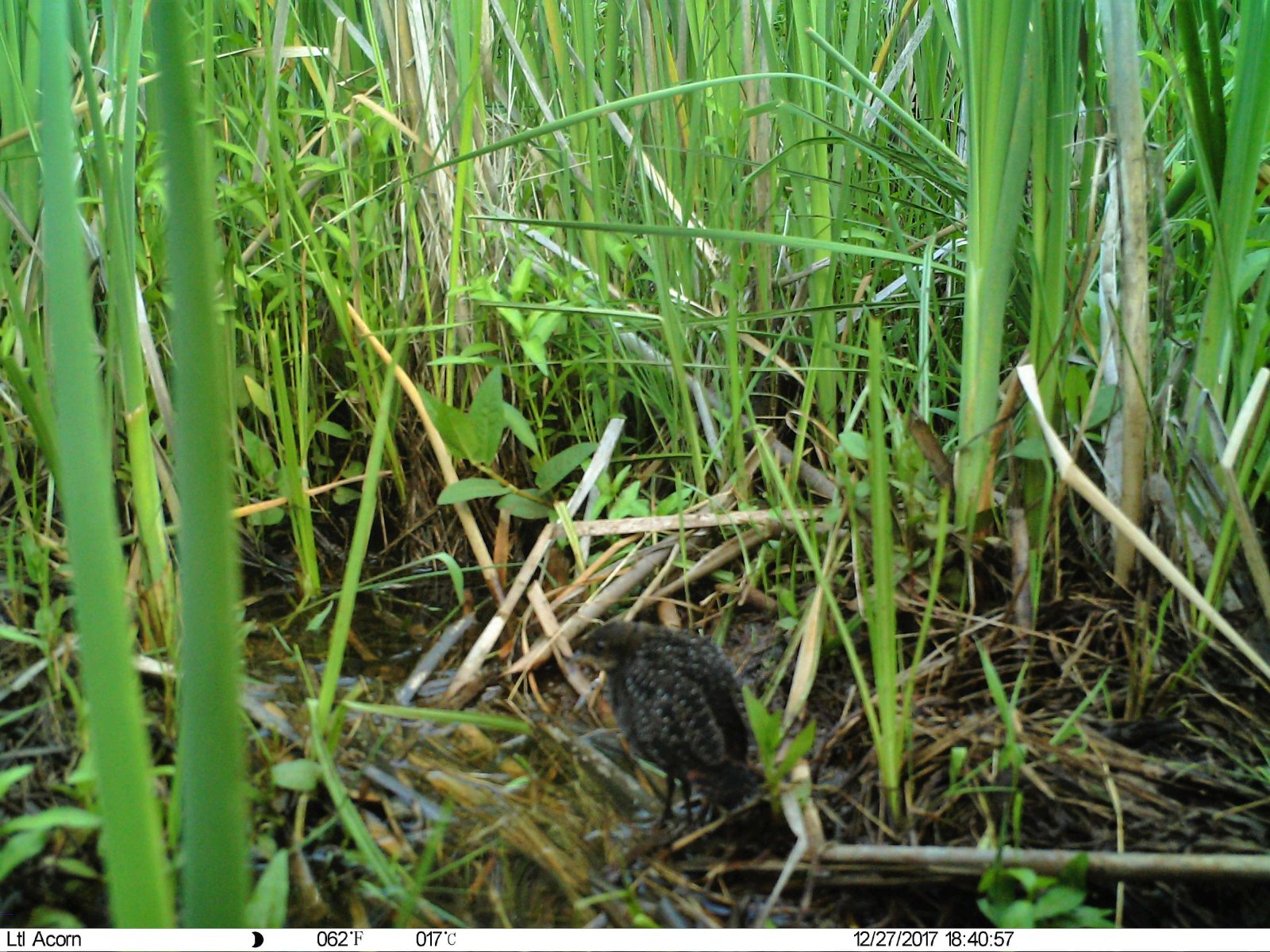 Cameras were set up at Middelpunt Wetland near Belfast, South Africa, and after sifting through about 400,000 photographs triggered by shrews and other small mammals, the team were amazed  by what they had found: the never-before-seen wing-flapping behaviour. Robin and Alistair then refined their technique and upped the number of cameras to 20, and that’s when they discovered solid proof of breeding.

White-winged Flufftail is precocial, meaning its chicks leave the nest soon after hatching. Thanks to their independent behaviour, cameras caught chicks ranging from only a couple of days old to juvenile birds aged about four weeks. In fact, 125,000 images show a minimum of three clutches and at least two mating attempts.

“The bird books will need to be re-written,” enthused Mark Anderson, CEO of BirdLife South Africa. “We now have 100 per cent confirmation that White-winged Flufftail breeds at Middelpunt Wetland.”

A new breeding site doesn’t necessarily mean greater numbers, however. “We are still unsure what our findings mean for White-winged Flufftail conservation,” added Dr Hanneline Smit-Robinson, BirdLife South Africa’s Terrestrial Bird Conservation Programme Manager. “Our survey method did, however, confirm a low abundance; therefore, until further knowledge, our assumption holds that this species is extremely rare and remains on the brink of extinction.

“BirdLife South Africa would like to expand its use of the newly developed Rallid Survey Method to at least another three wetlands in South Africa to confirm the presence of, and hopefully breeding by, White-winged Flufftails at these sites.”

Middelpunt Wetland is a Protected Environment run by a private landowner in collaboration with BirdLife South Africa, but the flufftail may also be breeding in more vulnerable areas.

“At last we’re a step closer to solving the mystery of the ‘migration’ of one of the world’s rarest birds,” said Andy Symes, BirdLife International Red List Team. “But there is still a great deal to learn, and we encourage people to support BirdLife South Africa to enable them to collect more data in order to ensure that this highly threatened species can get the protection it so desperately needs.” 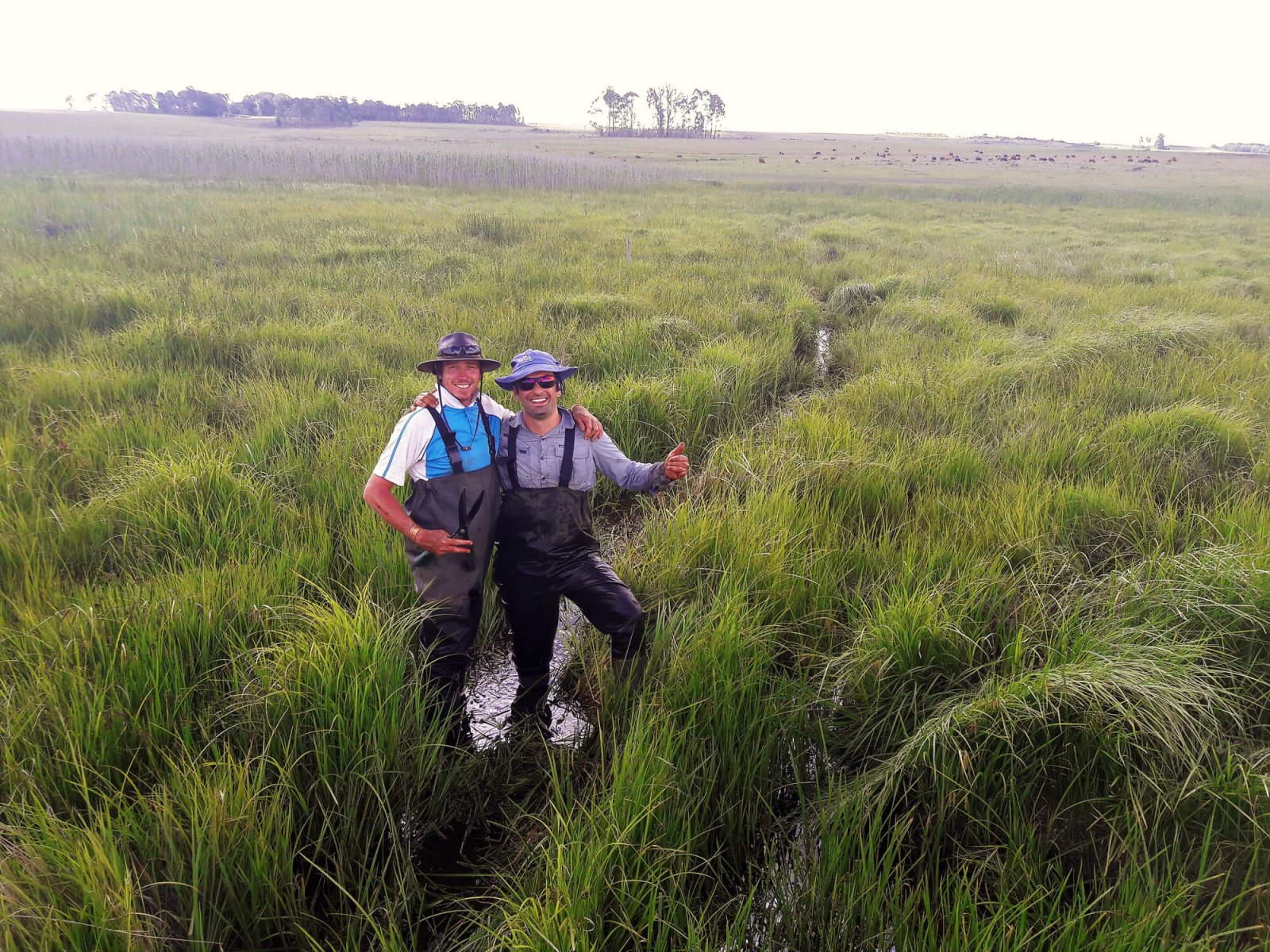 The White-winged Flufftail survey team in a sedge meadow, elated after confirming the presence of the Critically Endangered species (BirdLife).