WWT has begun work on a ground-breaking new project to perfect the process of breeding waders as part of its conservation breeding program. The project is currently focused on hatching and rearing two wader species — Ruff and Dunlin. Its goal is to research and test husbandry methods on these birds so that, should the day come when conservation breeding is the only lifeline for an endangered wader, WWT is prepared. 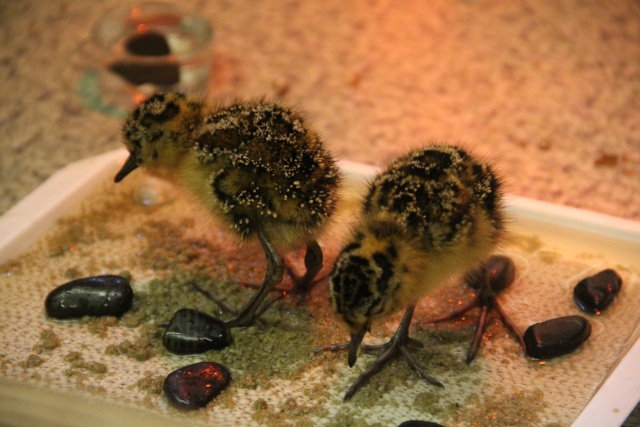 Waders are a particularly vulnerable group of birds, as tidal wetlands around the world are squeezed by rising sea levels and inland waters are altered for power and flood protection. 23 species of wader are now globally classed as Vulnerable, Endangered or Critical, with a further 20 species classed as Near Threatened. Two of these are UK birds: the Black-tailed Godwit and Curlew. Three wader species have also been lost entirely in recent history and the Slender-billed Curlew is either on the brink or already extinct.

WWT's Head of Conservation Breeding, Nigel Jarrett, explained how the project has begun with the rearing of four Ruff at their Slimbridge Wetland Centre: "We obtained some eggs and hatched them in an incubator and we're now just learning about the chicks' needs so that we can rear them successfully and then apply those rearing skills and know-how to other projects. Their daily pattern seems to involve sleeping for 10 minutes and then feeding in 10-minute bursts, so that they're constantly either on the go full on or completely zonked."

The Ruff chicks are currently thriving at the breeding facility, with the help of some ingenious props thought up by Nigel, which include a Christmas tree and a fluffy toy rabbit.

"In the cubicles, we've got an artificial Christmas tree broken up into pieces and moulded into a dense shelter so that the birds can get underneath and shelter if they can hear us talking or they feel too hot. So we've got a perfect living environment for them and they seem to be growing normally and very quickly." explained Nigel. 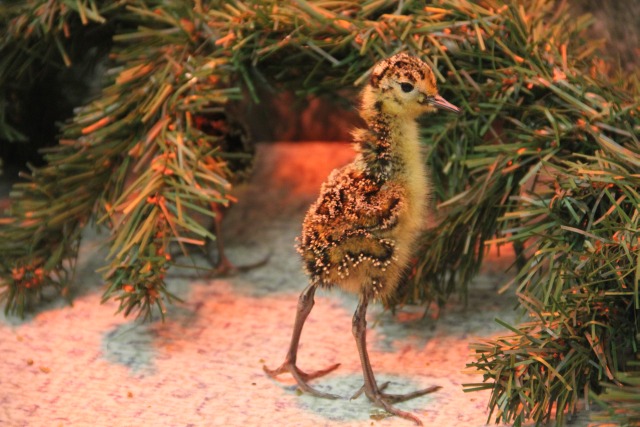 As for the cuddly toy — "When wader chicks first hatch they're just like a lot of fluffy birds — their down can be matted against their plumage. In nature, when they're brooded by mum, she sits on them and that down then fluffs up. Of course in this situation we haven't got a mum so what I've used for the birds to sit against is a toy rabbit, as we have found the fluffy texture has the same effect and the chicks will nestle up to it. The birds got underneath shortly after they hatched and just from friction the down has fluffed up and now they're able to keep themselves warm."

Rearing waders is very different to rearing ducks, added Nigel: "They're very different to ducks as they take a long time to hatch. From when the chick pips the shell it can take up to four days for the chick to come out, which is, compared to a duck, a huge amount of time."

The wader chicks are also very active and quite highly strung, he said. "They seem to get stressed quite easily so we keep the birds behind shade screens so they can't see us walking to and fro. That's important, because disturbance, as well as overheating, can cause them to develop growth problems and develop a crick in their neck and grow up with bent necks, so we've got to keep the temperature just right and make sure disturbance is kept to as low a level as possible."

But despite the steep learning curve, the four chicks are doing well. "We're really delighted with what we've achieved so far." said Nigel. "It's the first time we've tried rearing waders and it's been a very exciting time. We've learned a lot and so far we haven't done too badly, and we've also got some Dunlin in the Slimbridge duckery that are almost fledged."