New bird species found in the heart of Borneo

The Spectacled Flowerpecker, a bird species new to science, has been discovered in the heart of the Bornean rainforest. However, the species is so little known that it has yet to be given a scientific name. A biologist from the University of Leeds and two leaders from tour company Field Guides came across a pair of the new species near the Borneo Rainforest Lodge in the Danum Valley Conservation Area in Sabah, Malaysia, last year. Their findings are published today in the latest issue of the Oriental Bird Club's magazine, BirdingASIA.

On 18th June 2009, Richard Webster was making his way along a 250-metre canopy-walkway, built to allow visitors the thrill of seeing the tropical rainforest canopy at eye level, when he stopped to examine some flowering mistletoe in a tree, some 35 metres above ground level. There, amongst several familiar species of flowerpeckers (small, wren-sized birds that specialize in feeding on mistletoe berries), was a bird that he could not recognize. Fortunately, Webster managed to obtain some photographs. 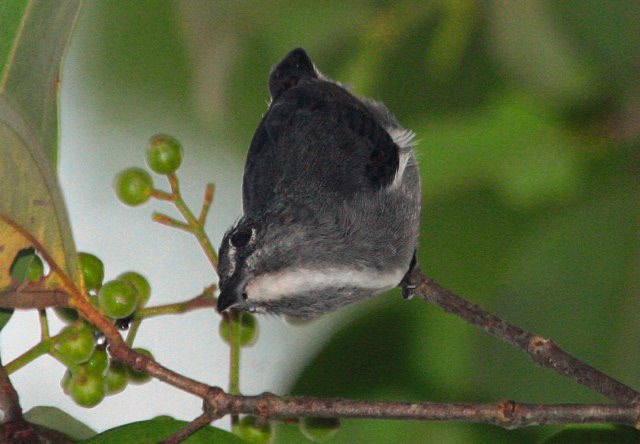 They showed an attractive grey bird with bright white arcs above and below the eye, a white throat extending as a broad white stripe down the centre of the belly, and white tufts at the breast sides. Back at the Lodge, Webster consulted with Dr David Edwards, a Fellow at Leeds University's Faculty of Biological Science who has been conducting ornithological studies in the region for three years. They soon realized that this was a species never before recorded from Borneo and — following visits to museum collections in London, New York and Washington DC later that year — nowhere else either. 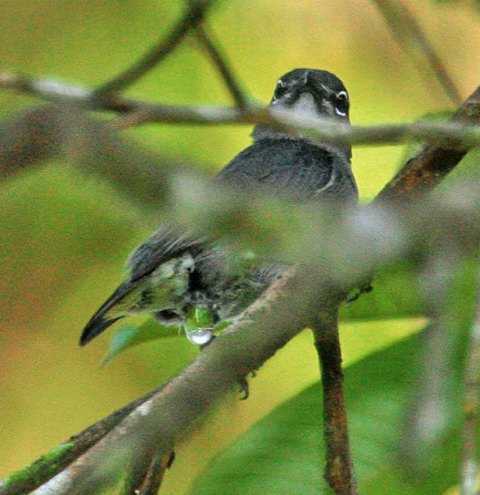 Over the following days, Webster, Edwards and Rose Ann Rowlett made further observations and found at least two of the unknown birds feeding on the mistletoe and even heard one bird singing.

"The realization that in all probability we had been watching a species unknown to science was an incredible feeling — elated because we were on the verge of an amazing discovery, but mixed with trepidation in case it is never seen again," said Edwards. "It was the kind of moment you dream of — like we'd won the pools and the World Cup on the same day."

Edwards revisited the area several times between June and August, but there was no further sign of the birds. The group's findings are reported in the expectation it will lead to further sightings of the bird and its formal scientific description as a new species.

"We hope the announcement of our discovery will lead to our ultimate goal: conservation of the new species and large tracts of its habitat, which is under threat from clearance for oil palm agriculture," said Edwards.

The finding is all the more remarkable given its location in Danum Valley, where a scientific research station has been in operation since 1986.

"The discovery of a new bird species in the heart of Borneo underlines the incredible diversity of this remarkable area," said Adam Tomasek, leader of WWF's Heart of Borneo Initiative.

"It further emphasises the importance of the commitment already made by Brunei Darussalam, Indonesia and Malaysia to protect the heart of Borneo — but also highlights the need to fast-track implementation of these commitments to ensure the many new species discovered in the area survive."

Jean-Christophe Vié, Deputy Director of IUCN's Species Programme, said: "This discovery shows once more how little is known about the diversity of life on our planet. 2010 is the International Year of Biodiversity. It is an opportunity to increase our knowledge of nature and its functioning, explain its importance to the wider public, and most of all, undertake action to reduce the current threats in order to allow thousands of more discoveries like this one in the future."