The first phase of a new native woodland has opened in the Belfast Hills in Northern Ireland.

Glas-na-Bradan Wood, above Newtownabbey, has been planted by members of the public on land that was bought by the Woodland Trust a year ago. The trees are all native species and have been dotted all over the first 15 ha of the site. Another 11 ha will be added every year for the duration of this five-year project. 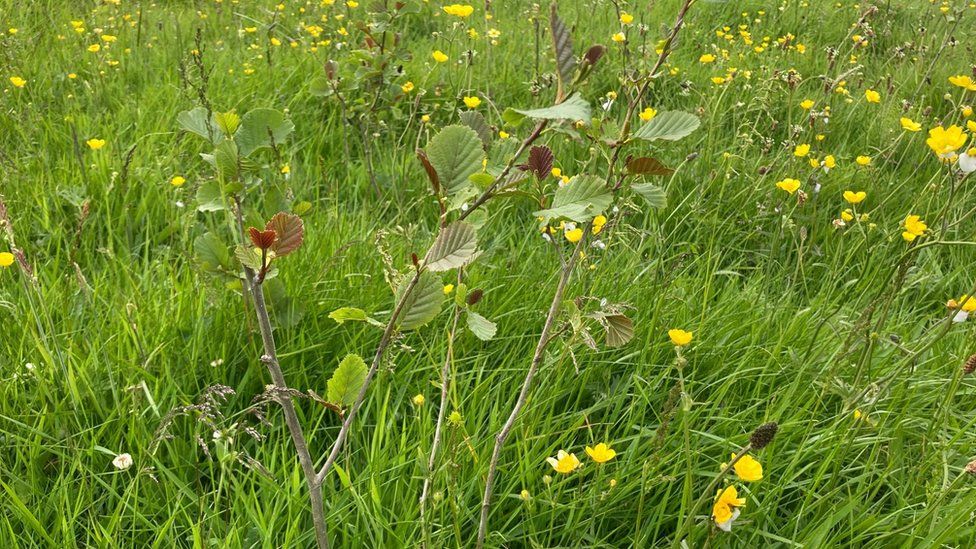 "We've such a little amount of native woodland in Northern Ireland, and our native ancient woodland, we've only 0.04% land cover," said Gregor Fulton, senior outreach manager at the Woodland Trust.

"We wanted to plant native trees that would extend and protect the ancient woodland of Cavehill Country Park, and also look good on the landscape."

While one aim is access,  creating a patch to open up the natural resource of the Belfast Hills, the public has also been involved in creating the new native woodland. "We've 150,000 trees to plant and we wanted to get the community to plant them all," said Mr Fulton.