A nationally important site for wildlife and heritage has been delisted as a nature reserve by Natural England at the request of new owners.

Fyfield Down, one of Wiltshire's most important wild landscapes, has been stripped of its reserve status. The site, just east of the famous stone circle at Avebury, was leased to the Nature Conservancy (a predecessor of Natural England) in 1955 and declared an NNR in 1956. The site lies within the Avebury World Heritage Site and the North Wessex Downs AONB. 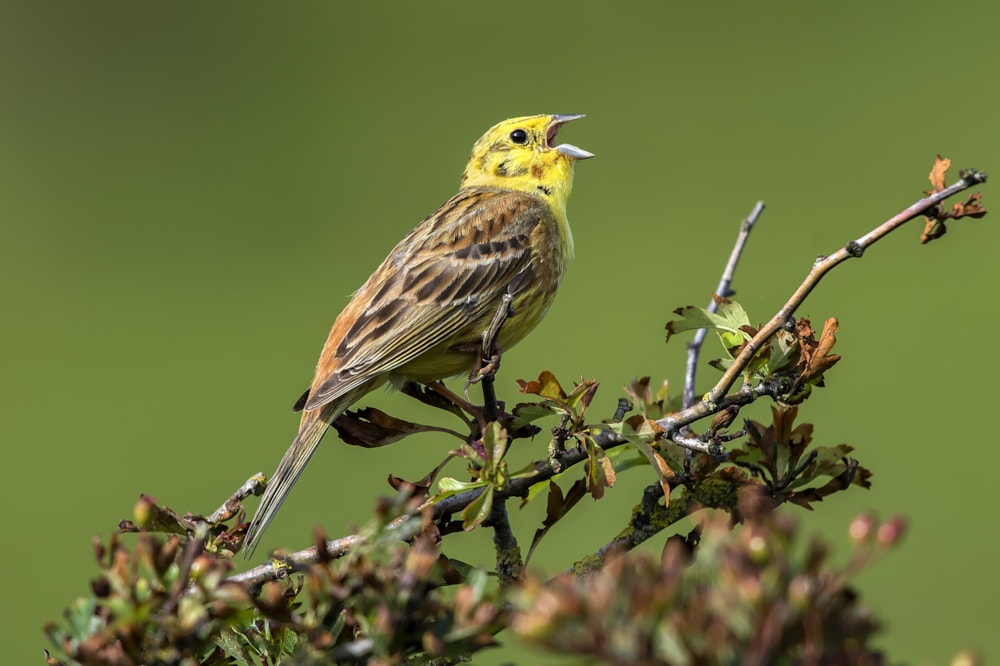 Fyfield Down is home to declining species such as Yellowhammer (Tony Flashman).

The 233 ha comprising Fyfield and nearby Overton Downs changed hands in 2015 and the new owners, Kingsdown Farm Ltd, served notice in 2019 to activate a break clause in the lease to Natural England in order to de-declare it as a National Nature Reserve.

Rachel Williams, Wessex Area Manager for Natural England, said: "The land remains a Site of Special Scientific Interest and the de-declaration does not include any changes to public access arrangements. We will continue to work with the landowner to ensure continued protection for the special habitats and archaeological features that the site supports."

Fyfield Down is a large chalk grassland with a nationally important geological feature: a river of sarsen stones deposited by glacial action. The stones are noted for outstanding assemblages of lichens and the grassland includes characteristic chalkland species such as Round-headed Rampion, Frog Orchid and Chalk Milkwort. Fyfield Down also has important populations of hares, downland invertebrates and birds such as Eurasian Skylark and Yellowhammer.

As well as the wildlife interest, there are grazing and shooting rights on Fyfield and Overton Downs. Some local walking groups and naturalists have expressed concern that shooting might be extended over more of the old nature reserve and this could have a negative effect on existing biodiversity and, potentially, access.