At least 2,400 – and probably as many as 5,000 – individual birds of some 25 species have been discovered dead at Sambhar Lake in Rajasthan, India.

This is an unprecedented occurrence at India's largest inland salt lake, which is located some 80 km south-west of Jaipur. "We have never seen anything like this," said local birdwatcher Abhinav Vaishnav.

Locals began to discover huge numbers of dead or dying birds over a 15-km stretch of the lake a few days ago, but the exact number of casualties still unknown. Many of the species found are migratory, spending the winter in India. These include wintering waders such as Ruff, Green Sandpiper, Kentish Plover and Black-winged Stilt, as well as Pallas's and Caspian Gulls. Ducks including Ruddy Shelduck, Garganey, Common Pochard and Northern Shoveler were also among the victims. 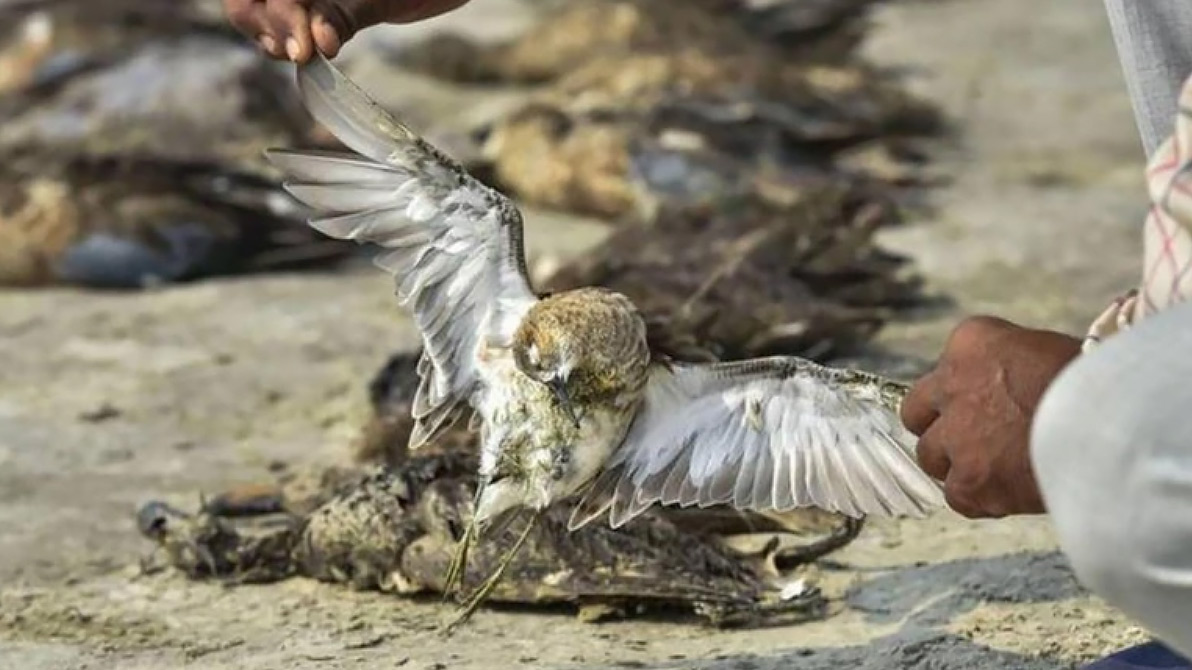 Many waders, including this Ruff, have been picked up dead at Lake Sambhar in recent days (PTI).

The cause of this mass die-off is currently unknown. Arun Prasad, Rajasthan's Chief Conservator of Forests, said the deaths were unlikely to be due to disease as birds were perfectly healthy at other nearby waterbodies and wetlands.

Instead, it is suspected that toxicity due to high saline and alkaline levels in the water, in an area where salt is manufactured, may be to blame. Another possibility is a freak weather event – forest official Rajendra Jakhar told Press Trust of India that a hailstorm which hit the area a few days ago may have caused the deaths.

Officials have collected some bird carcasses and water samples and sent them to a pathology lab in central Madhya Pradesh state to be examined, with results expected back over the coming weekend. In the meantime, local workers have been collecting the carcasses in the back of a truck and burying them in a large pit. 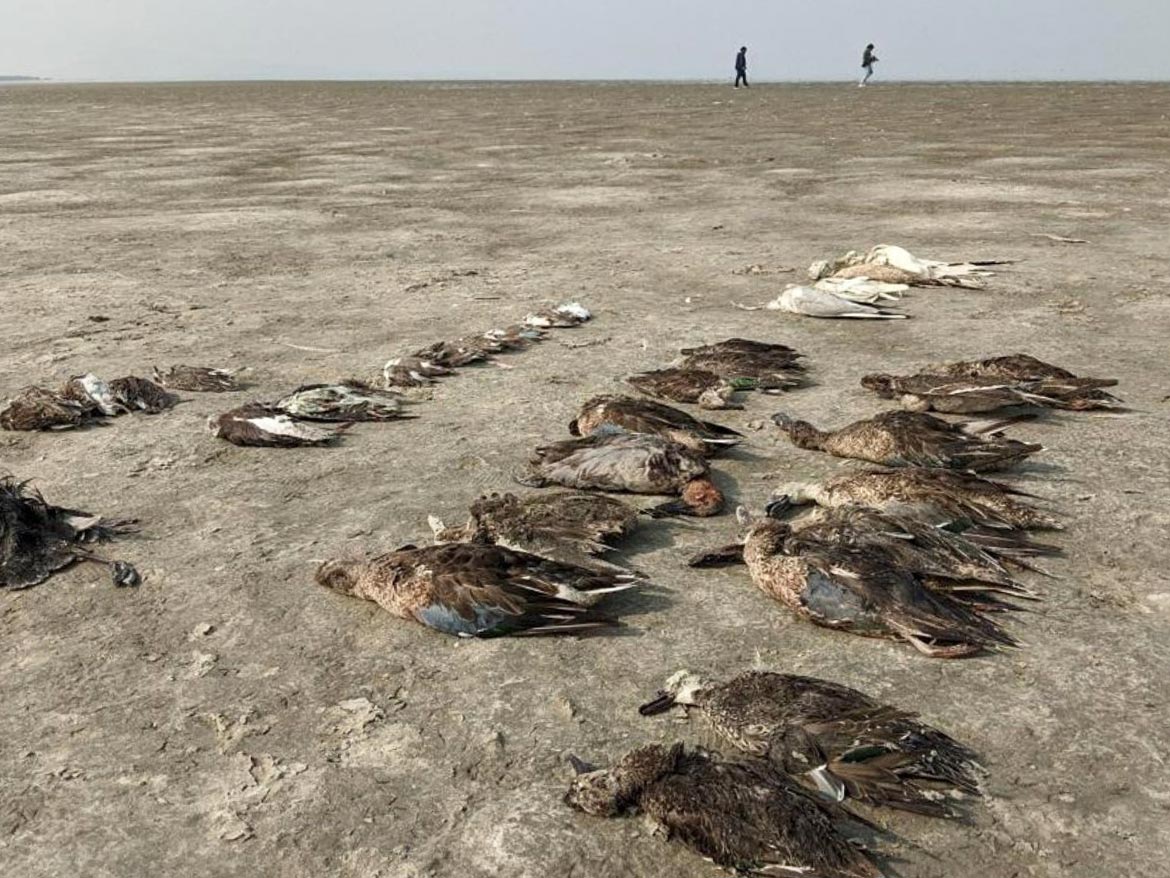 In this image, Common Pochard, Garganey, Northern Shoveler plus several waders and gulls can be seen (India Times)