Conservation group NABU has reported that large numbers of Blue Tits are being found dead or dying in gardens across Germany.

The first cases were reported from Rheinhessen, in the state of Rhineland-Palatinate, on 11 March. By 8 April, in excess of 60 cases involving more than 150 dead tits had been noted in an area stretching from Rhineland-Palatinate eastwards through Hessse to Thuringia (the latter just west of the city of Leipzig).

While the victims are predominately Blue Tits, there have been cases of other species, such as Great Tits, also suffering. The diseased birds are being observed in the vicinity of garden feeding stations, and are immediately noticeable because they no longer react to the environment around them. Blue Tits are being found sat apathetically with their feathers fluffed up, making no attempt to escape approaching people, and then dying shortly afterwards. 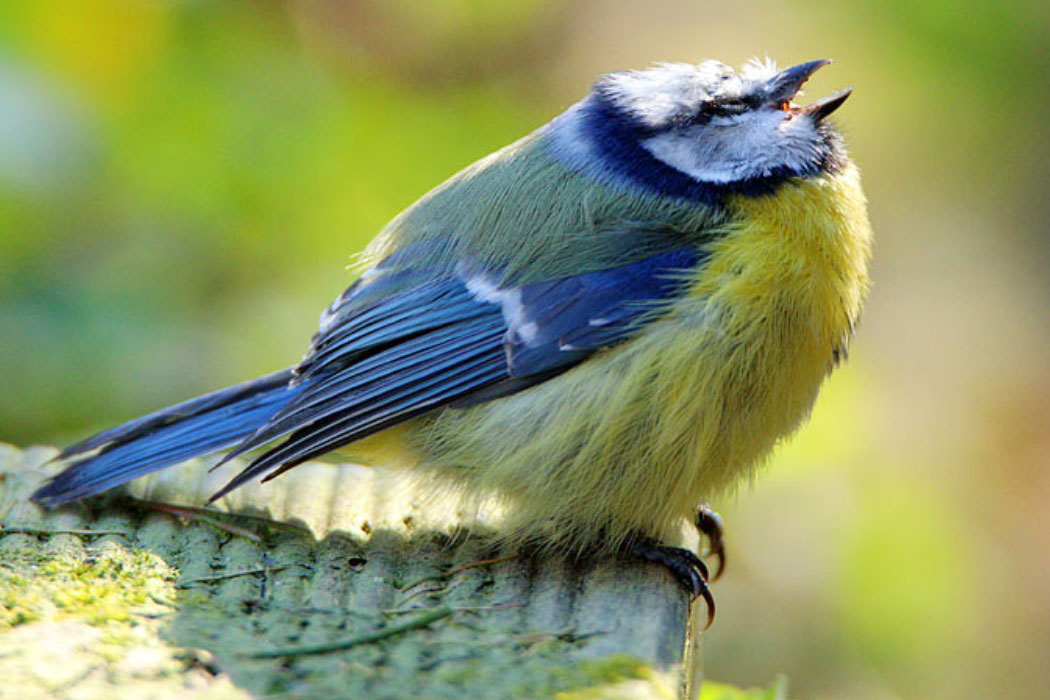 Other alleged symptoms of the disease include that the birds appear as if they have breathing problems, that some of the head feathers have fallen out and that the eyelids appear stuck together. Diseased birds no longer consume food and apparently can no longer swallow. Some tits look like they are thirsty.

Worryingly, up to five dead tits are often reported from a garden, suggesting that this is a highly contagious disease. Unfortunately, nothing is yet known about what it is. The spring occurrence and the particular threat to Blue Tits fits no recognised disease. However, it is obvious that it is spread when birds meet, making feeding stations a point of transmission. As such, German homeowners are being asked to immediately stop feeding birds if they start noticing dead or dying tits in their garden – a social distancing for birds, so to speak.

In order to record and assess the spread of this new phenomenon and its effects on birds, NABU is asking for Germans to report of sick or dead Blue Tits and, if possible, send in corpses they find as samples for examination. While it has not yet been reported from any other nation, its spread seems a worryingly realistic prospect throughout Europe, given its known advances so far.