The RSPB has welcomed the challenge by a committee of MPs to the Government to take action over the 'systematic killing' of birds of prey. The RSPB trusts the Government will implement recommendations from the Environmental Audit Committee's (EAC) Wildlife Crime report to ensure the protection of birds of prey, which are being killed in large numbers each year in the UK.

Martin Harper is the RSPB's Conservation Director. Commenting on today's EAC report, he said, "The sustained illegal killing of birds of prey across the UK is shocking, not only in its scale but also its audacity. Our own report on wildlife crime, Birdcrime, shows that in 2011, there were 202 reports of shooting and destruction of birds of prey, and one hundred reports of poisoning incidents, involving 70 individual birds or animals. We are delighted that the Environmental Audit Committee shares our concerns about wildlife crime — particularly those affecting birds of prey. We urge the Government to heed this advice and we trust it will now take the lead on consigning these acts to history. The Committee has clearly signalled that the game is up for wildlife criminals and it's time for a step change in wildlife crime enforcement." 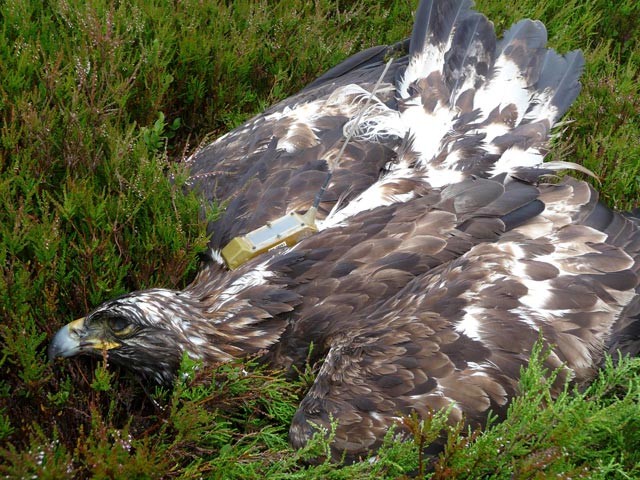 RSPB figures, published in the EAC report, show that of the 152 people who have been convicted of offences against all birds of prey under the Wildlife and Countryside Act 1981 since 1990, 70% were gamekeepers employed on shooting estates. This backs up further official reports, published by the Scottish Government and JNCC, that show that illegal persecution is the main reason why UK Golden Eagle and Hen Harrier populations are not recovering to their full potential. Official figures show the potential for more than 300 pairs of Hen Harriers to nest in the English uplands but, this year, just one pair bred.

A key theme of today's Environmental Audit Committee's report is MPs' concern over the misuse of poisons to persecute wildlife, which the committee notes the Government could resolve in weeks. The placing of poisoned baits to kill birds of prey is indiscriminate and not only poses a threat to the birds themselves, but also to other wildlife and even pet cats and dogs. The RSPB has been lobbying since 2006 for restrictions on the possession of some poisons to ensure that those with no legitimate need are prevented from owning them. The RSPB welcomes many of the Environmental Audit Committee's recommendations, including:

On 18th October, the RSPB launched an appeal and a £1,000 reward for information about a Marsh Harrier that was found poisoned in Humberside earlier in the year. Forensic analysis reveals that the bird was poisoned with Aldicarb — an agricultural pesticide that has been banned in the UK. Martin Harper said, "At least four species of bird of prey have been persecuted to extinction in the UK during the last 150 years, including the Marsh Harrier. Although these birds are slowly recovering their numbers, they remain vulnerable and acts like this represent a continued threat to these birds. It's time for the law to be upheld and that convicted of bird of prey poisoners should go to jail."

Section 43 of the Natural Environment and Rural Communities Act 2006 allows for the inclusion of a list of proscribed poisons and pesticides. The EAC report suggests the list of poisons, including Aldicarb, could be made by Government in a few weeks. The poisoning of this harrier is exactly the sort of crime which the EAC report says the Government could resolve in weeks.