Moth species is first for Scotland

A species of moth has been recorded in Scotland for the first time. 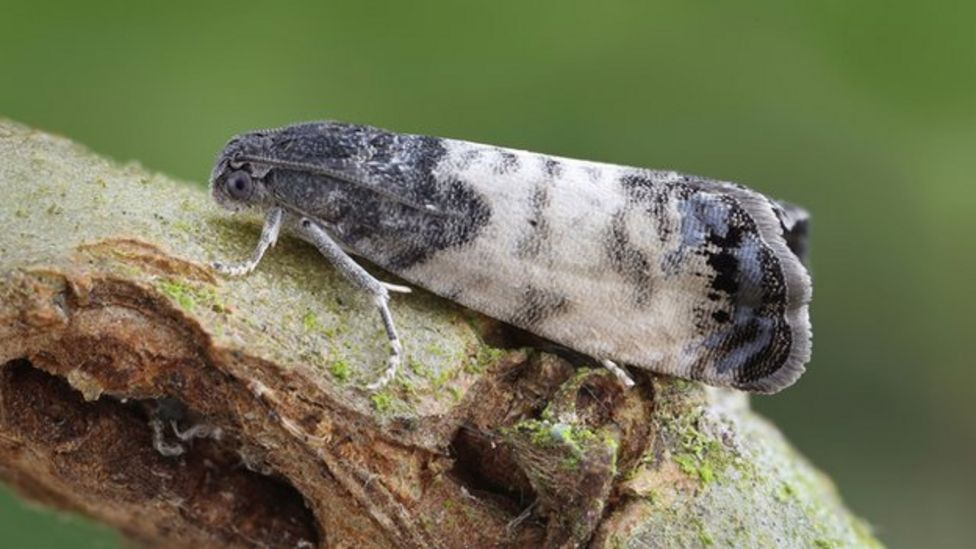 Sallow-shoot Piercer had not previously been recorded further north than Birmingham (Kevin Pluck).

However, the trust say the species is likely to be under-recorded. Bill Higgins, who first spotted the moth, initially was unable to identify the insect by consulting books and websites, but the mystery was solved when he reached moth expert Dr Mark Young through an online forum.

Mr Higgins said: "Mark said he had a good idea of what the moth was and suggested I refer to a publication about the tortrix moth family and come back with an identification. I then told him what I thought it was, bearing in mind that it had never been recorded in Scotland before.

"I was delighted when Mark agreed with my identification and confirmed that I had the privilege of being the first to record the moth on this side of the border. I'm thrilled about my find, even though luck determined that I was there when the moth alighted on a nettle. Another few minutes either way and it may not have been there at all."

Billy Gray, the Scottish Wildlife Trust's west central reserves manager, said: "Bill's exciting discovery shows there is lots we don't know about Scotland's wildlife. It's likely that this species of moth has been in Scotland for some time and has simply gone unseen or unnoticed.

"Much of what we do know about wildlife is thanks to a small army of citizen scientists who record and report what they see. It's incredibly useful to receive information about what people see on our wildlife reserves and there's information on the Scottish Wildlife Trust's website for anyone who'd like to get involved."